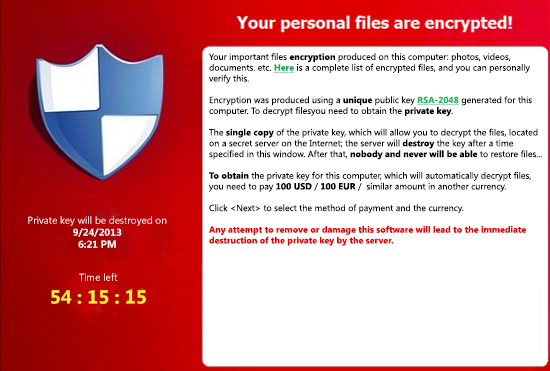 The CryptoLocker ransomware attack occurred between September 5, 2013, and late May 2014. It was identified as a Trojan virus (malicious code disguised as something harmless) that targeted computers running several versions of the Windows operating system. It gained access to a target computer via fake, spoofed emails designed to mimic the look of legitimate businesses and through phony FedEx and UPS tracking notices.

A free encryption tool was released for this in 2014. But various threat reports suggest that upwards of $27 million was extorted by CryptoLocker.[4]

How To Remove Cryptolocker Ransomware

Once your users detect a ransomware demand, virus, or network threat, they should immediately disconnect from the network. If possible, they should physically take the computer they’ve been using to their IT department. Only the IT security team should attempt a reboot.