Once they have control of an account, account takeover attackers can launch a variety of attacks, such as:

Brute-force attacks. The attacker, usually through an automated script, tries a username/password combination across many accounts until one works. These include so-called dictionary attacks, in which attackers use common passwords and dictionary terms to guess passwords.

Breach replay attack (also known as credential stuffing). It’s a bad practice, but many people use the same password for multiple accounts. If one of those passwords is leaked in an unrelated data breach, any other account with the same username (often an email address) and password is at risk.

Phishing. Old-fashioned credential phishing remains an effective way to get a victim’s password. Without controls such as multifactor authentication (MFA), lost credentials can lead to compromised accounts. 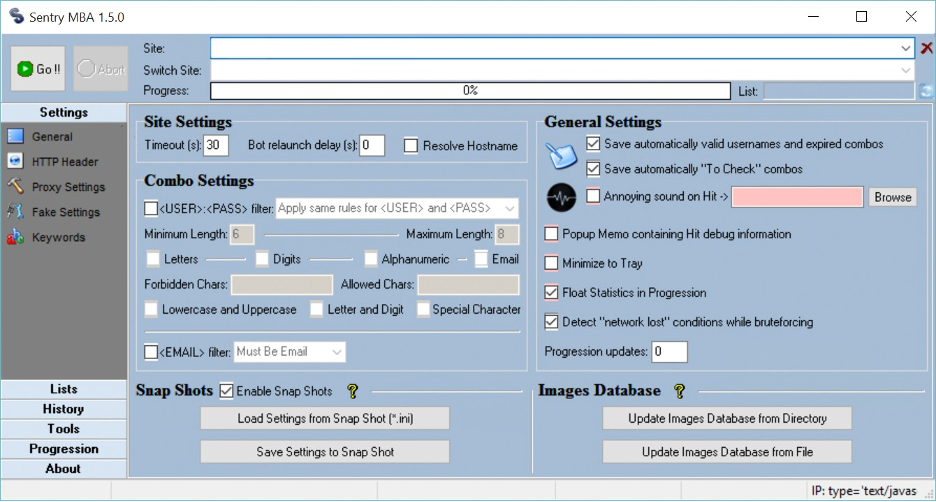 SentryMBA is one of the more popular tools due to its options and general settings. At the top, an attacker inputs the site where requests will be sent for authentication into user accounts. Other settings include the list of passwords and usernames, the ability to save a list of successful authentication attempts, and timeout settings that help that attacker avoid detection. The entire ATO fraud attack is automated, so most of the effort is in stealing credentials. Tools such as SentryMBA can be run indefinitely on the attacker’s computer until a list of stolen accounts is created.

In some account takeover fraud scenarios, an attacker will not use the initial ATO fraud attack on the main target site. As users often use the same credentials across several sites, an attacker might use a site with weaker cybersecurity defenses and fraud detection to validate credentials.

Users and website owners should take basic precautions to prevent ATO fraud. Financial Services and healthcare sites are common targets for attackers. These sites usually have fraud detection systems in place, but most send emails to the registered account holder when data changes.

Webinar: How to Detect and Stop Email Fraud in your Supply Chain

Supply chain fraud attacks leverage both impersonation and account compromise. And most organisations don’t have visibility into their supply chain risk.