A convenient way for users to report phishing is through an abuse mailbox with an email address—for example, phishing@abccompany.net. While abuse mailboxes are effective, they often require back-and-forth between IT and users to gather critical details like email headers.

That’s why email reporting add-ins or buttons, like Proofpoint PhishAlarm, which feature simplicity and more functionality than an abuse mailbox, are becoming popular tools for reporting suspicious email messages. 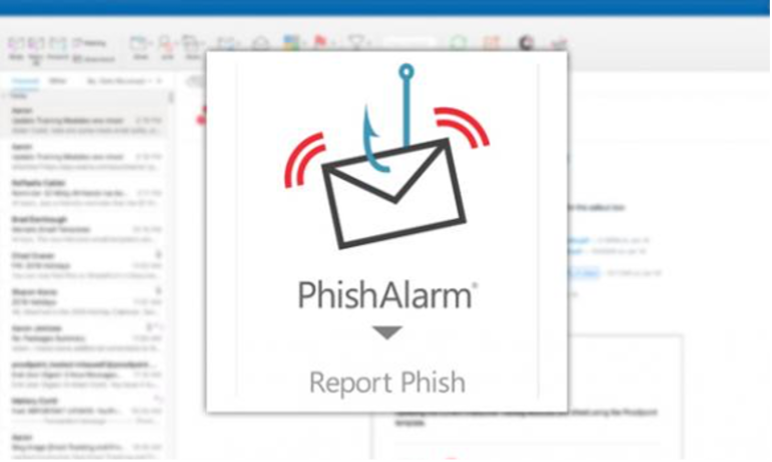 To compile the metrics for this blog post, which is the second in a series, we analysed data from the millions of people using our PhishAlarm email reporting button. 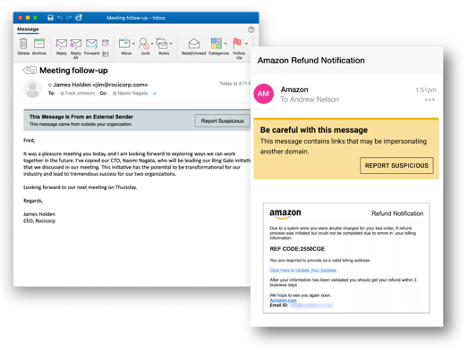 While not in this data set, we’re excited to have data in the future about our Email Warning Tags with Report Suspicious functionality and how these improve reporting rates and accuracy. These HTML-based banners are contextual, customisable, and work with little to no IT overhead to help users spot and report suspicious messages.

While phishing simulations in security awareness programs have always been a popular tool for understanding user behaviour, the “click rate” or “failure rate” of simulations is not an ideal measure of user behaviour when it’s the only metric considered.

The failure rate is defined as the worst-case scenario based on the template type:

Key callout: The failure rate alone doesn’t work well for measuring user behaviour Why is this?:

In our phishing simulation data, Proofpoint found widely varied failure rates for templates. Some less-challenging templates have low single-digit failure rates, for example, while others like the Netflix template shown have netted failure rates approaching 100% in certain campaigns. 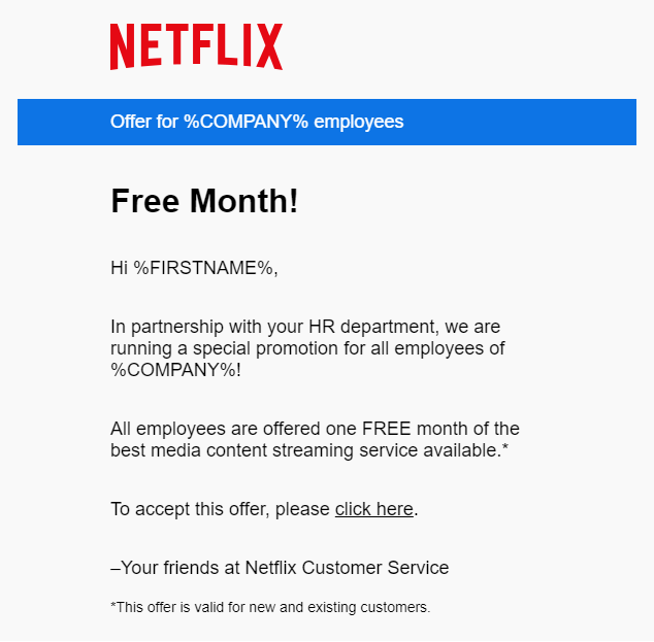 Adding information about the reporting rate of simulations is a better way to understand user behaviour change, than looking at the failure rate alone. The reporting rate demonstrates that users are “doing the good” and helping to secure the organisation. The higher your reporting rate, the more likely users are to report real suspicious messages for your IT security teams to resolve before greater damage is done.

Reporting rate alongside the failure rate: The resilience factor

So, what do you get when you combine the failure rate with the reporting rate? It’s what we call the resilience factor. Figure 4 shows the formula we use to determine the average resilience factor among our customers, which is 1.2.

We observed that the average reporting rate of phishing simulations among our customers was 13%. We’ve seen this rate improve every year as more organisations implement a phishing reporting add-in and communicate how to use it to their users. The average failure rate of 11% also ticked down slightly from last year.

Top-performing customers have been able to achieve this 14x stretch resilience factor, which shows just how effective security education can be at changing user behaviour. If your resilience factor is lower, know it will take time and ongoing security awareness engagements to change behaviour.

The data set we used to calculate the average resilience factor also shows that the average number of messages reported per user was just over five annually. We expect this figure to grow significantly in the coming years as organisations ramp up their education initiatives and users become more accustomed to reporting suspicious messages. 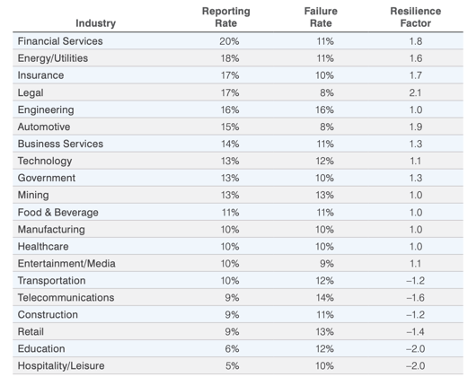 Figure 5. Failure and reporting rates broken down by industry

We also observed differences in failure and reporting rates by template type:

Users are succeeding at reporting attachment-style templates the most often; however, these phishing simulations also have the highest failure rate, according to our analysis. While users may find attachments tempting because of the data in them (Covid exposure data, Employee bonus numbers, etc.) in simulations, a certain segment of users may be more cautious and therefore reporting these types of attachment threats.

Reporting rate performance depends on your organisation’s security awareness maturity and how long users have been using an email reporting add-in or button. So, don’t be discouraged if after only a few months of your employees using the tool, your organisation is not yet in the high-performing range. It takes time and effort to change user behaviour and drive a security-aware organisational culture. 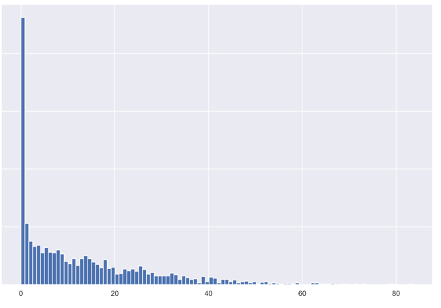 Figure 6. Y axis: Number of customers, X axis: Phishing reporting rate. This graph show the majority of customers fall into a low range of reporting rates, because reporting add-ins have low awareness and usage with the user population. Organisations can change this, however.

Many organisations fall into a very low range of reporting rates, which is normal.

A little education can go a long way toward helping your organisation raise the reporting rate. Including messaging in security awareness communications, providing instructions during security training on how to use the add-in, and providing users feedback when they submit simulated phishing messages can improve your reporting rate—and get you closer to being a top performer.

Understand how you benchmark against your peers

In the new, advanced CISO Dashboard from Proofpoint, you can see how your organisation ranks (by percentile) for phishing simulation reporting. You’ll get context for how you benchmark against industry and other Proofpoint peers in real time, along with other critical security awareness metrics you can easily share with your chief information security officer (CISO) and other stakeholders. 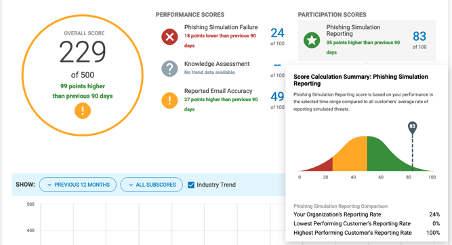 Let’s get real: What else are users reporting?

It’s a win for your organisation whenever a user reports a phishing simulation. That’s the goal of the exercise, after all. But what happens when your users face real phishing messages?

In our next blog post, we’ll examine how effective users are at reporting real malicious messages and helping their organisation to improve its security posture.