Share with your network!
August 26, 2020 The Proofpoint Threat Research Team

Below are recent lure examples, message volume, geo targeting, and payload details. While lures are customized for various geographies and impersonate individuals associated with the spoofed entities, no vertical targeting has been observed. This actor typically delivers malware via malicious attachments, though URLs linking to malicious files were used as a delivery mechanism in early campaigns. TA2719 often relies on widely available resources, such as commodity malware and free hosting providers, to execute their campaigns.

Most lures observed appear to be from a real person with a connection to the spoofed organization. Even details like the street address in the alleged sender’s signature are often accurate. Combined with the branding, these details attempt to boost legitimacy of the message. They could still appear legitimate to an intended recipient who chooses to search for the sender’s name or address before opening the attached file or clicking a link in the message. 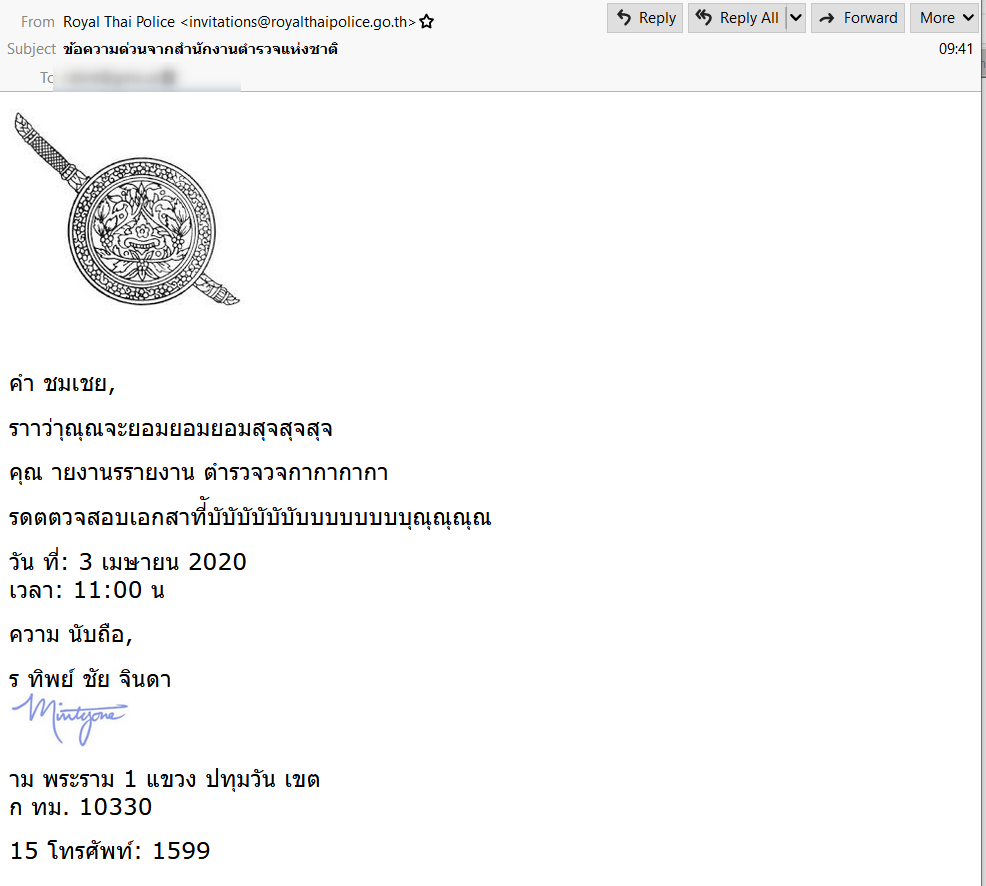 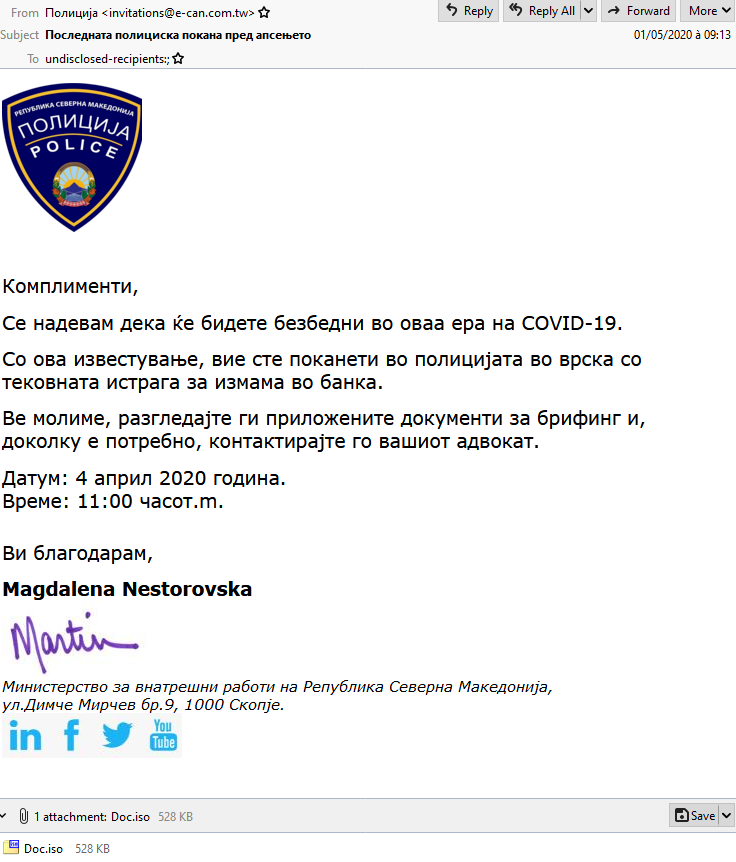 Figure 2: Email lure impersonating the Police of North Macedonia, appearing to come from the State Secretary of the North Macedonian Ministry of Internal Affairs

In addition to law enforcement-themed lures, some messages sent during this time spoofed shipping notifications. One early campaign also preyed on COVID-19 fears and impersonated the Taiwan Centers for Disease Control (Figure 3). This campaign was notable not only because of the theme, but also because it leveraged both URLs and attachments to deliver the payload. Typically, TA2719 uses attachments or URLs, but rarely a mix of both in a single campaign. 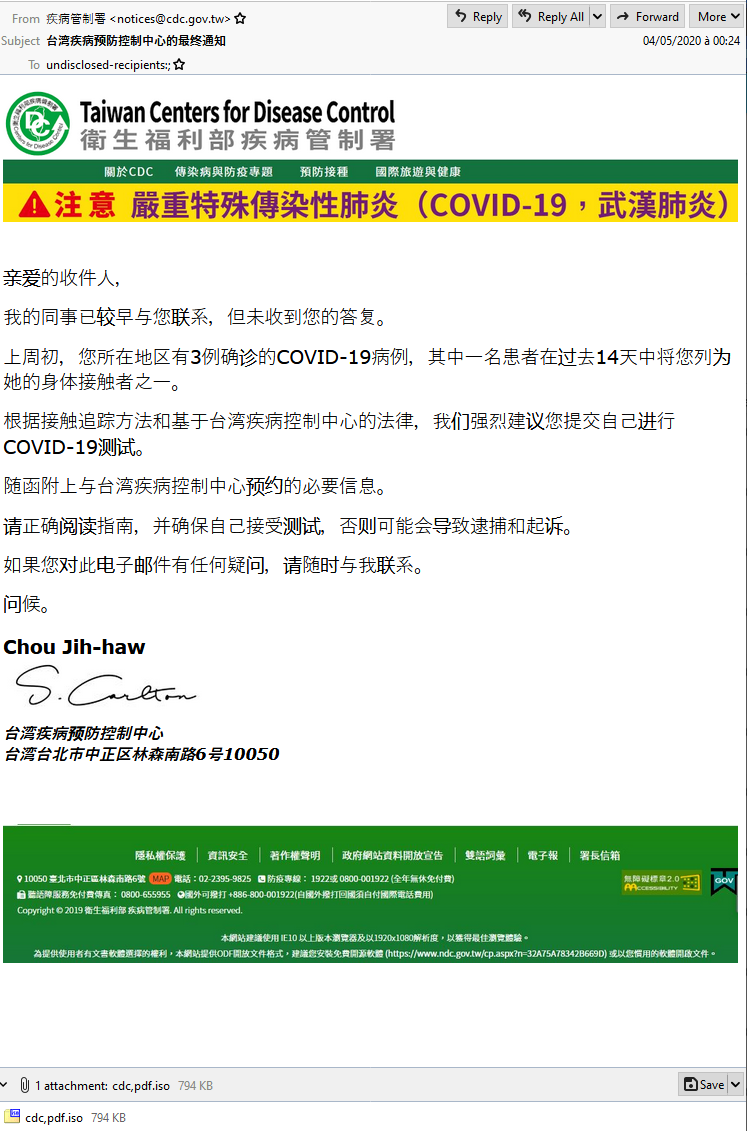 Figure 3: Email lure impersonating the Taiwan Centers for Disease Control and appearing to be from its director, Jih-Haw Chou

In early June 2020, Proofpoint observed a shift away from law enforcement lures as TA2719 began to use more common bank, shipping, and purchase order lures (Figures 4, 5). 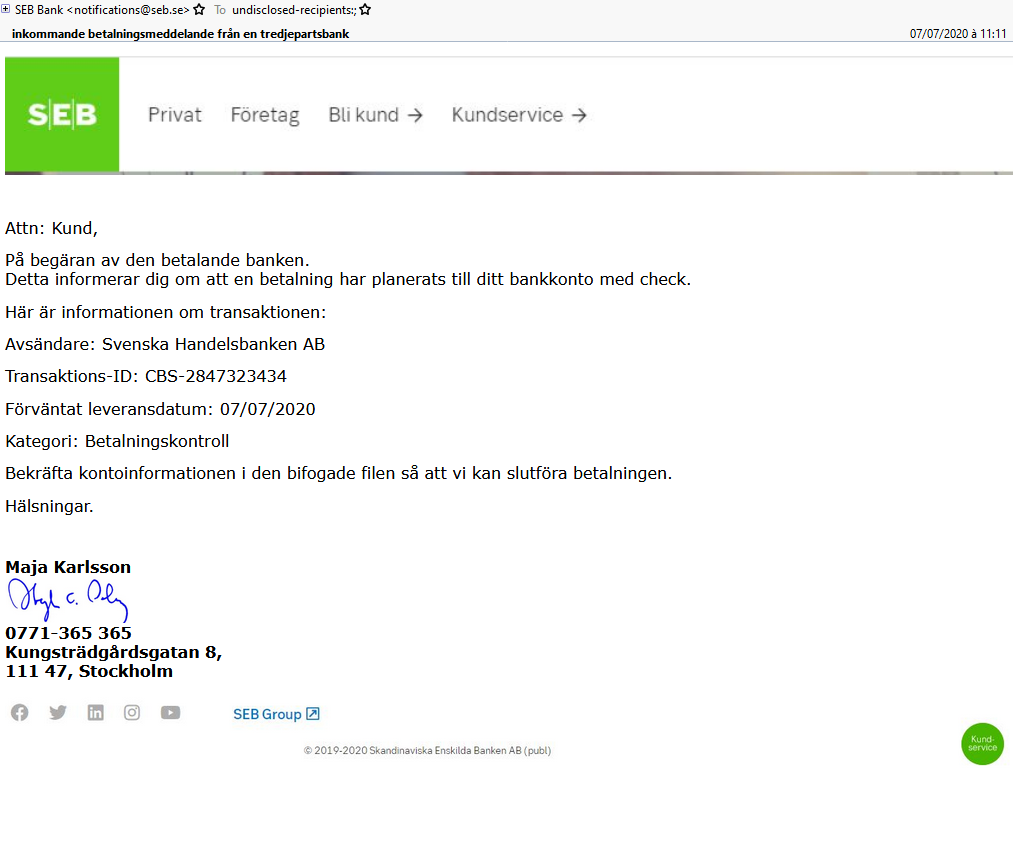 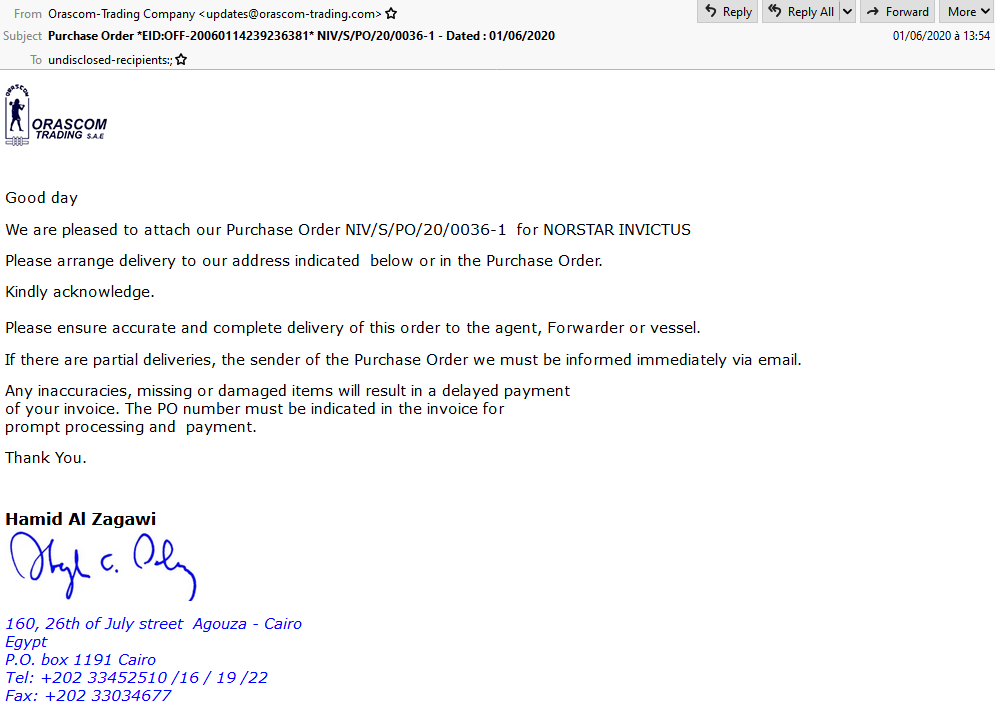 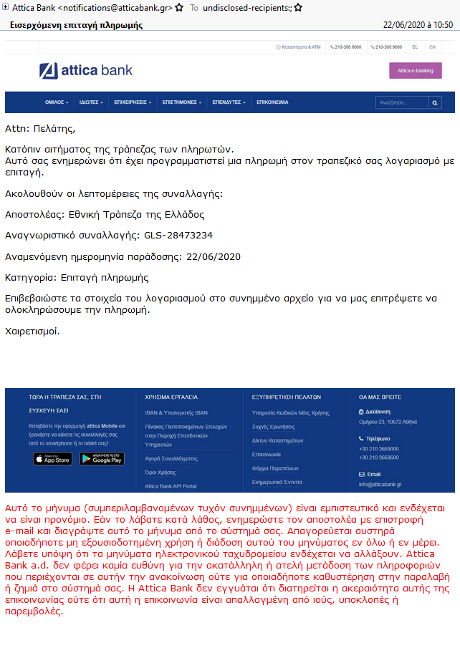 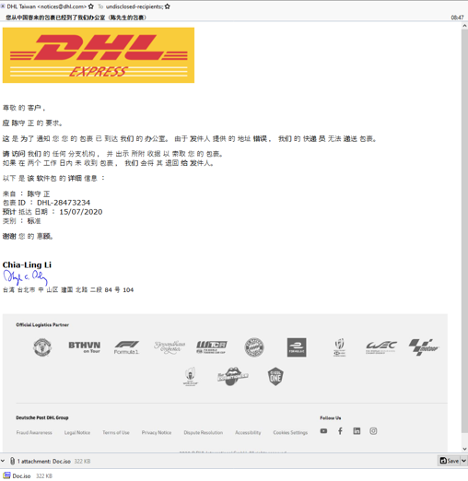 Campaign message volume has been relatively low, with a few dozen or few hundred messages per campaign. Total monthly message volume peaked in May but has since returned to levels closer to those observed in March and April. Since late March, Proofpoint has observed several TA2719 campaigns per month. The message volume spike in May was driven by fewer campaigns with over 2,000 messages each, rather than multiple smaller campaigns seen in other months. 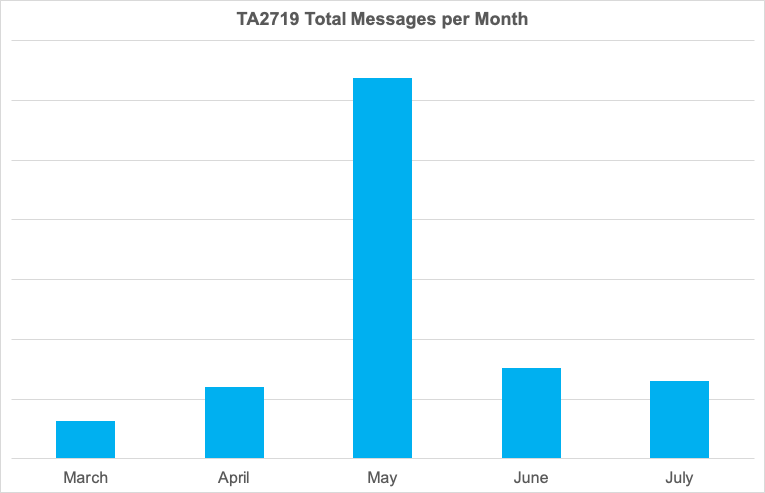 Though the campaigns don’t appear to have any vertical targeting, they are carefully crafted for specific regions. Various languages and references to legitimate local entities, such as banks or law enforcement organizations, have been observed:

Intended recipients often have easily searchable profiles online, and TA2719 also sends to role-based email addresses. This suggests that there is little targeting at the individual recipient level, but that the recipient lists may be more opportunistic in nature and compiled using basic OSINT techniques.

From March to early July, NanoCore was distributed primarily through emailed ISO file attachments. Several campaigns instead used URLs linking to malicious ISO files. Finally, sometimes the actor attempted to deliver a mix of attachments and URLs in the same email. When using URLs, ISO files were hosted on compromised sites or file hosting services.

In mid-July, the actor pivoted from distributing NanoCore to AsyncRAT, another commodity RAT. Like NanoCore, AsyncRAT has been advertised on forums and as of May 2020, appears to still be under active development with new features released May 10, 2020.

Across all campaigns observed by Proofpoint, the ISO files had a generic name, such as ‘Document.iso’ or ‘pdf.iso’. Once the user opens the ISO–which opens like any other folder on the computer–they then must double click the malware executable file inside to run it.

The C&C hostnames and IPs used by TA2719 appear to be relatively stable, changing roughly once per month. This actor sometimes uses free dynamic DNS (DDNS) providers for their C&C.

While not the most advanced lures we’ve seen, the localization and inclusion of legitimate street addresses and names of real individuals related to the spoofed entities demonstrate this actor’s attention to detail. Though TA2719 does not appear to target any particular industry, they tailor their messages to various geographies and send medium-volume campaigns several times per month. Their use of free DDNS providers, reuse of infrastructure, and reliance on commodity malware demonstrate the ease with which threat actors can begin and maintain an operation.

Fake emails in the name of the Spanish national police