Proofpoint researchers recently observed a campaign targeting telecom and military in Russia. Beginning in July 2015 (and possibly earlier), the attack continued into August and is currently ongoing. As a part of this campaign, we also observed attacks on Russian-speaking financial analysts working at global financial firms and covering telecom corporations in Russia, likely a result of collateral damage caused by the attackers targeting tactics.

The attacks employed PlugX malware, a Remote Access Trojan (RAT) widely used in targeted attacks. Proofpoint is tracking this attacker, believed to operate out of China, as TA459 . This same attacker is also reported to have targeted various military installations in Central Asia in the past [1]. While the current campaign from this attacker has been active for a couple of months, there is evidence of activity by this attacker as far back as 2013, employing other backdoors such as Saker, Netbot and DarkStRat .

The attacks seen in the current campaign involved spear-phishing emails that employ both exploit-laden Microsoft Word document attachments, as well as links leading to RAR archives. The email contents, filenames and decoy are all usually in Russian.

The Microsoft Word document attachments observed in this campaign utilized CVE-2012-0158 to exploit the client and implant the PlugX RAT. For example, the attachment LTE-2600.doc (SHA: 6ea86b944c8b5a9b02adc7aac80e0f33217b28103b70153710c1f6da76e36081) was sent to financial analysts covering the telecom industry with the email Subject “Проект бизнес-плана” (“Project business-plan”). The attachment name is suited to the targets because “LTE” is a telecom term referring to Long-Term Evolution networks, typically used to describe 4G networks.

Inspection of the document exploit employing CVE-2012-0158 also revealed that it was crafted using a builder tool, which can be seen in various artifacts visible in the document properties. (Fig.1) However, it should be noted that we do not believe that this builder is exclusively used by this attacker and is likely shared among multiple threat actor groups.

As a part of this PlugX campaign, the attackers also sent spear-phishing emails with URLs to RAR archive files hosted on fake domains registered for this campaign. An interesting fact that shines some light on the social engineering tradecraft used by the group is that these domain names as well as payload file names were not chosen at random, as is often the case, but were instead chosen to fit the specific lure.

For example, the RAR archive hosted on www.forum-mil[.]net/news/2015-08-03-3001.rar contained the executable file "Воздушно-космические силы России заступили на боевое дежурство.exe” (“Aerospace Russian forces step up military duty.exe”). Additional searching uncovered a news article with this title on a legitimate Russian-language news site: http://www.forum-mil.ru/news/vozdushno_kosmicheskie_sily_rossii_zastupili_na_boevoe_dezhurstvo/2015-08-03-3001: the malicious executable borrowed the name from the article title, and the site to host the malware mimics the site that hosts the news article.

In another example, the news article http://tvzvezda.ru/news/forces/content/201508191459-88tq.htm was used as the basis for registering the payload hosting site www[.]tvzvezda[.]net/news/forces/content/201508181025.rar. Again, the title of the article was used as the name for the executable inside the RAR archive, and it appears that many of these lures were created in a similar fashion. Specifically, the actor starts with an article describing a military-related event and then registers a payload site and names the malware file. Table 1 shows the full list of payload domains and sites they mimic. (A list of the payload URLs can be found in the Indicators of Compromise section at the end of this post.)

All the infection domains and command and control (C2) domains were registered using the same registrar in Beijing: “Shanghai Meicheng Technology Information Development Co., Ltd.”. Other than the emails, the information used for registration was randomized.

Interestingly, one of the RAR SFX droppers (SHA: 71be8bb45dfe360ee6076ed34fde12a382fe9d7922bd11b179ca773be12fa54c) launches a decoy Microsoft Word document before launching the executable. (Fig 2) The contents of this decoy document reference the “Tsar Bomba” nuclear test from the Cold War era and have been directly lifted from a Russian site. 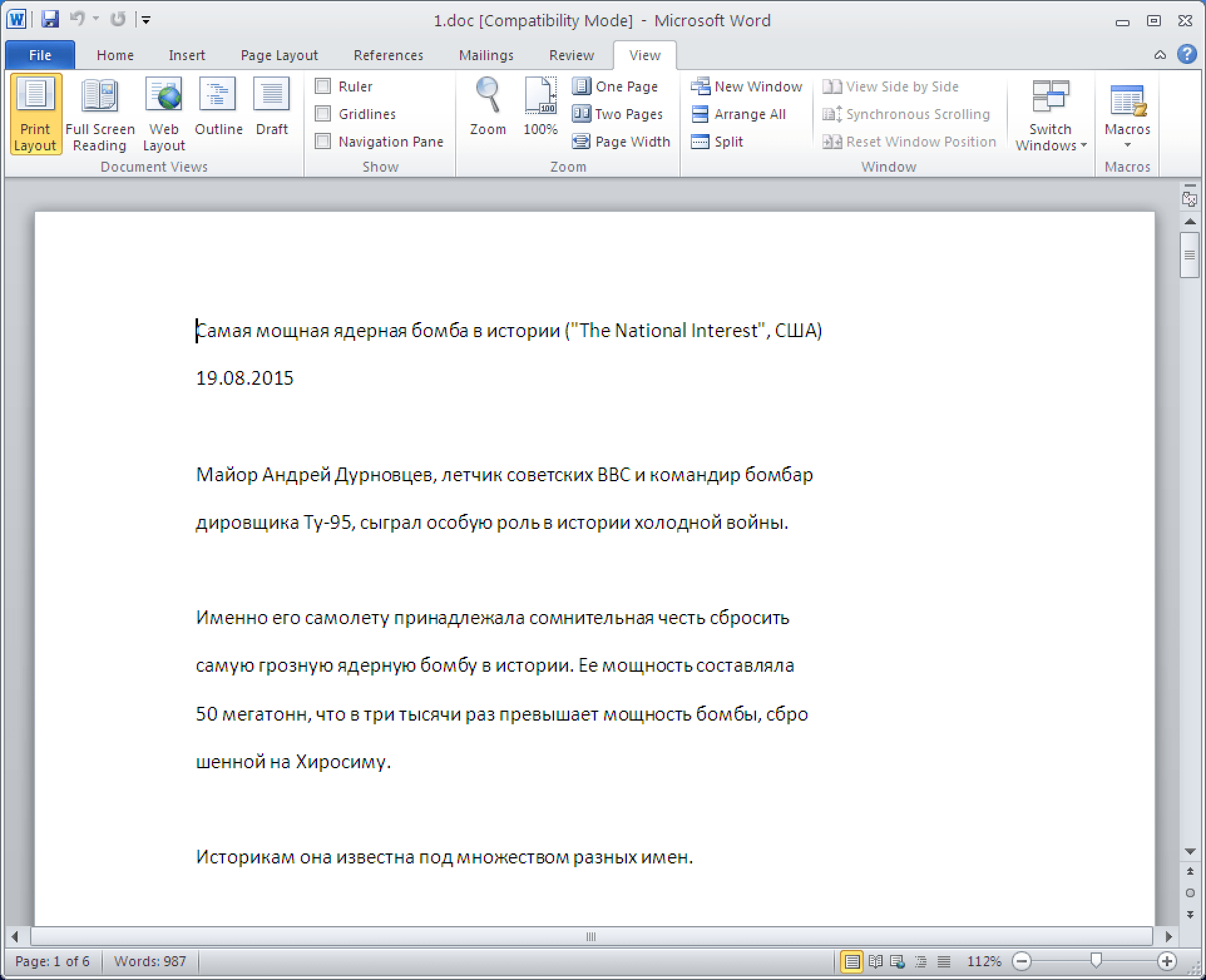 In addition to displaying something potentially relevant to the recipient’s interests, the PlugX payload is not executed by the RAR SXF until the victim closes the decoy Word document, seen in the past as a sandbox evasion technique wherein the payload is not executed until the decoy document is closed. As a result, the actual payload may never execute in malware sandbox environments unless the sandbox is configured to simulate the action of a user closing the decoy document. The SFX script for this document (Fig. 3) appears to have been created with a Chinese language pack version of WinRAR. The decoy document “1.doc” is executed first and waits until it is closed before launching “0810.exe”. This effect can be easily achieved in WinRAR by setting the “Wait and return exit code” option when creating the SFX archive. 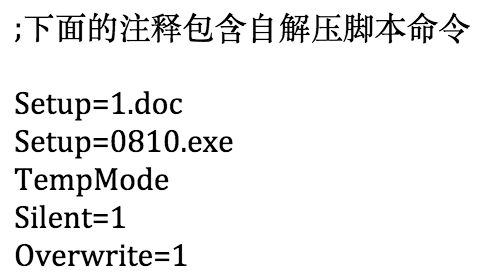 The attachment and email campaigns both employed DLL side-loading techniques to load the PlugX payload. All of the payloads used the same clean signed executable “fsguidll.exe”, masquerading as the F-secure GUI component, to sideload “fslapi.dll” which in turn unpacks code from “fslapi.dll.gui”.

The variant of PlugX used is the P2P version that was described by JPCert [2]. A sample configuration extracted using the volatility script from Arbor [3] is shown below.

Many of the samples used the string “EEEEEE” for authentication of the C2 communication, which is likely the default value. Other observed values include “LLL-0808”, “0abcde”, and “niii-0701”.

We observed pressmil[.]com and notebookhk[.]net being used as the C2 servers for this specific campaign. Over the duration of the campaign both of these domains pointed to the same infrastructure on the IP address “43.252.175.119” in Hong Kong. This IP infrastructure has been actively used by this attacker as early as 2014-12-04. The other domains also registered to point to this same IP address include “fedpress[.]net” and “dicemention[.]com”, which have been observed at use in past campaigns.

This backdoor has been analyzed extensively in the past [4] and provides the attacker a range of functionality, including file manager (enumerate, create, copy, move, delete); the ability to download and run secondary payloads; and deleting all traces of itself and shutting down.

The scheme used to encrypt the beacon is a byte XOR with 0x3f followed by an addition with 0x3f. The encrypted beacon contains hostname, system memory, OS information and infection timestamp. (Fig. 6)

Samples from this cluster were found creating the following mutexes.

It is worth noting that there is similarity in mutex naming scheme to another malware family called NetTraveler (aka Travnet). Netbot is a backdoor and has commands to support features similar noted above for Saker, such as file manager (enumerate, create, copy, move, delete), ability to download and execute secondary payloads; and deleting all traces of itself.

DarkStRat is a full-fledged RAT written in Delphi with an array of features such as file manager, process manager, registry manager, service manager, downloading and running secondary payloads and deleting all traces of itself.

As also noted by the ESET researchers [1], the strings in this RAT strangely show Spanish language origins, albeit with some Chinese connections. The source code for this RAT is hosted on google code with the name “DarkStRat 2008 1.0开源.rar”. The string “开源.” in the name translates to “Open Source”.  Various parts of the source code also have strings in Chinese and reference “darkst[.]com” and “fsg2[.]cn”. The owner of this Google-hosted code project is listed as darkteam...@gmail.com. As a result, it can be inferred that code from a Spanish RAT was repurposed by malware author with Chinese origins and marketed as DarkStRat, but as is often the case we should caution against a definitive attribution based solely on characteristics such as language and C2 server locations.

A detailed examination of this operation reveals an adversary who demonstrates a keen interest in Russian telecom and military sectors, indicative of an actor with geopolitical motives. The attacker adapts and evolves their Tactics, Techniques and Procedures (TTPs) over time as the situation demands. While the attacker appears to do very little to hide their tracks, they remain highly determined and persistent and have carried out attacks through a sustained operation spanning at least two years, and possibly longer. The attacker also invests time to research the locale and current events relevant to their targets and then leverages this in their targeting tactics. Attacks such as these have become a constant occurrence given the covert nature of digital attacks and easy access to targeting information online.

As this threat shows, attackers continue to employ increasingly sophisticated techniques against new targets in order to uncover and steal sensitive information. Organizations need to recognize that they cannot rely on traditional antivirus and anti-spam solutions to detect and stop these advanced threats. In order to combat targeted attacks, organizations should adopt next-generation solutions that make it possible to identify and respond to sophisticated targeted attacks by correlating advanced detection with threat intelligence about actor TTPs and global views of threat traffic, including IOCs that enable response teams to quickly detect and mitigate compromises. Moreover, a multi-layer approach is essential, with email security representing the logical starting point for an advanced threat defense: like this targeted attack, email remains the vector-of-choice for penetrating target organizations and delivering these sophisticated payloads.