Beginning in May 2018, Proofpoint researchers observed a previously undocumented downloader dubbed AdvisorsBot appearing in malicious email campaigns. The campaigns appear to primarily target hotels, restaurants, and telecommunications, and are distributed by an actor we track as TA555. To date, we have observed AdvisorsBot used as a first-stage payload, loading a fingerprinting module that, as with Marap, is presumably used to identify targets of interest to further infect with additional modules or payloads. AdvisorsBot is under active development and we have also observed another version of the malware completely rewritten in PowerShell and .NET.

We first observed campaigns delivering AdvisorsBot in May 2018. Since then, the campaigns have used several themes in the email lures. The first is a “double charge” lure that appears to target hotels (Figure 1). The second is a “food poisoning” lure for restaurant targeting (Figure 2). The third is a “catering order” lure also targeting restaurants (Figure 3). The fourth is a “resume” lure that targets telecommunications organizations (Figure 4). While we did observe targeting leaning towards hotels, restaurants, and telecommunications industries, we found that these campaigns were not as well-targeted as the lures might imply, with many messages going to targets unrelated to the contents of the lure. 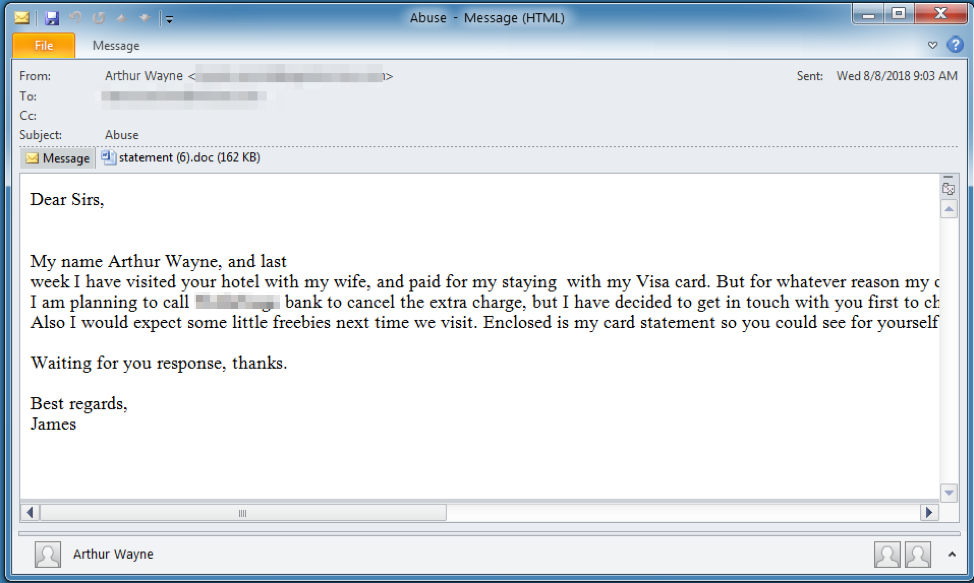 Figure 1: Message purporting to include information about a double charge delivering AdvisorsBot 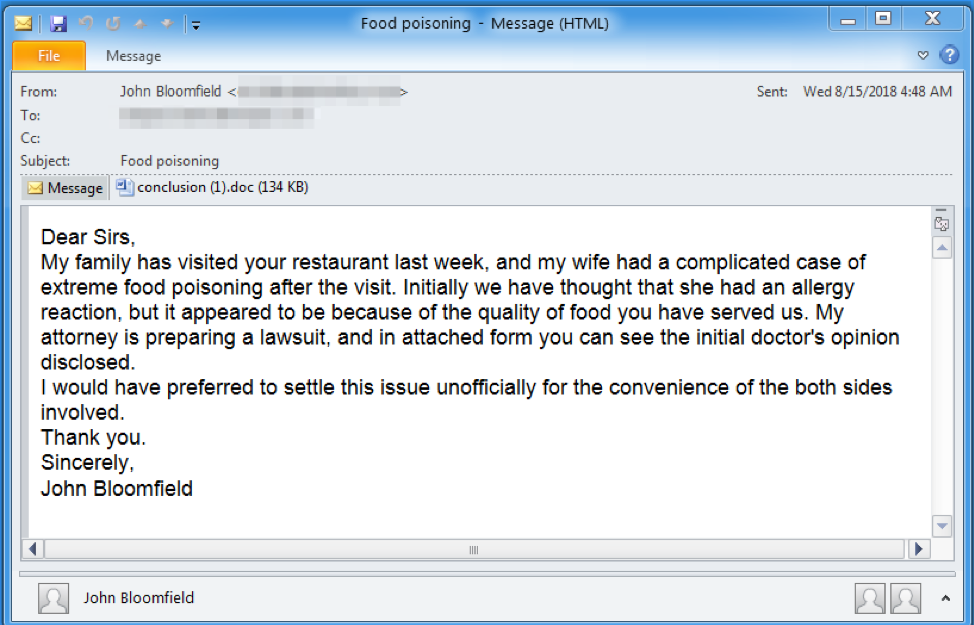 Figure 2: Message purporting to include information about a food poisoning incident and delivering PoshAdvisor

Figure 3: Message purporting to include information about a catering order and delivering AdvisorsBot 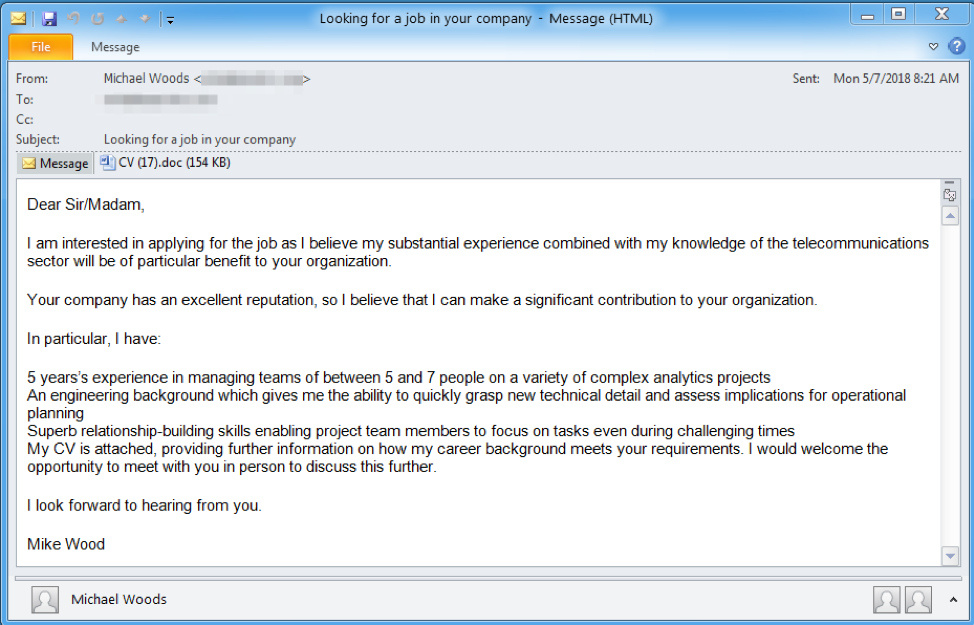 Figure 4: Message purporting to include a resume/CV delivering AdvisorsBot 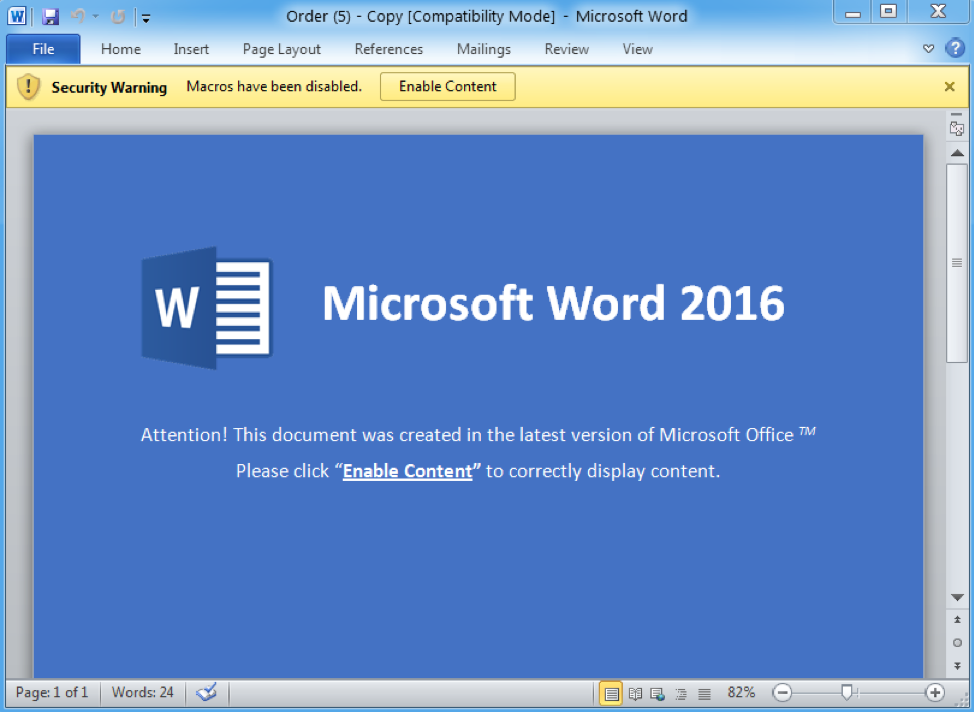 The name “AdvisorsBot” is based on early command and control (C&C) domains that all contained the word “advisors”. The malware is written in C, but the threat actor has recently created an interesting fork of the code that we discuss in the “PoshAdvisor” section.

Like most modern malware, AdvisorsBot employs a number of anti-analysis features. One of the most effective is the use of junk code--such as extra instructions, conditional statements, and loops--to considerably slow down reverse engineering. For example, comparing the beginning of a function (part of the URI generation discussed in the “Command and Control” section) from the x86 version of the malware (Figure 6) to the same function in the x64 version (Figure 7) which doesn’t seem to be as affected by the inclusion of the junk code as much. 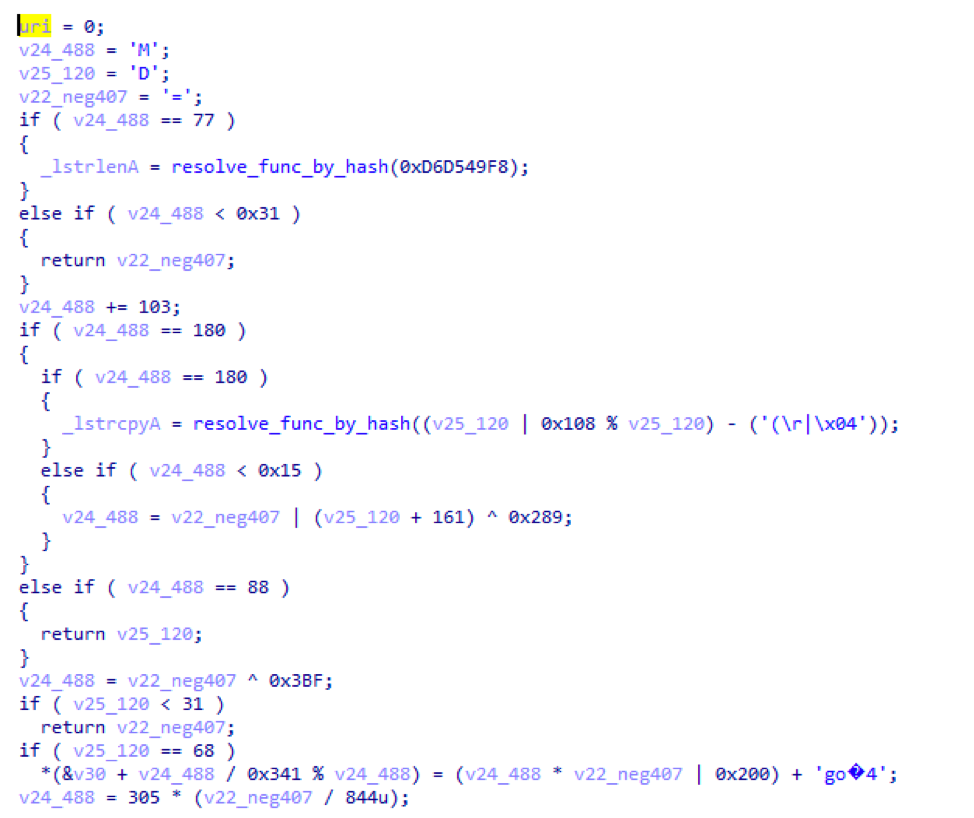 We can also see two more anti-analysis features in the same screenshots:

In the August 8 campaign, it became clear that the threat actor was paying close attention to the characteristics of victims connecting back to their C&C servers. The updated version of AdvisorsBot in this campaign included an additional anti-analysis check that compared the system’s machine SID to a list of 13 hardcoded values (Figure 8). We assume that they have profiled sandbox or malware researcher systems in prior campaigns and blacklisted them. 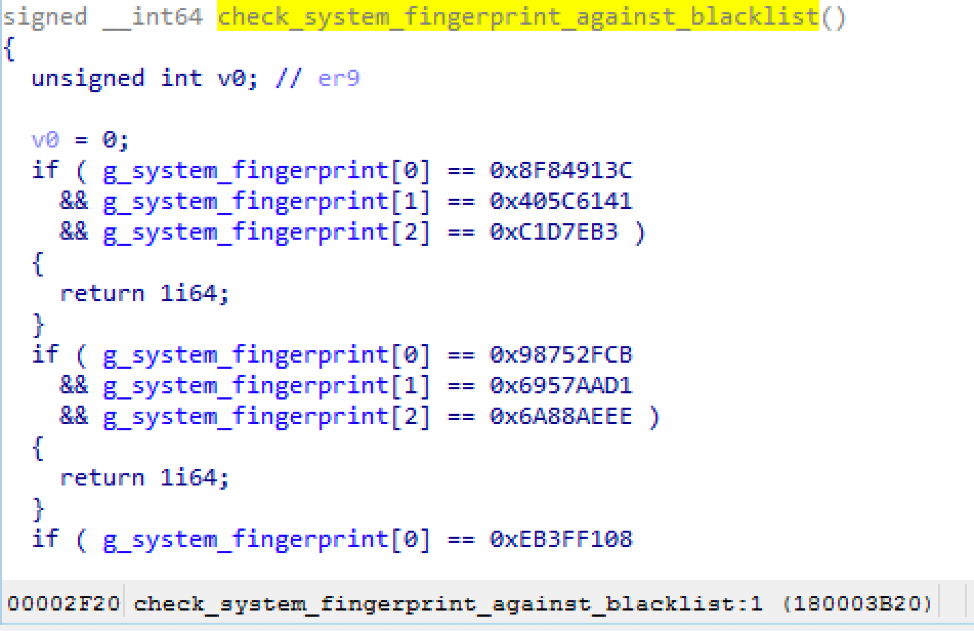 The malware uses HTTPS to communicate with the C&C server. In the requests from the bot to the C&C, URIs contain encoded data that are used to identify a victim, for example:

More specifically, the data that is encoded in the URI contains the machine SID, CRC32 hash of the computer name, some unknown hardcoded values, and the Windows version:

Figure 9: Snippet of code showing the data structure used during formatting of the URI

This data is encoded via the following steps:

Commands from the C&C server are polled via GET requests. A response that contains a command is structured as shown below:

AdvisorsBot currently can receive and act on only two commands:

Modules are DLLs that are manually loaded (allocate a buffer, copy the PE header and sections, relocate, resolve the import table, and execute the entry point). A “communications” function is passed from the downloader to the module so that it can send back data to the C&C server. These requests have the same style of URIs, but use POST data structured as shown below:

At the time of publication we have only observed a system fingerprinting module being sent from a C&C server. It performs the following activities and sends their output back to the C&C:

On August 15, we saw what initially looked like a second AdvisorsBot campaign for the month. However, after closer analysis of the payload we were surprised to find that the threat actor had essentially rewritten AdvisorsBot using PowerShell and a .NET DLL embedded inside the PowerShell script. We track this variant as “PoshAdvisor” and, while it is not an exact duplicate of AdvisorsBot, it does contain the same: 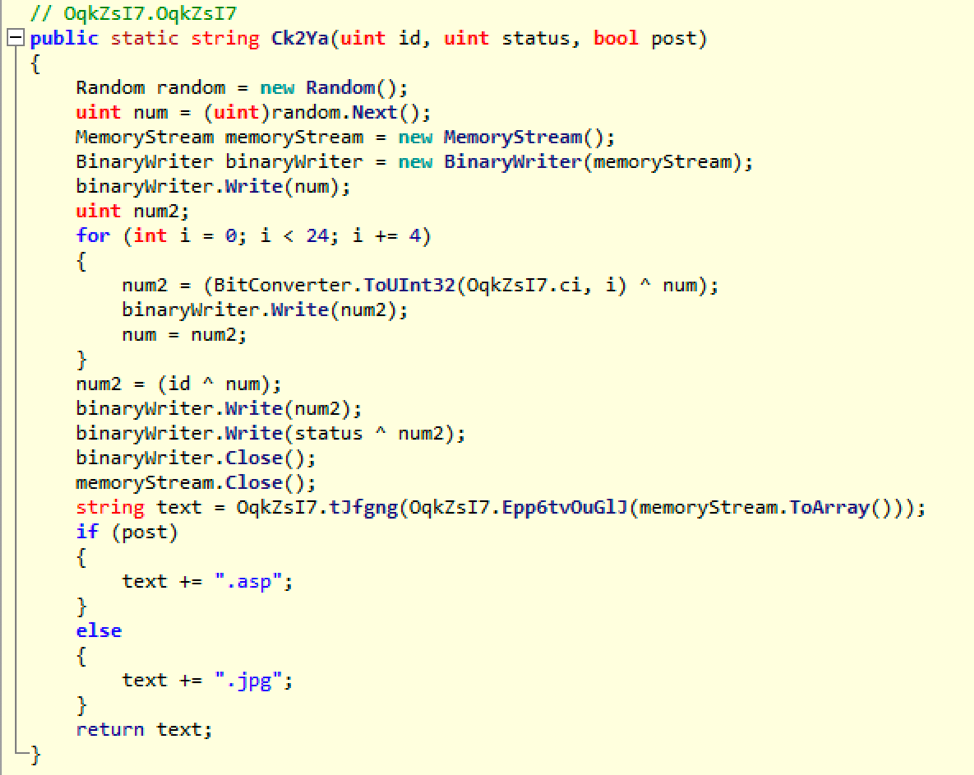 This is noteworthy since it is fairly rare to see  malware be rewritten in a completely different programming language.

While it remains to be seen whether this threat actor will continue to distribute AdvisorsBot, PoshAdvisor, or both in future campaigns, this pair of downloaders, with extensive anti-analysis features and increasingly sophisticated distribution techniques, warrant further investigation. AdvisorsBot, along with another similar but unrelated malware that we detailed last week, point to a growing trend of small, versatile malware that give actors flexibility to launch future attacks and identify systems of interest that may lend themselves to more significant compromise.