The second quarter of 2018 saw a continuation of trends we observed in the first quarter -- increasingly diverse payloads in malicious emails, pervasive social engineering and growth in many areas of email fraud, increases in social media support fraud, and more. However, we also saw ransomware re-emerge as an email-based threat, albeit at lower volumes than during 2016 and 2017.

Among the key takeways from Proofpoint’s Q2 Threat Report:

After being nearly absent from malicious email campaigns in the first quarter, ransomware returned with GandCrab, Sigma, and GlobeImposter ransomware all appearing in numerous campaigns. However, ransomware only accounted for 11% of observed malicious email volume, trailing behind banking Trojans, downloaders, and credential stealers. Notably, remote access Trojans (RATs), while comprising only 2% of malicious email payloads, doubled their relative footprint vs. Q1. 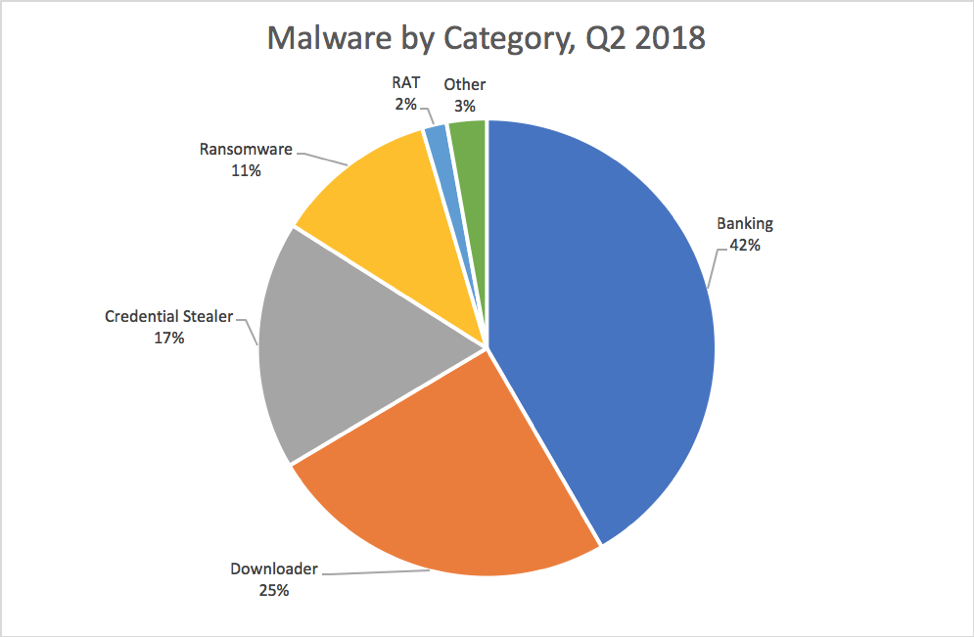 Email fraud, also known as business email compromise or BEC, increased globally. Targeted organizations received, on average, 26% more email fraud messages vs. Q2 and 87% more than they received in Q2 2017. While companies of all sizes were targeted equally by email fraud, some industries such as retail, healthcare, and government all experienced larger increases in BEC activity than their counterparts.

Another type of web-based attack known as “cryptojacking”, in which CoinHive software is used to mine cryptocurrency using visitor CPU cycles, also increased dramatically, increasing 460% from Q1. 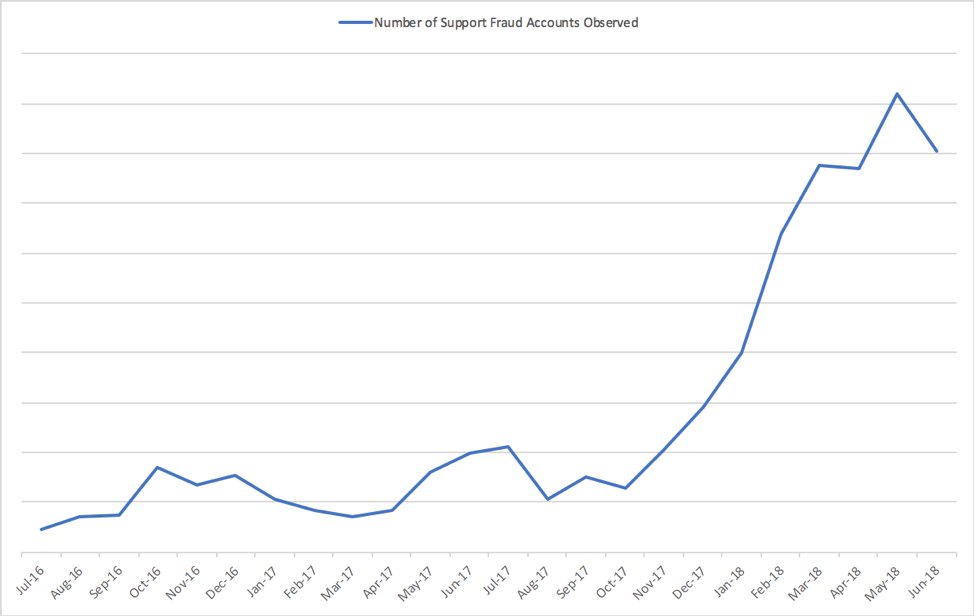 We also detected the first increase in social media link spam in several quarters, in an apparent reversal of a trend away from phishing and spam links on social channels.

The Q2 Threat Report provides insight into the shifting threat landscape that can inform your cybersecurity strategy. Here are our top recommendations for how you can protect your company and brand in the coming months: