As of February 28, 2022, we’ve observed approximately 78,000 credential variance attacks (i.e. brute force or password spray attempts), targeting 4,340 user accounts across 728 monitored cloud environments. Over 85% of the targeted organizations are US-based, with the remainder operating in other Western countries. The vast majority of attacks either originated from identified Russian sources (IP addresses and DCH services located in Russia) or from servers associated with Russian hosting services, chiefly in the US. In our assessment, unauthorized access could open the door to account takeover, privilege escalation, lateral movement, and data exfiltration.

The screenshot below showcases one of the many attacks we’ve seen. We detected this threat to the user based on identifying the credential variance attack type, user behavior analytics ,and the user being heavily targeted in the past (the user is a Very Attacked Person , or VAP). In this case, the user has never attempted to log in to their organization’s Office 365 account using the hostname “mastercommunications.ru” and a data hosting center (DCH) proxy. In fact, our threat intelligence has identified that as typical for this threat actor. 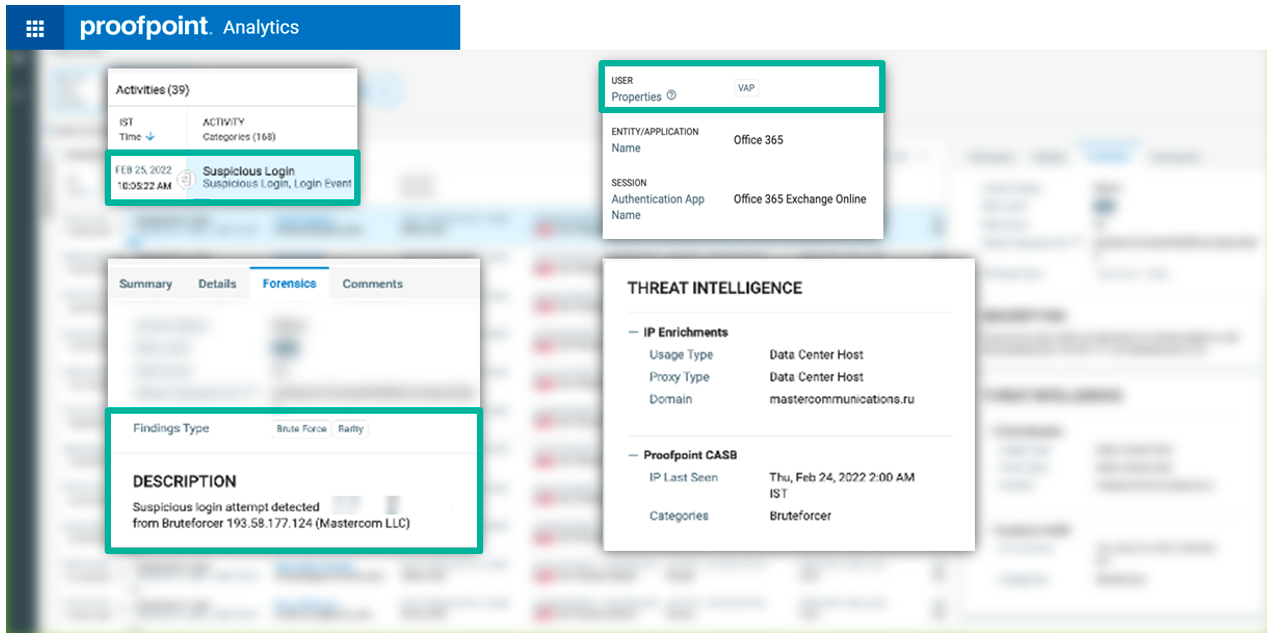 Targeted industries and other technical analysis

The primary targets have been varied, with no industry accounting for more than 11% of all attacks. The top five most targeted industries account for 44% of all the attacks, including manufacturing, financial services, healthcare, business services, and construction. 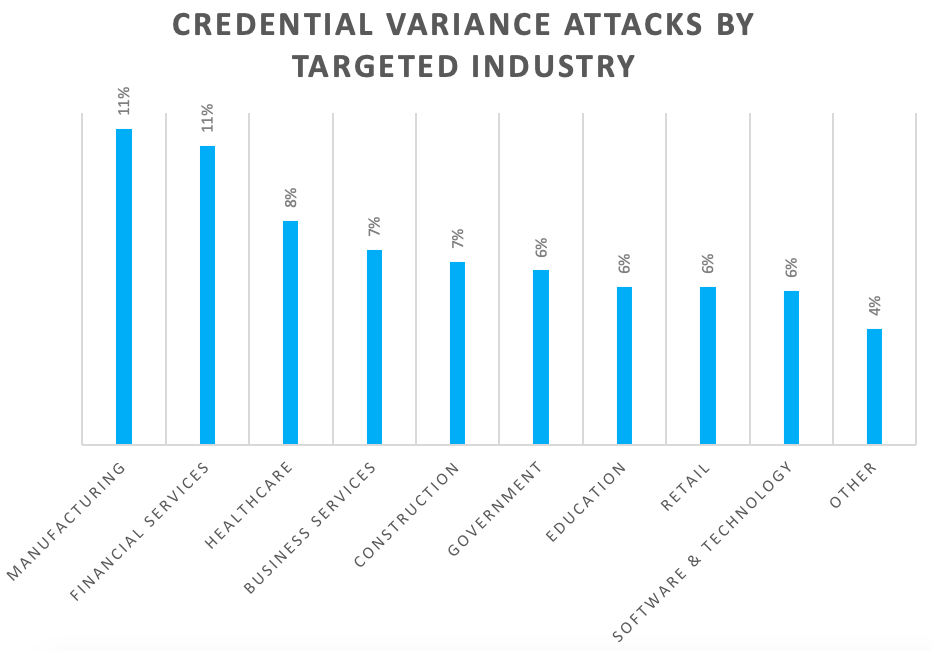 A few interesting artifacts of the campaign:

- Treat any traffic from the IOCs listed below as potentially suspicious while this campaign is active.

- Use multi-factor authentication on your cloud services, especially web, customer, or partner-facing applications.

This post will be updated with additional details on observed user agents.

Is your organization protected from cloud credentialing attacks? Learn about Cloud Account Defense.