By analyzing monitored email traffic and cloud users’ activities, Proofpoint researchers have so far uncovered five malicious OAuth applications attributed to the campaign (nicknamed “OiVaVoii” by analysts due to its associated domain). Below are examples of malicious apps created by a “verified” organization ("Yuma Counseling Services") and by a non-verified organization as part of the same campaign.

At least three of these condemned third-party apps were created by two different “verified publishers,” meaning the app’s owner was likely a compromised admin user-account within a legitimate Office tenant. Out of the remaining two apps, at least one was created by a non-verified organization, which could imply leveraging a (third) hijacked cloud environment or using a dedicated malicious Office tenant.

Once these apps were created, authorization requests were then sent, via email, to numerous targeted users, including high-level executives. The seemingly benign identity of the publishing organization was a substantial advantage, causing multiple unsuspecting victims to authorize these applications. This enables the attackers to generate OAuth tokens on the compromised user’s behalf and complete the account takeover. This modus-operandi is similar to the one previously covered in our recent blog.

Highlights from this campaign 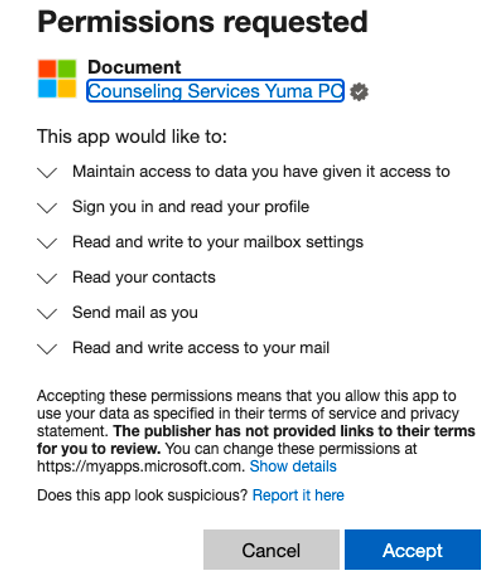 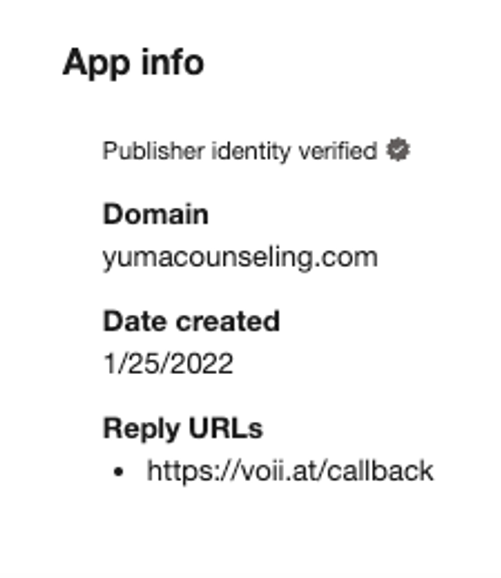 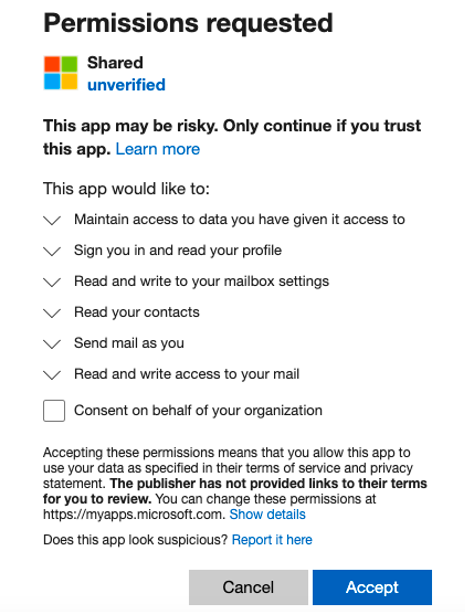 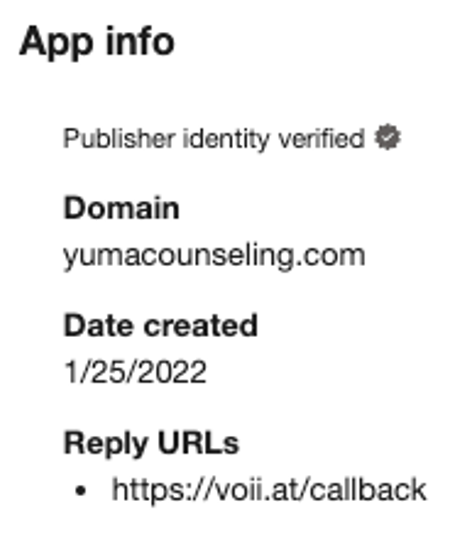 Protecting against this campaign

It is important to note that although Microsoft eventually blocked further authorizations, existing instances of these apps still pose a threat to impacted organizations until they’re revoked or deleted. As we monitor the threat, we expect to see new apps being created and proliferated.

Therefore, we advise taking immediate prevention measures, such as limiting app authorization by users’ and using layered defense solutions for early detection and remediation. In case of confirmed impact, we advise immediate revocation and deletion of malicious apps, along with suspicious mailbox rules, hosted files, and messages.