With the approach of the NCAA collegiate basketball championship tournament, news media and social media are already buzzing with talk about the possible matchups and how fans’ favorite teams will fare. As the modern “water cooler,” social media are a favorite venue for these conversations, and Proofpoint research suggests a correlation between online cheerleading and tournament success.

Proofpoint Nexgate researchers analyzed Facebook activity for the men’s teams representing the South and East regions in the 2014 tournament in order to assess whether there was a correlation between the social media ‘rowdiness’ of a team and their advancement to the Round of 32™ round. Examining the absolute number of comments on the verified team Facebook pages, ‘rowdiness’ was measured by taking the absolute number of posts during the week of Round of 64 and Round of 32. The chart below graphs the relative change in rowdiness heading into the Sweet Sixteen™ round in 2014: teams with a relative change of rowdiness rating above 0 saw a net increase in Facebook comments during the first week of play; teams below 0 saw a net decrease in Facebook comments during the first week of play. 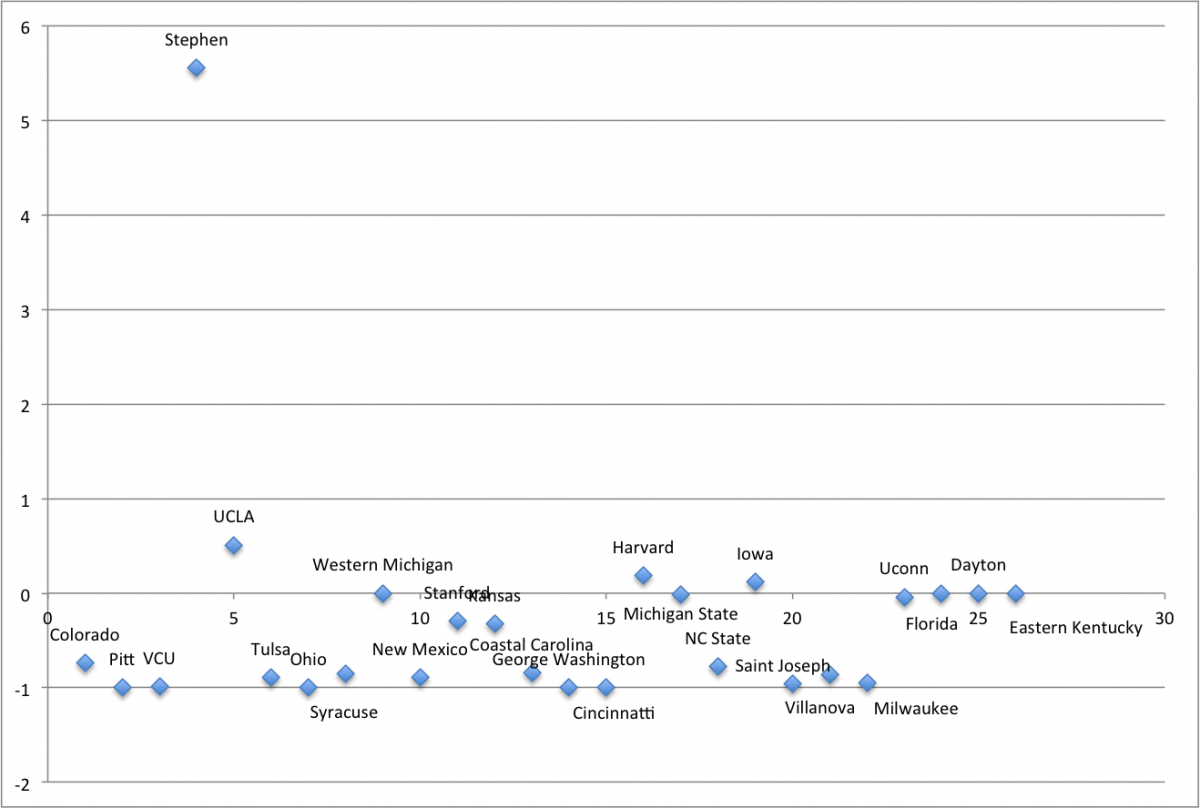 Researchers also determined that the team with the rowdiest Facebook fans during the week leading up to Sweet Sixteen™ ended up winning it all.

Coincidence? Proofpoint Nexgate researchers will be analyzing the Facebook pages of tournament teams this year for this and other trends – stay tuned for updates. And if your team is in the tournament, make some (Facebook) noise!