Emotet is a prolific botnet and trojan that targets Windows platforms to distribute follow-on malware. It was considered one of the most prolific cybercriminal threats before its disruption by global law enforcement in January 2021.

In November 2021, 10 months after its disappearance from the threat landscape, Proofpoint observed a reemergence of this notorious botnet, and since then, the group associated with Emotet, TA542, has targeted thousands of customers with tens of thousands of messages in multiple geographic regions. In some cases, the message volume reaches over one million per campaign.

However, the new activity observed by Proofpoint is a departure from their typical behaviors and indicates the group is testing new attack techniques on a small scale before adopting them for larger volume campaigns. Alternatively, these new TTPs may indicate that TA542 may now be engaged in more selective and limited attacks in parallel to the typical massive scale email campaigns.

Proofpoint detected a low volume of emails distributing Emotet malware. The sender emails appeared to be compromised. The emails were not sent by the Emotet spam module. The subjects were simple and contained one word such as "Salary". The email bodies contained only OneDrive URLs and no other content. The OneDrive URLs hosted zip files containing Microsoft Excel Add-in (XLL) files.

The zip archives and XLL files used the same lures as the email subjects, such as “Salary_new.zip.” This particular archive contained four copies of the same XLL file with names such as “Salary_and_bonuses-04.01.2022.xll”. The XLL files, when executed, drop and run Emotet leveraging the Epoch 4 botnet. 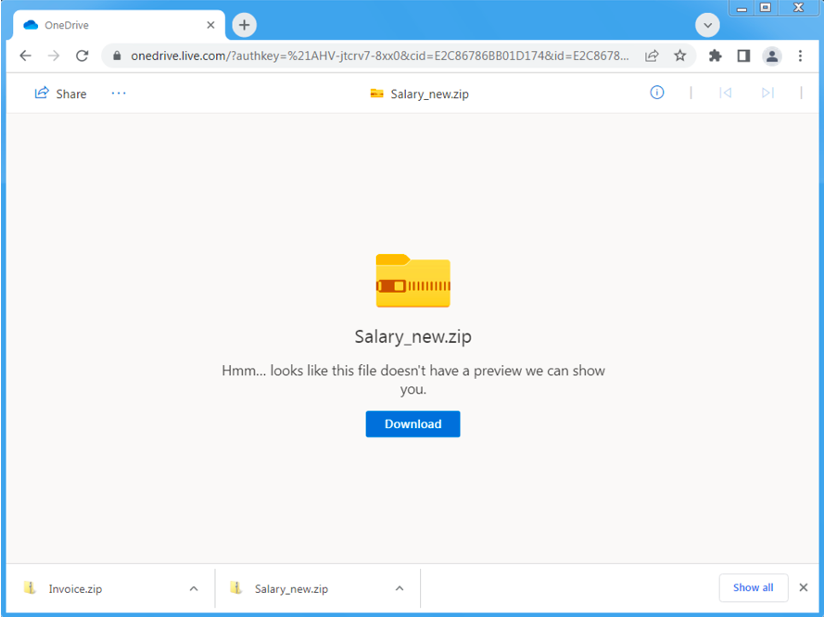 Nevertheless, Proofpoint analysts attribute this activity with high confidence to threat actor TA542 because since 2014 the actor closely controlled the Emotet malware and is not rented it to other actors.

Proofpoint observed the activity at a time when the widespread Emotet malware campaigns were on pause (a “spring break”) between April 4, 2022, and April 19, 2022. Emotet has since resumed its high-volume campaigns. Proofpoint researchers assess that while on the break, TA542 continued development and testing of new attack vectors, specifically OneDrive URLs and XLL files, in preparation for using them on a wider scale. Alternatively, these new TTPs may indicate that TA542 may now be engaged in more selective and limited scale attacks in parallel to the typical mass scale email campaigns. 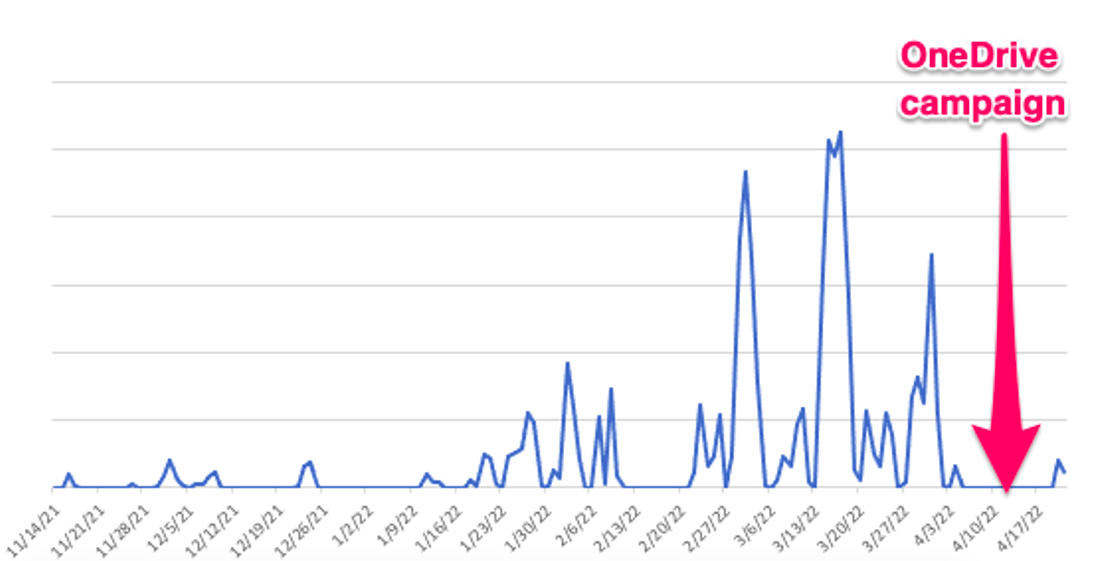 Additionally, it is notable that TA542 is interested in new techniques that do not rely on macro-enabled documents as Microsoft is making it increasingly difficult for threat actors to use macros as an infection vector. In February, Microsoft announced it would begin blocking Visual Basic for Application (VBA) macros obtained from the internet by default in April. This follows Microsoft’s announcement to disable XL4 macros in 2021. Typically, threat actors including TA542 that use macro-enabled attachments rely on social engineering to convince a recipient the content is trustworthy, and enabling macros is necessary to view it.