Blog
Threat Insight
Oops, they did it again: APT Targets Russia and Belarus with ZeroT and PlugX

Oops, they did it again: APT Targets Russia and Belarus with ZeroT and PlugX

Although state-sponsored attacks against the United States by Chinese threat actors have decreased dramatically since the signing of the US-China Cyber Agreement in 2016, Proofpoint researchers have continued to observe advanced persistent threat (APT) activity associated with Chinese actors targeting other regions. We have previously written about related activity [2][3] in which a particular China-based attack group used PlugX and NetTraveler Trojans for espionage in Europe, Russia, Mongolia, Belarus, and other neighboring countries. Most recently, we have observed the same group targeting military and aerospace interests in Russia and Belarus. Since the summer of 2016, this group began using a new downloader known as ZeroT to install the PlugX remote access Trojan (RAT) and added Microsoft Compiled HTML Help (.chm) as one of the initial droppers delivered in spear-phishing emails.

This blog details the function of the new malware, provides delivery details for elements of the APT activity, and describes additional changes in tactics, techniques, and procedures (TTPs) associated with this group.

In previous campaigns, the group used spear-phishing emails with Microsoft Word document attachments utilizing CVE-2012-0158, or URLs linking to RAR-compressed executables. Although some of these patterns of behavior still continue, in June 2016 we observed the attackers using a new type of dropper to deliver a previously unknown malware we named "ZeroT". Specifically, the CHM file 20160621.chm (SHA256: 4ef91c17b1415609a2394d2c6c353318a2503900e400aab25ab96c9fe7dc92ff) dropped the first known sample of ZeroT.

The proprietary Microsoft HTML Help file format (.chm) is used for software documentation and may consist of HTML pages and other compressed files. This particular CHM contained an HTM file and an executable file. The HTM file contained the text displayed to the user and referenced the executable svchost.exe (SHA256: d1c4a51064aeec4c11a8f90f80a3b60a36c07cce2dde0756c114e477d63ce375). Thus, opening the CHM has the effect of running the executable (the UAC dialog is shown in Figure 1). 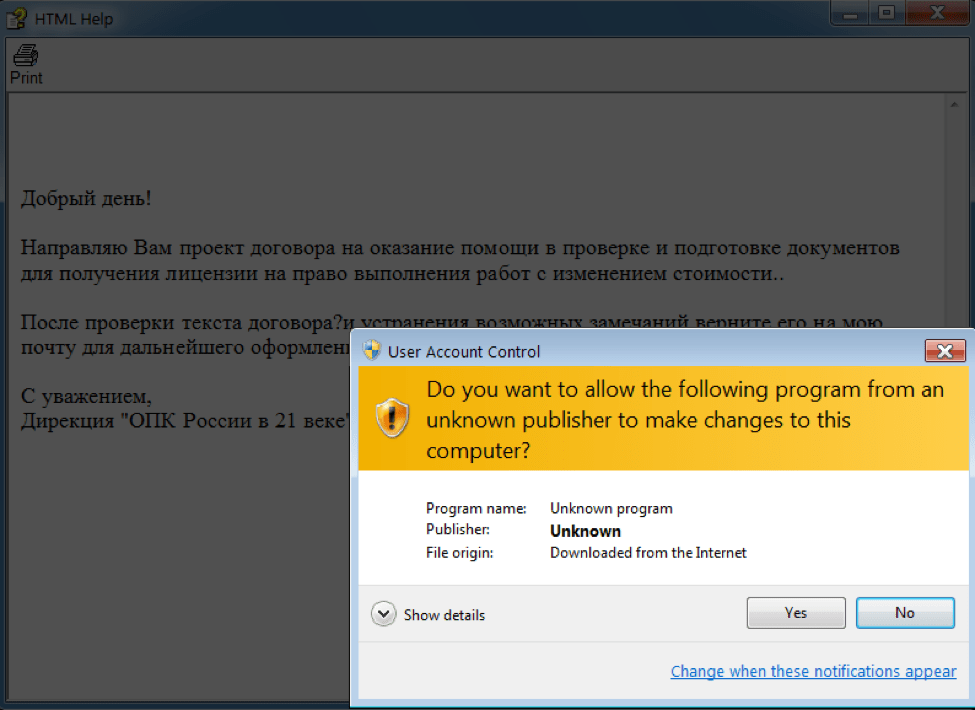 Figure 1: The dropper file 20160621.chm with a Russian-language lure pretends to be from the “Defense Industry of Russia in the 21st Century”; user must accept the UAC warning before malware executes.​​​

Figure 2: Listing of the files in the CHM file and their partial contents

Attackers also continued to send spear-phishing emails with Microsoft Word attachments utilizing CVE-2012-0158 to exploit the client. These documents were built with MNKit, described in detail here [6][7]. For example, the email with subject “Федеральная целевая программа 2017-2020 гг.” (translated from Russian: “Federal Target Program 2017-2020 gg.”) contained an attachment “2017-2020.doc” and was sent to a potential victim in an aerospace company in December 2016. 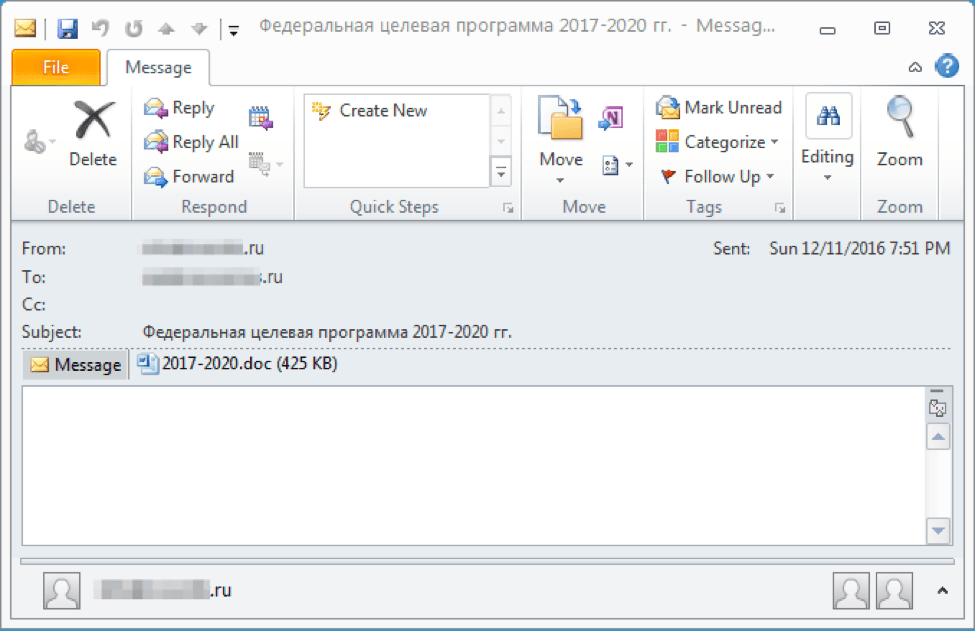 Throughout the second half of 2016 we also found many RAR archives and RAR SFX (self-extracting executables) of ZeroT; example names are listed in the table below. Several refer to Commonwealth of Independent States (CIS), a regional organization that includes nine out of the fifteen former Soviet Republics, including Russia and Belarus [5].

This section provides an analysis of ZeroT, its delivery and obfuscation techniques.

This executable is obfuscated using the same technique that is reused in the sideload DLL and the ZeroT payload (described later). When run, Go.exe modifies the registry key shown in Figure 5 to perform the UAC bypass by exploiting Event Viewer [1].

It then executes eventvwr.exe which proceeds to execute Zlh.exe using the UAC bypass vulnerability (Fig. 6).

Figure 6: Zlh.exe is executed via the eventvwr.exe UAC bypass vulnerability

Zlh.exe is a legitimate, signed Norman Safeground AS application, which is used to sideload a malicious nflogger.dll DLL.The encrypted ZeroT payload is usually named NO.2.mui. The sideloaded DLL does not always use the same vulnerable executable, but it is always similar in functionality. Usually the DLL is not packed, but we have observed instances compressed by UPX. This malicious DLL is usually obfuscated with the same junk code: dummy API calls inserted in between real instructions (Fig. 7). The same obfuscation can be found in multiple functions in ZeroT itself.

This DLL has no other noticeable characteristics, as it functions like a typical malicious sideload. After loading the encrypted payload in memory, it transfers the execution to a shellcode that is located at the beginning of the file. Even if the process is similar for the PlugX RAT sideloaded later, the shellcode and obfuscation have nothing in common. Once loaded in memory, the ZeroT shellcode does not present any kind of obfuscation, unlike that for PlugX. This shellcode is charged with unpacking the encrypted and compressed payload. As in the new PlugX dropper detailed below, this is done using RC4 and RtlDecompressBuffer. As in PlugX samples, the PE header of ZeroT has been tampered with, specifically the “MZ” and “PE” constants (Fig. 8). On some PlugX versions, either “GULP” or “XV” are common as tags replacing the “MZ” constant.

ZeroT communicates with its command and control (C&C) over HTTP. A fake User-Agent is used in all the requests made by this malware: “Mozilla/6.0 (compatible; MSIE 10.0; Windows NT 6.2; Tzcdrnt/6.0)”, with “Tzcdrnt” possibly being a typo of “Trident.” In all the samples we observed, ZeroT first beacons to index.php expecting an RC4-encrypted response using a static key: “(*^GF(9042&*” (Fig. 9).

In the decrypted initial server response (Fig. 10,11), ZeroT expects several URLs including a location to POST system information prefixed with “w:” and a download location for any stage 2 payloads denoted with an “r:” prefix.

Next, ZeroT uses HTTP POST beacons to transmit information about the infected system to the C&C. The first beacon contains the following data: “Cn=%s&La=%s&” where Cn is the computername and La is the local IP address (Fig. 11). While the first beacon is transmitted in cleartext it is probable that this behavior was unintentional as subsequent POST beacons in the loop are encrypted. The first POST beacon is followed by another in the following format (Fig. 11,12): “Lg=%d&Pv=%d&Bu=%%s&Cn=%s&Cu=%s&Dn=%s&Ki=%s&La=%s&Me=%s&Os=%s&Ov=%s&Pt=%s&Fl=%%d” that is RC4-encrypted with the following key: “s2-18rg1-41g3j_.;”. This POST sends basic fingerprinting data including computer name, system language, domain information and Windows versioning.

The final piece of ZeroT’s C&C protocol is to retrieve any stage-2 payloads. In the initial samples of ZeroT, the tassnews[.]net C&C was used to distribute plain, non-encoded PE payloads (Fig. 13). Although we were not able to retrieve all the payloads that may have existed at this C&C, the ones we did observe were RAR SFX archives used to deliver PlugX.

The ZeroT samples communicating to versig[.]net functioned differently from samples using tassnews[.]net where Bitmap (BMP) [8] URLs (Figure 14) were provided as a stage 2 payload instead of EXEs (Fig. 14).

The BMPs used for stage 2 in all the instances we analyzed looked like normal images (Fig. 15, 16) which indicated a form of steganography is being used that minimizes changes to the appearance of the image. 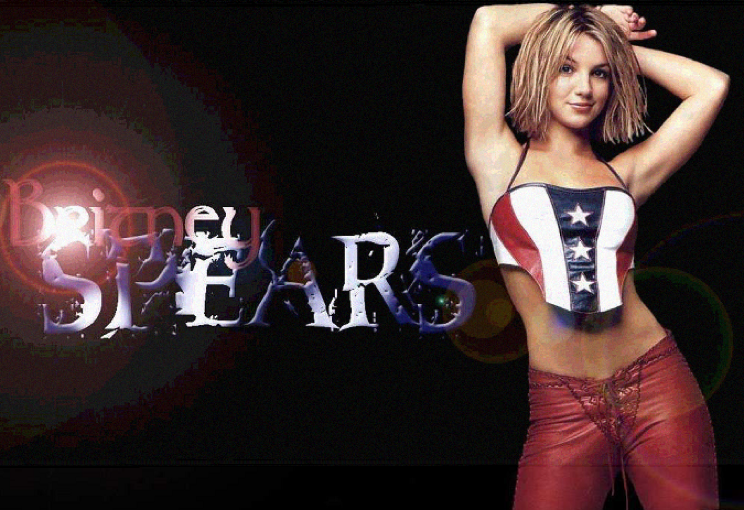 Analysis of the F.bmp image revealed that it is indeed using Least Significant Bit (LSB) Steganography [9,10], a commonly used form of steganography that embeds data in an image without significantly affecting its appearance.

ZeroT uses a single, large function for the custom LSB algorithm that occurs as the first function in the samples we analyzed. It may selectively choose to extract one, two, three, or four bits per pixel byte depending on the size of the embedded payload and the image being used, meaning it is capable of 1-, 2-, 3-, and 4-bit LSB (Fig. 16). 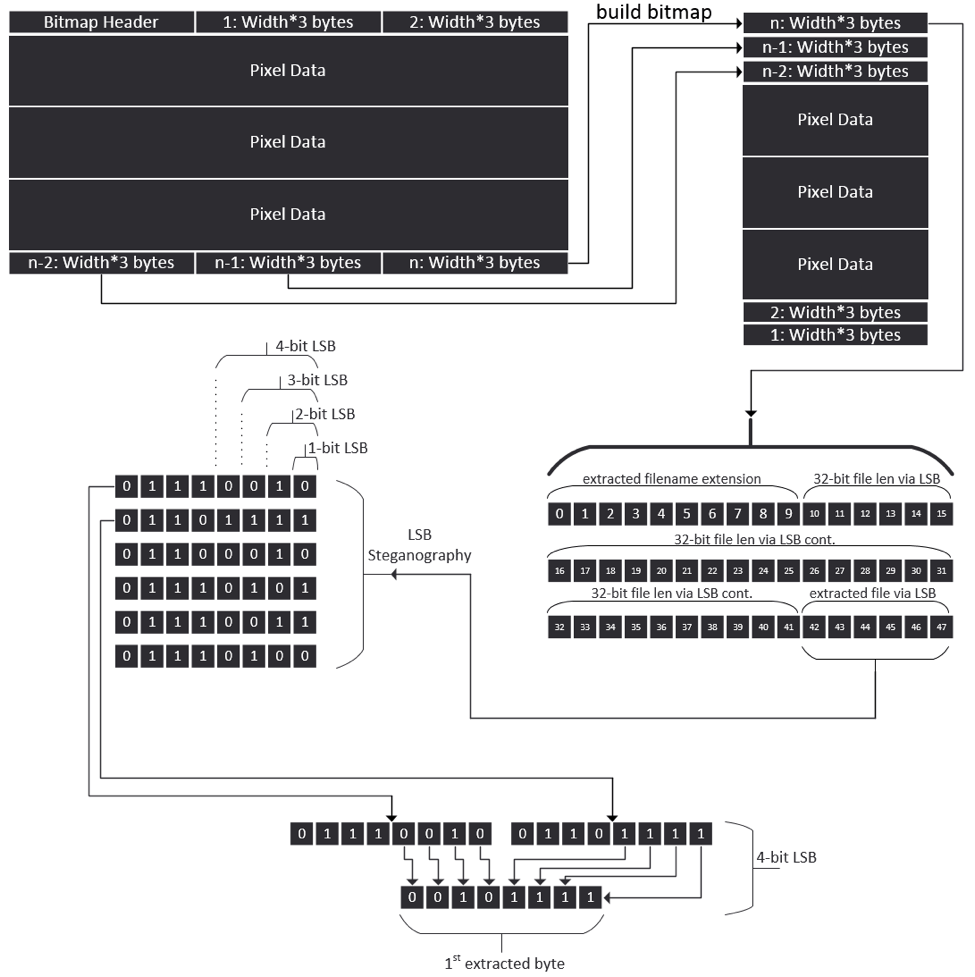 The first step in the algorithm extracts the width and height from the image. A 24-bit depth Bitmap is assumed while calculating the size of memory needed (3*Width*Height) to store all the pixels in the image, which is allocated using malloc. Next, because Bitmaps are padded to 32-bit boundaries, ZeroT will check to see if any padding exists by AND’ing 3*Width. If that value is not zero, then it is subtracted from four which is then used as the padding.

The following step in the algorithm is to assemble the bitmap row by row. Technically what occurs is as follows: iteratively 3*Width bytes, beginning at the hardcoded offset of 54, are copied to the end of the previously allocated memory (malloc’d 3*Width*Height). Padding is then skipped, if any exists, followed by the next 3*Width bytes until all rows of pixels are copied.

Next, starting at offset 10 of the assembled bitmap, ZeroT extracts a 32-bit value from 32-bytes using 1-bit LSB that is used to indicate the size of the embedded stage 2 payload. The stage 2 file extension is then extracted starting at offset nine and working its way backwards until a period is found (e.g., “.exe”).

Finally, ZeroT checks various values such as the image length against the needed bits to complete the length of the extracted payload [8*len(extracted payload)]. Depending on the result, ZeroT will decide to use 1-, 2-, 3-, or 4-bit LSB. Lastly, once each bit is extracted, all the bits will be compiled into bytes to form the extracted stage 2 payload.

Until the end of 2016, PlugX payloads were delivered as RAR SFX archives and used one of the usual sideload executables such as fsguidll.exe. ZeroT sets up the persistence for these samples,  adding a new service to run PlugX during system startup (Fig 17).

Of interest, a recent ZeroT sample (SHA256: a9519d2624a842d2c9060b64bb78ee1c400fea9e43d4436371a67cbf90e611b8) downloaded a much smaller BMP payload (SHA256: 25de9c3f7bf1f0be7eb84cf90efb643d5d51ce1742da8bcc4c7db0eec79a221f). This was an example where the stage 2 payload was distributed using a custom dropper instead of RAR SFX. This dropper loads the resources (Fig. 18), decrypts them using the MD5 hash of a command line argument as the RC4 key (note: crypto API is used instead of the custom RC4 implementation) and decompresses it with LZNT1 via the RtlDecompressBuffer API. There are three Resource items contained in the payload that would eventually decrypt to: “fsguidll.exe”, “fslapi.dll”, and “flsapi.dll.gui.” Unfortunately, when the payload extracted from the BMP is executed, no command line argument is provided so none of the resources are properly decrypted and decompressed. Based on the file names and size of fslapi.dll.gui, it is very likely that PlugX is the intended stage 2 payload.

Finally, in all other cases where a stage 2 payload was successfully retrieved, PlugX was delivered. None of the PlugX samples that we analyzed were issued from new builders (internal version 20141028), and therefore they do not present any kind of new techniques. The extracted PlugX configurations are provided in Appendices A and B [11].

In addition to their similar TTPs, ZeroT infrastructure has been continuously shared with NetTraveler and both malware families share the same C&C domains.

The PlugX samples downloaded by ZeroT exhibit infrastructure connections to PlugX samples described in our 2015 blog about this group,  “In Pursuit of Optical Fibers and Troop Intel: Targeted Attack Distributes PlugX in Russia”. Specifically:

Figure 19: Illustration of infrastructure connections on a limited set of samples

This APT activity represents both a change in TTPs as well as the introduction of new malware known as ZeroT by a Chinese state-sponsored attack group that we have previously associated with multiple campaigns. Proofpoint researchers have predicted that APT activity will continue to increase in the coming year and we will continue to track developments among state-sponsored actors.