As we near Election Day, media companies are at risk as a well-timed hack could distribute misinformation, impact election coverage, or even spark violence in the politically charged atmosphere of this election cycle. Media companies face three primary challenges on social during this election: account hacks, an influx of malicious content, and DDoS-style social mob attacks.

Proofpoint research finds that the number of security incidents seen on social media can increase as much as 60% during major global events. For example, during one recent global event, one major media outlet used our security solution to automatically handle more than 100,000 security or acceptable use incidents across its social media properties. 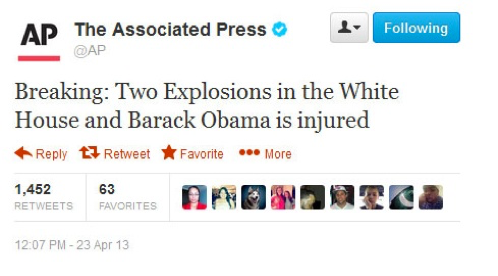 Social media hacks can have significant real-world consequences. In 2013 hackers took over the official Associated Press twitter account and posted a tweet claiming Barak Obama had been injured in an attack on the White House. The stock market dropped more than 100 points in about two minutes following the tweet.

Misinformation on polling results from a hacked media social media account could break trust with followers or even skew voter turnout in West coast states. And unfortunately bad actors have previously attacked and vandalized the web presence of multiple media sources, including Newsweek and Buzzfeed. The proliferation of regional and individual journalist accounts provides a broad attack surface, while many organizations are still in the process of implementing social media security.

Beyond account hacks, the huge influx of content surrounding an event like the U.S. elections can be overwhelming. From malware to hate speech, malicious content is rampant. Bad actors will most likely target both the employees and the social media followers of major news networks.

In addition, distributed denial of service (DDoS) attacks are a major concern for news websites during the election. There is a similar phenomenon on social media, called “social mob attacks.” During these attacks, supporters of a specific cause or organization flood a social page with spam posts, sometimes as many as three thousand posts in a single day. This effectively drowns out the legitimate posts made by the page administrators.

Media organizations need security tools with real-time monitoring and automated protection to deal with unauthorized tampering or changes in the behavior of a social account. In addition, they need a scalable way to automatically and immediately identify and delete malicious content targeting journalists or readers—and thwart social mobs. For consumers watching tomorrow’s election results, we highly recommend checking multiple sources as news breaks and to avoid clicking on links posts from un-verified sources.