Proofpoint researchers originally discovered the CryptFIle2 ransomware in March [1]. At the time, it was spreading via exploit kits (EKs); however, beginning on August 3, 2016, we detected the first large-scale email campaign distributing CryptFIle2, allowing a degree of targeting not generally possible with EKs. This ongoing campaign appears to be targeting primarily state and local government agencies and educational institutions in the United States.

The messages in this campaign used a convincing email body and had a variety of Subject lines referencing American Airlines, adding an air of legitimacy to the lures. These subjects included: 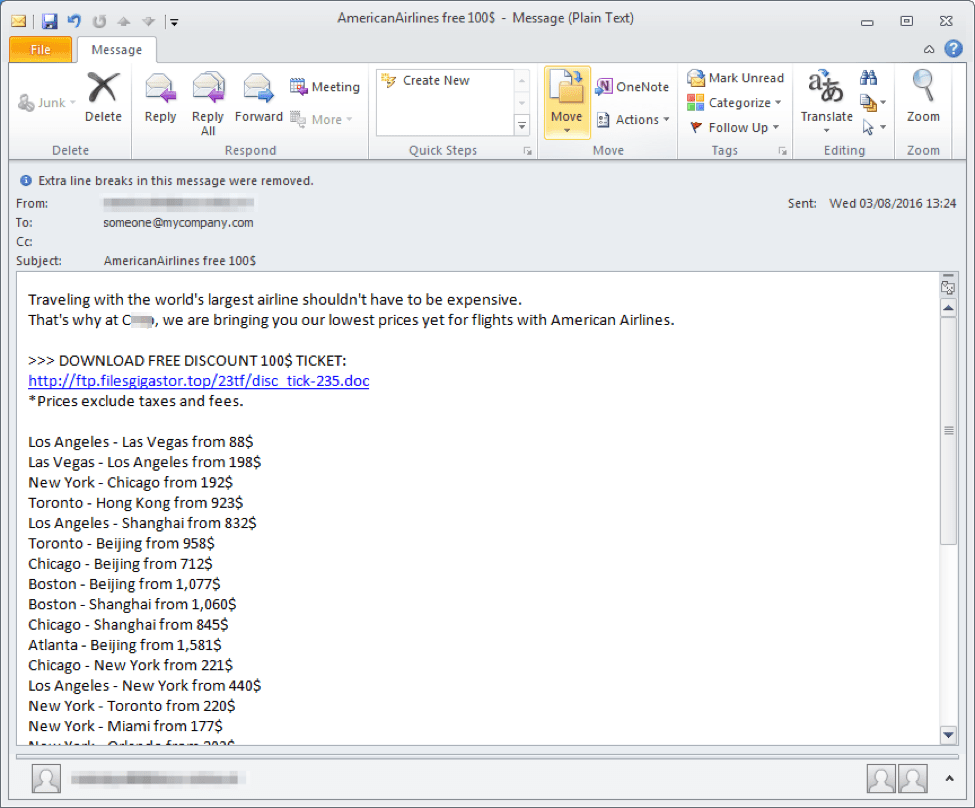 Figure 1: Email using a convincing lure and fraudulent branding to deliver the malicious URLs that eventually lead to ransomware 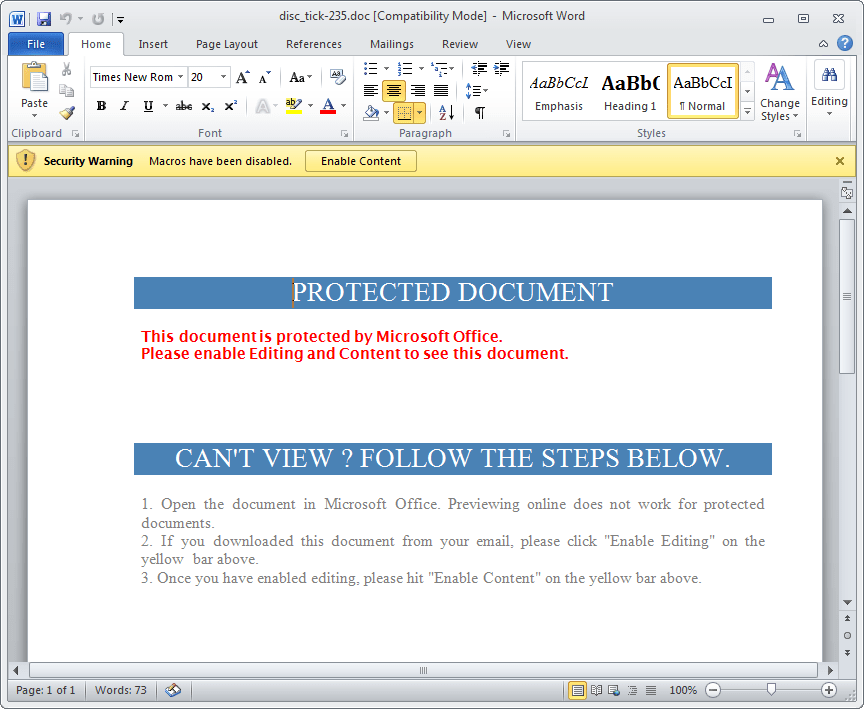 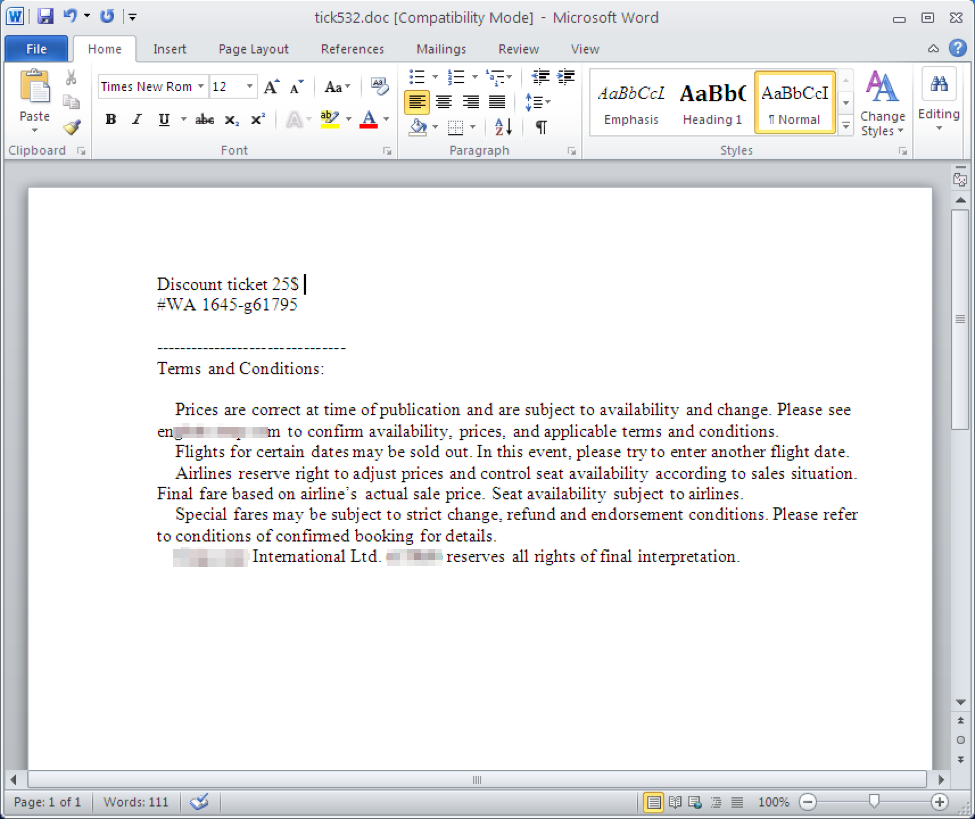 Figure 3: After enabling macros, a customized lure appears with an airline ticket offer similar to that in the original email message; this lure references a legitimate travel site (obscured here)

Proofpoint researchers first discovered CryptFIle2 in March 2016 [1] spreading via Nuclear and Neutrino exploit kits. The current campaign is the first large email-borne campaign observed for the ransomware. This campaign began with hundreds of thousands of messages on August 3, and continued with a long tail of only several thousand messages each following day.

This campaign is primarily aimed at state and local government agencies, followed by K-12 education. Messages came through in smaller numbers for healthcare, post-secondary education, and several other verticals. 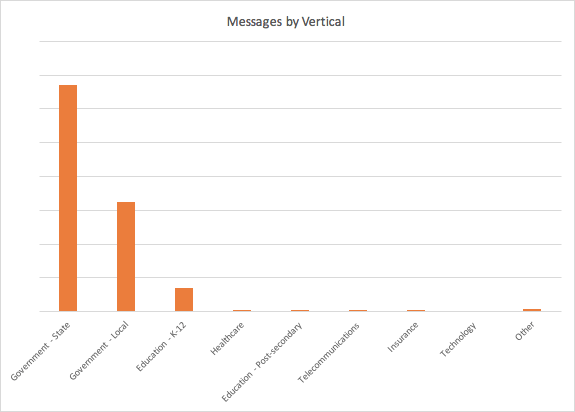 Compared to our last analysis, the files dropped on the file system to alert the victim that they are infected have changed slightly: 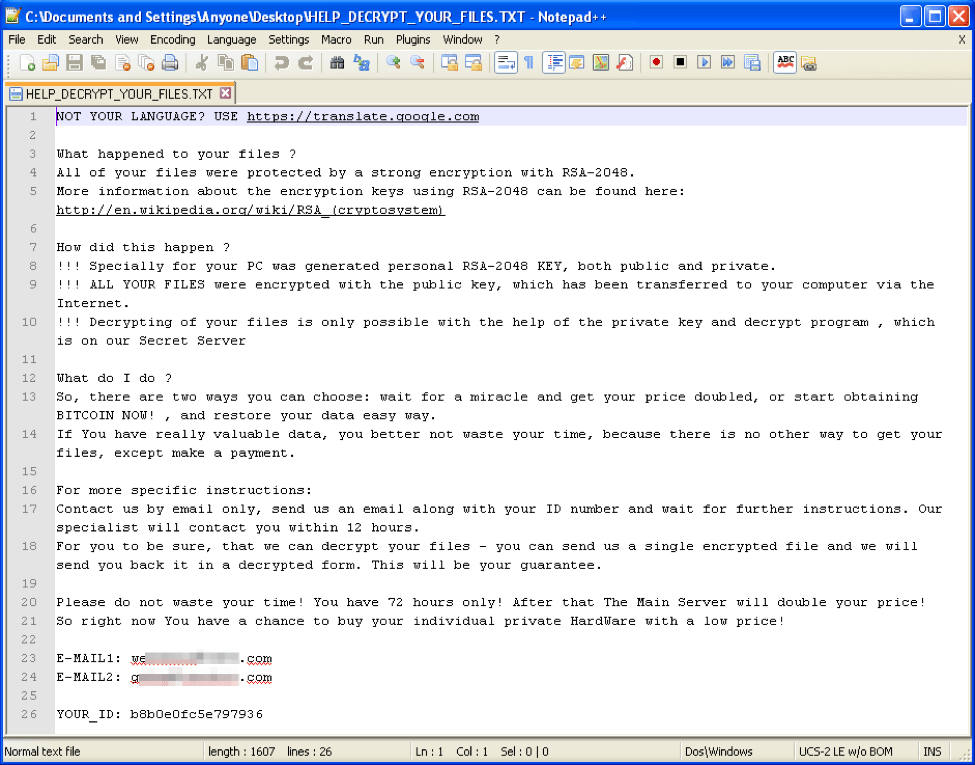 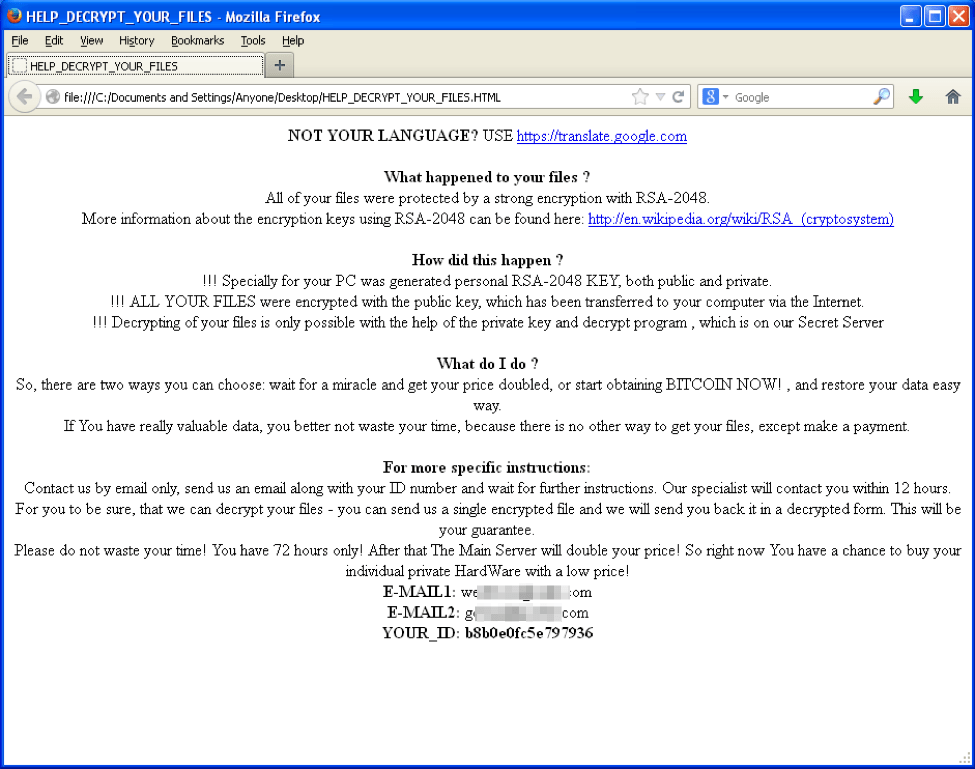 However the encrypted files are still renamed to contain the original file name, followed by the “.id_[personalid]_[ransomemail].scl” extension. In this new file name, the “personalid” is a 16-character string consisting of lower-case letters and numbers. The “ransomemail” is the email with which the infected user is supposed to communicate to get their files decrypted. Examples of renamed files appear below:

The network communication protocol also remains the same and can be detected with ET signature 2022683 “ET TROJAN Win32/CryptFile2 Ransomware Checkin”. In addition to the standard command and control (C&C) request, the malware first requests a “default.jpg” file from the server, to which the server replied with “default” in our case. This functionality may allow threat actors to customize the skin of ransom message. 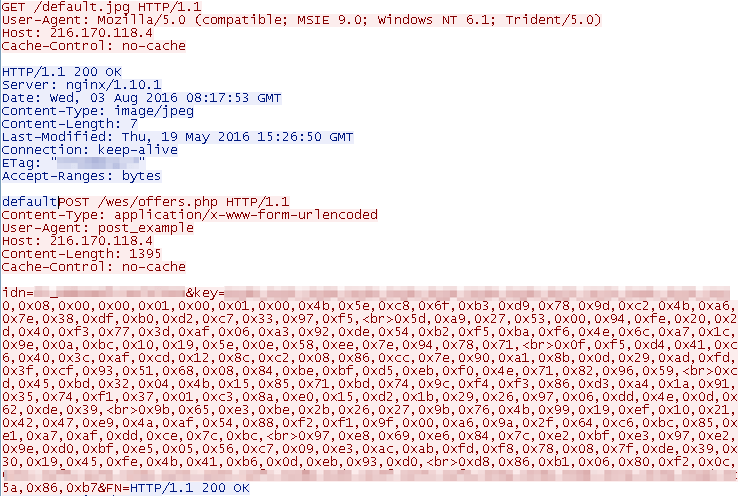 As mentioned in our previous analysis, it is likely that this ransomware is another one in the series of CrypBoss clones, which already include HydraCrypt and UmbreCrypt.

The number of ransomware instances in the wild continues to increase, with new variants appearing regularly. As this campaign and others like it demonstrate, sheer numbers of variants are not the only risk for users. Rather, shifting vectors and changing delivery methods require organizations to employ comprehensive protection solutions across both gateways and endpoints to avoid infection. In particular, the targeting in this campaign made possible through email distribution, brings increased risks to public sector organizations that may be less equipped to detect and mitigate these kinds of threats. Organizations that do not update defenses to detect and stop this latest generation of ransomware threats may find themselves in the difficult position of having to pay the ransom, which carries its own set of risks.