Share with your network!
May 26, 2021 Selena Larson and Matthew Mesa

Proofpoint researchers identified a BazaLoader campaign requiring significant human interaction to execute and install the BazaLoader backdoor. The threat actor leveraged phone-based customer service representatives to direct victims to unknowingly download and install the malware. This campaign is representative of a broader trend leveraged by the BazaLoader threat actors using call centers as part of an intricate attack chain.

The entertainment-themed campaign was first observed in early May 2021 and masqueraded as a streaming entertainment service, complete with a slick website featuring fake movies. The campaign demonstrates an inversely proportional relationship between successful infection rates and asking people to complete complicated steps – the more steps required by the user, the less likely they are to complete the attack chain. However, despite being counterintuitive, the techniques used by the threat actors in this, and similar, campaigns help bypass fully automated threat detection systems. Additionally, leveraging a streaming service cancellation lure preys on a growing trend of users cancelling online entertainment following major growth in the industry during 2020.

BazaLoader is a downloader written in C++ that is used to download and execute additional modules. Proofpoint first observed BazaLoader in April 2020. It is currently used by multiple threat actors and frequently serves as a loader for disruptive malware including Ryuk and Conti ransomware. Proofpoint assesses with high confidence there is a strong overlap between the distribution and post-exploitation activity of BazaLoader and threat actors behind The Trick malware, also known as Trickbot.

In the recent BazaLoader campaign, messages purport to be from various senders with subjects such as: 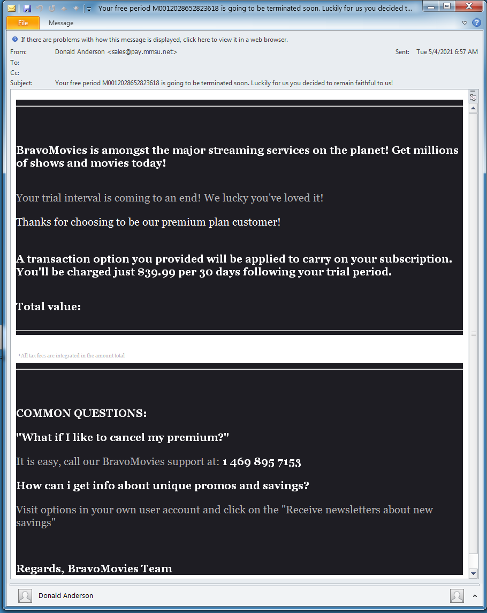 The emails contain phone numbers and references to the "BravoMovies" company. The messages purport to inform the target their credit card will be charged unless they cancel their subscription to the service. If the user calls the phone number provided in the email, a customer service representative will verbally guide the user to the company's alleged website. The website is a convincing representation of a movie and television streaming service. The threat actors used fake movie posters obtained from various open-source resources including an advertising agency, the creative social network Behance, and the book “How to Steal a Dog.”

When the user visits the site mentioned, navigates to the Frequently Asked Questions component of the website, and follows the directions to unsubscribe via the “Subscribtion” page, they will be directed to the download of an Excel Sheet. 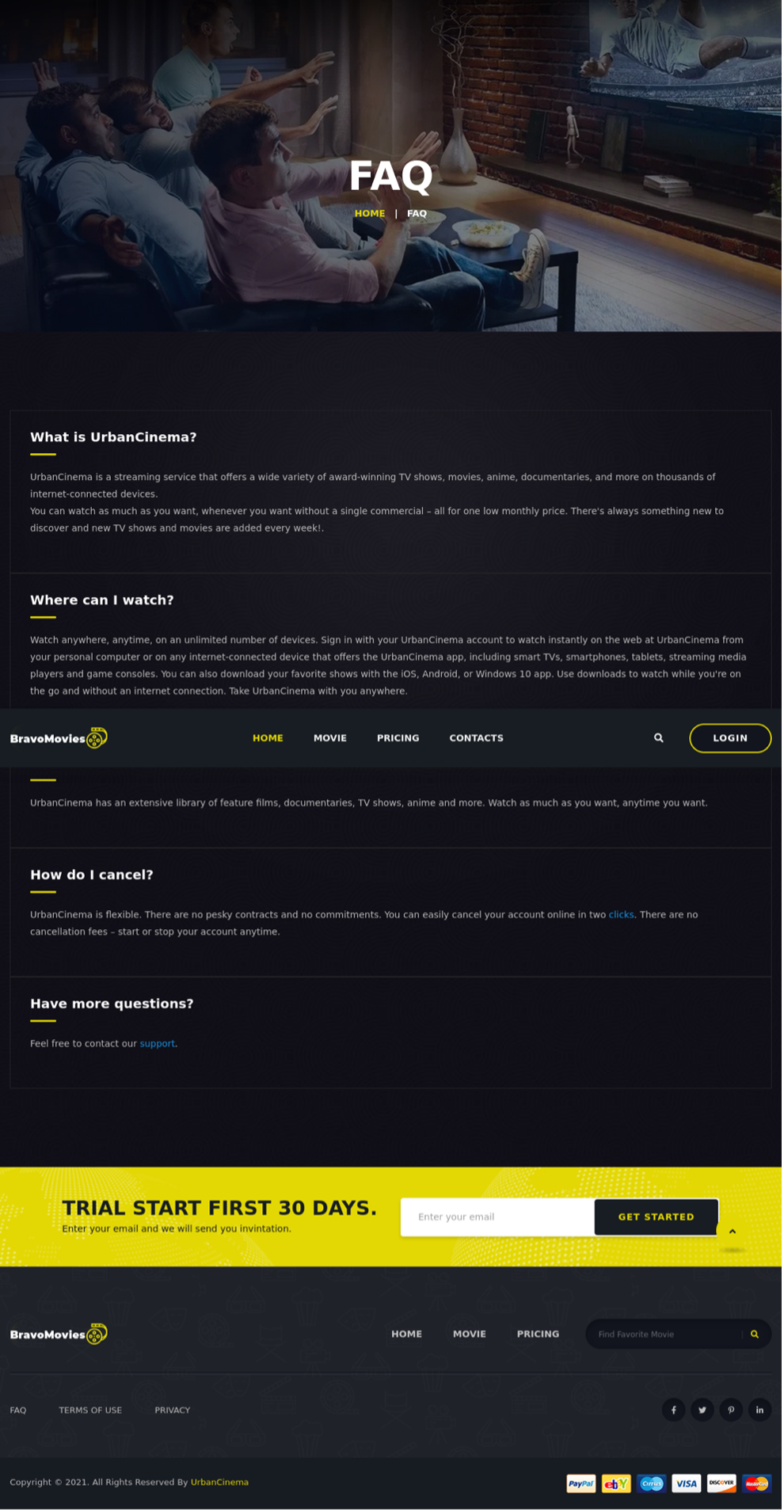 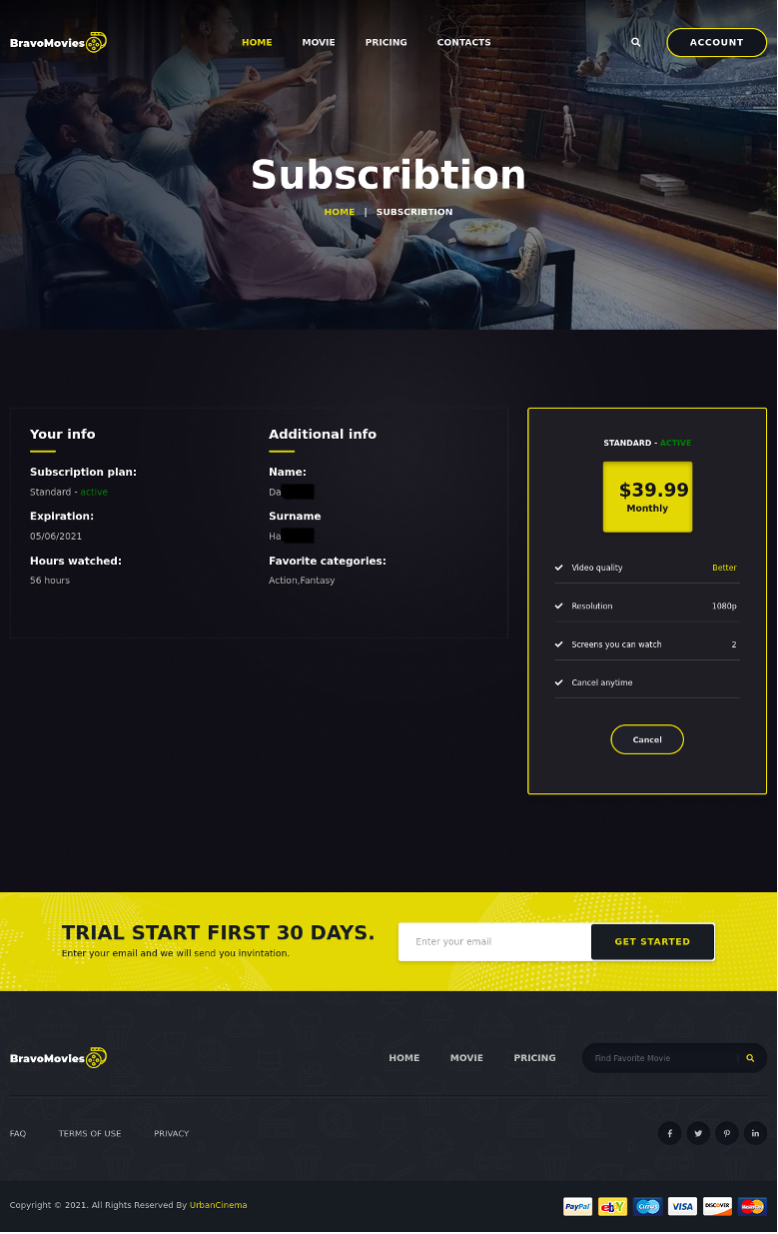 The Excel sheet contains macros that, if enabled, will download BazaLoader. 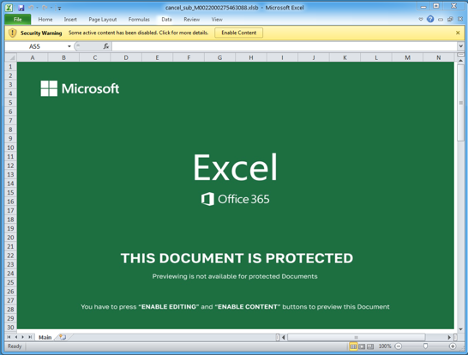 At this time, Proofpoint has not observed the second-stage payload in this campaign.

Additionally, Proofpoint researchers have observed similar infection chains leading to the distribution of The Trick instead of BazaLoader. By leveraging attack chains that require a lot of human interaction, threat actors can bypass some automated threat detection services that only flag on malicious links or attachments in email. Proofpoint anticipates the threat actors behind BazaLoader and The Trick will continue to use these techniques in future campaigns.

Using entertainment subscription themes may be a timely and effective method for convincing users to engage with the email content and follow-on malicious documents. During the COVID-19 pandemic in 2020, subscriptions to online streaming services skyrocketed, surpassing one billion users globally last year. But according to recent 2021 data, consumers are using fewer services while churning through free subscriptions and cancelling when their trials run out. BazaLoader threat actors are taking advantage of this human behavior trend in the identified campaign.