With fall foliage peaking around the northern hemisphere, pumpkin spice lattes warming our cups, and fall in full swing, the end of Oktoberfest is always a good time to look at threats facing German-speaking regions, many of which are unique to these centers of global finance and diplomacy. While Germany, Austria, and Switzerland are all subject to large, indiscriminate global campaigns, many regionally targeted threats are also worth highlighting, both for their local significance and the global trends they help confirm.

As we have observed globally, German-speaking regions are frequently targeted with downloaders, banking Trojans, and, less frequently, ransomware. However, Germany in particular has experienced attacks with malware less common in other regions. Banking Trojans, by their nature, must be configured with webinjects for regional banks and e-commerce sites, while others rely on German-language emails and lures for distribution in the region.

Proofpoint researchers first documented the Osiris banking Trojan in late July when it appeared in a German campaign. Osiris was a new version of the aging Kronos banker that used the Tor network for communications with its command and control (C&C) infrastructure. Figure 1 shows an example email from this campaign, which used macro-laden Microsoft Word attachments to download and install Osiris. 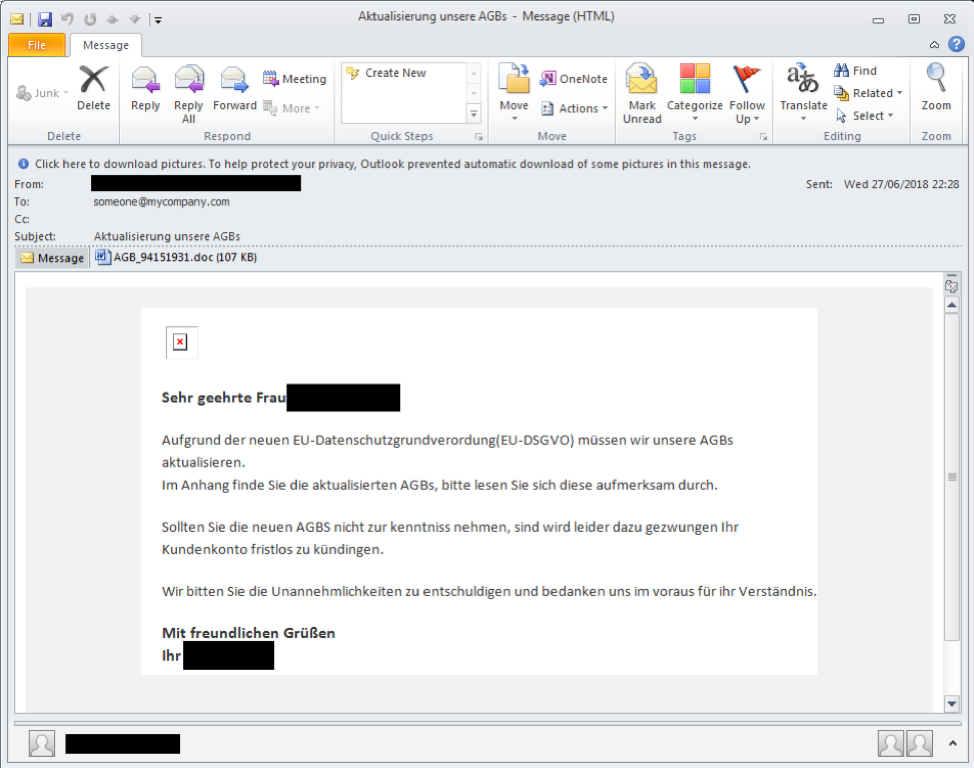 The Retefe banking Trojan, on the other hand, frequently appears in German-language attacks on Swiss targets. Unlike most banking Trojans, Retefe operates by routing traffic involving the targeted banks through its proxy (see Figure 2). Over the past year, Proofpoint researchers have documented weekly, if not daily, Retefe campaigns in Switzerland, as well as campaigns in Scandinavia and Austria. 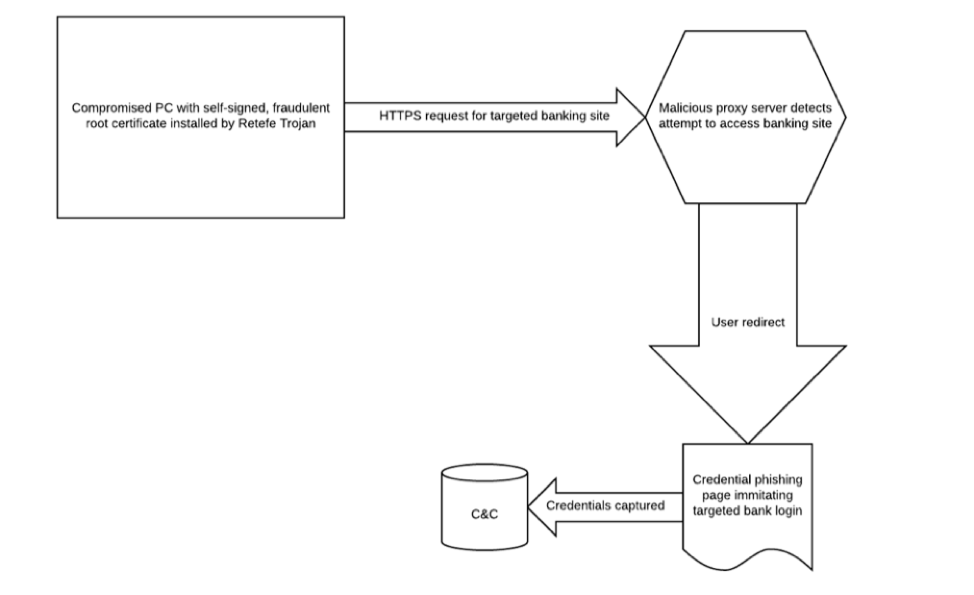 It is also worth noting that Emotet, another banking Trojan, was originally spotted in Germany, Austria, and Switzerland in 2015, but has since grown into a global threat that still affects German-speaking organizations regularly.

Downloaders appeared in nearly 20% of global malicious email campaigns in the second quarter of 2018, up 7 percentage points from Q1. Germany was no exception to this trend with threat actors distributing the Nymaim downloader almost exclusively in Germany and Poland in recent months. Example subject lines in recent campaigns include:

In some cases, the emails contained links to zipped Nymaim executables while others used password-protected Microsoft Word documents. Nymaim has been documented downloading the Ursnif banking Trojan and other reconnaissance and downloader malware.

Although distributed at much lower volumes than we observed in 2016 and 2017, ransomware continues to appear in German-language campaigns as well. One such campaign distributing Gandcrab ransomware leveraged the brand of a well-known photographer, and included both a photo and zipped executable attachments (Figure 3). The latter installed Gandcrab when opened.

Figure 3: Email purporting to be from a well-known photographer using multiple attachments to distribute Gandcrab ransomware

In another first, we detected the first observed email attack distributing Rapid ransomware earlier this year. The attack targeted German organizations with subjects including: 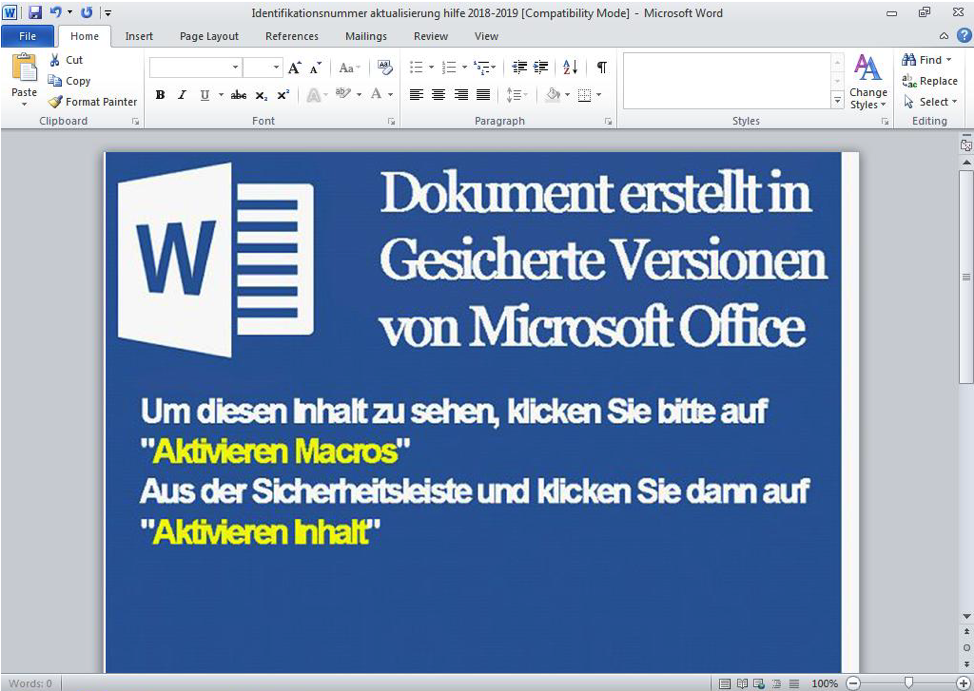 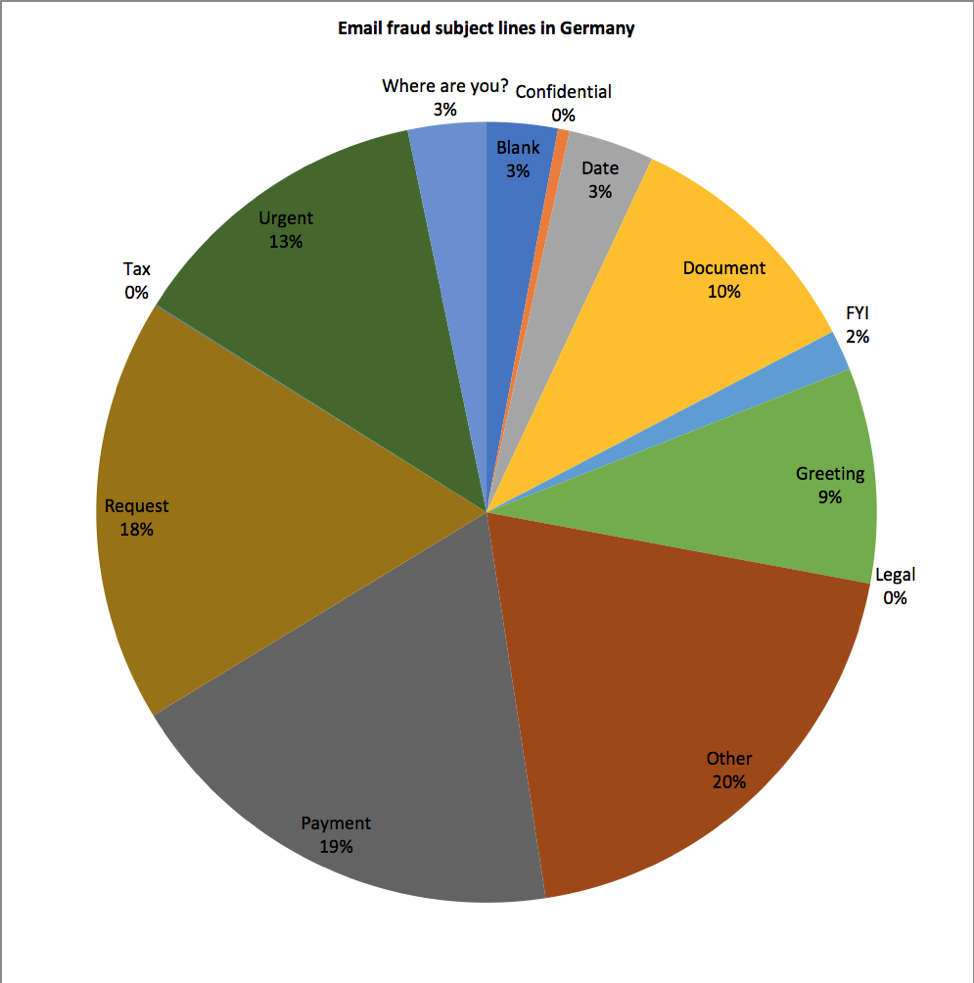 Globally, 9.4% of email fraud used so-called “fake chains” -- tactics used to create the appearance of an email history -- in the second quarter of 2018. Over 11% of German email fraud used this technique, but other parameters, such as number of victims targeted per attack were similar to those measured in other regions.

Regardless of the exact presentation, user education and robust next-generation defenses are critical to preventing email fraud. 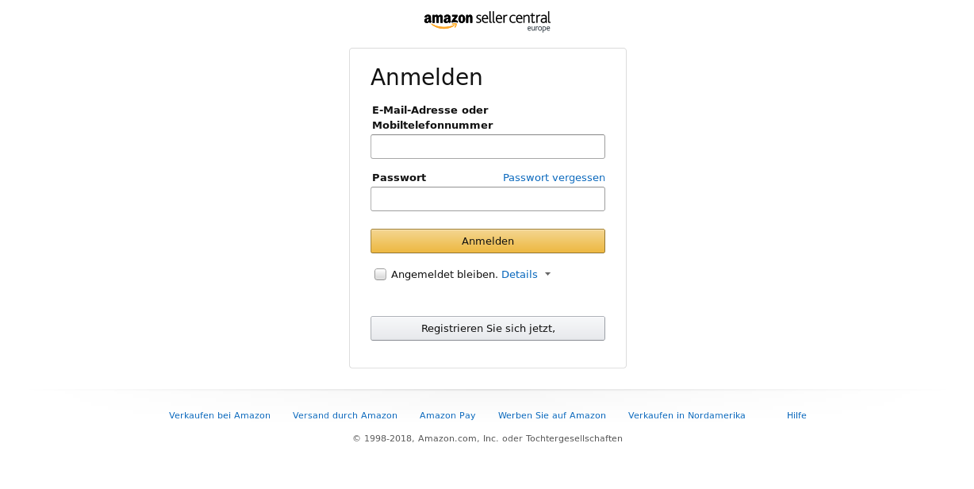 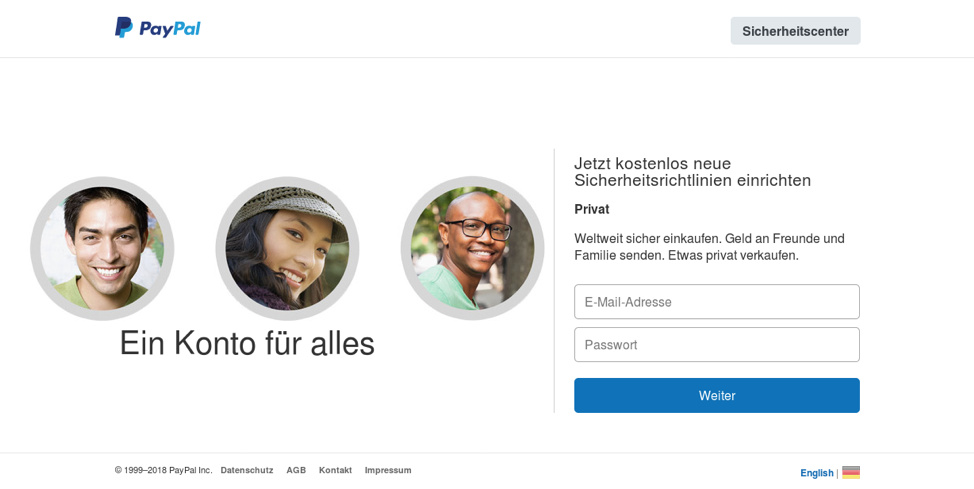 Figure 8: Phishing template for PayPal credentials featuring stolen branding and design in German; note that the only difference between fake page and the legitimate page is the use of an older PayPal logo

Figures 6-8 show samples of these types of attacks, all of which can help attackers obtain credentials, steal directly from organizations and individuals, and establish beachheads within organizations to launch future attacks.

Germany and other German-speaking regions face a variety of online threats. While many mirror those facing regions around the world, some, like the Retefe banking Trojan, are much more frequently observed with German lures and webinjects specific to regional banks. Email fraud mirrors trends elsewhere in the world, but we continue to see growth among BEC actors using German-language lures. Phishing as well continues to become more sophisticated with carefully crafted landing pages and stolen branding designed to trick both enterprise users and consumers. For defenders in these regions -- and worldwide -- a combination of layered defenses, strong threat intelligence, and rigorous end user training are all critical to combatting these threats.