This post will be updated as the threat is mitigated with additional C&C takedowns; for now we are only sharing basic information related to this campaign to avoid enabling actions by other threat actors. We have already included new IOCs following initial takedown operations and will continue to monitor and engage in mitigation efforts.

On Tuesday, October 18, Proofpoint researchers detected a malicious Microsoft Word attachment exploiting a recently patched Adobe Flash vulnerability, CVE-2017-11292. We attributed this attack to APT28 (also known as Sofacy), a Russian state-sponsored group. Targeting data for this campaign is limited but some emails were sent to foreign government entities equivalent to the State Department and private-sector businesses in the aerospace industry. The known geographical targeting appears broad, including Europe and the United States. The emails were sent from free email services.

As we examined the document exploitation chain, we found that DealersChoice.B [2], the attack framework that the document uses, is now also exploiting CVE-2017-11292, a Flash vulnerability that can lead to arbitrary code execution across Windows, Mac OS, Linux, and Chrome OS systems. The vulnerability was announced and patched on Monday, October 16 [1]. At that time Kaspersky attributed the exploit use to the BlackOasis APT group, which is distinct from APT28. We suspect that APT28, who also possess this exploit (whether purchased, discovered on their own, or reverse engineered from the BlackOasis attack), may now seek to benefit from it as quickly as possible before the patch is widely deployed.

Thus, while this exploit is no longer a zero-day, this is only the second known campaign utilizing it reported in public. APT28 burned their CVE-2017-0262 EPS 0-day in a similar fashion in April after Microsoft pushed an EPS exploit mitigation, which significantly reduced the impact of this exploit. [3] 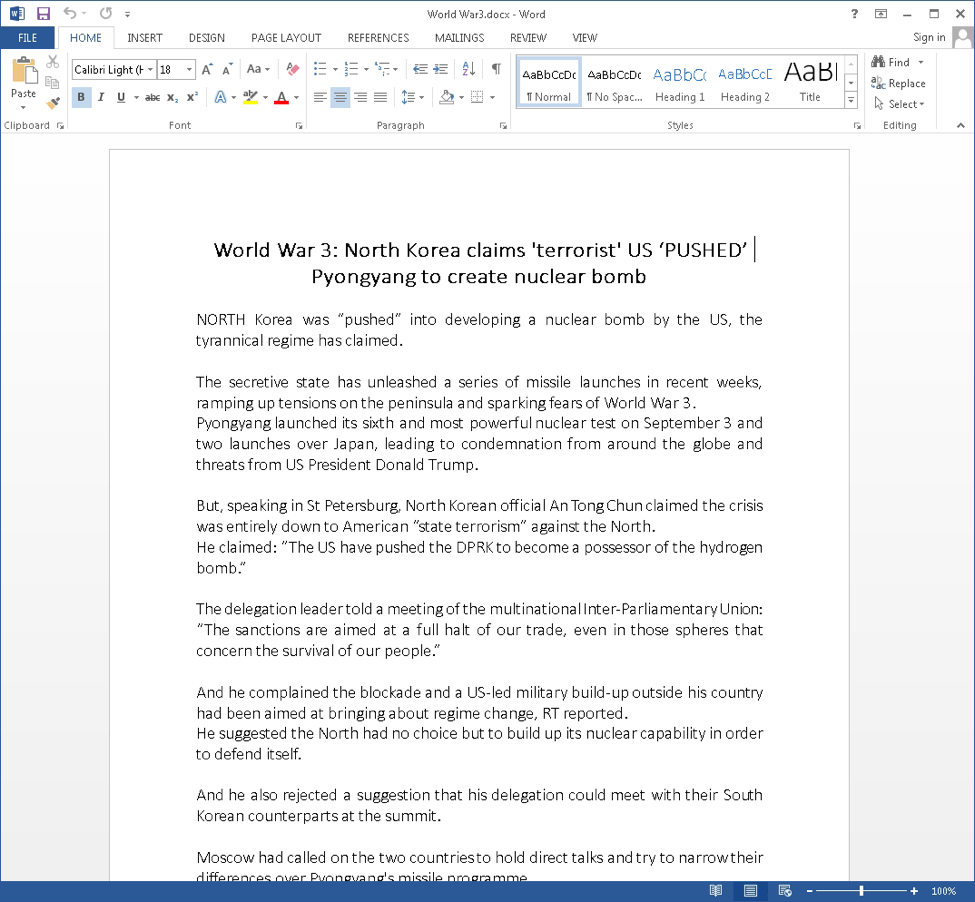 This malicious document embeds the same Flash object twice in an ActiveX control for an unknown reason, although this is likely an operational mistake. The Flash files work in the same manner as the last known attack using this tool: the embedded Flash decompresses a second Flash object that handles the communication with the exploit delivery server. The only difference is that this second Flash object is no longer stored encrypted. There are other signs that this campaign was devised hastily: for example, the actors did not change the decryption algorithm constants as they have in the past. These particular constants were already used in a late December 2016 campaign. Each document uses a different domain for victim exploitation, while the communication protocol with the server stayed the same as well. 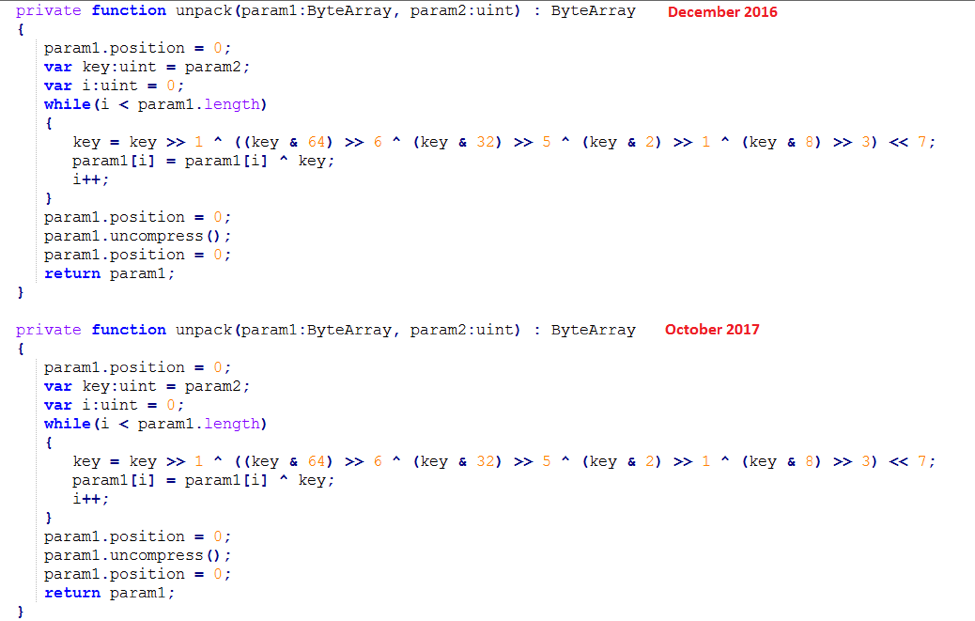 We performed testing and found exploitation to be successful on:

At this point, despite the potential impact across operating systems of this particular Flash vulnerability, Mac OS does not appear to be targeted by this campaign. Users running 64-bit versions of Microsoft Office 2016 and Windows 10 RS3 should be protected against this exploit as well.

The CVE-2017-11292 exploit (Figure 5) delivered by the server is then decrypted and executed by the Flash object handling the communications. Upon successful execution, the payload is requested, decrypted, and executed on the target system.

Figure 5: Use of the vulnerable mediacore.BufferControlParameters class

After exploitation, DealersChoice typically delivers a stage 1 implant named Uploader [4]. In this case, it delivered only the Uploader payload component (build 0x2125181f) without the intermediate dropper. This malware has basic capabilities used for reconnaissance on the target systems. Uploader is also used to deploy further tools and implants on the system. It is worth noting that the timestamp (Wed Oct 18 01:54:28 2017 GMT) present in in the payload indicates a very short delay between the setup of this attack and its launch.

APT28 appears to be moving rapidly to exploit this newly documented vulnerability before the available patch is widely deployed. Because Flash is still present on a high percentage of systems and this vulnerability affects all major operating systems, it is critical that organizations and end users apply the Adobe patch immediately. APT28 is a sophisticated state-sponsored group that is using the vulnerability to attack potentially high-value targets but it is likely that other threat actors will follow suit and attempt to exploit this vulnerability more widely, whether in exploit kits or via other attack vectors.