Share with your network!
May 23, 2019 Proofpoint Threat Insight Team

Between January 1, 2019, to May 1, 2019, threat actors conducted thousands of malicious email campaigns, hundreds of which were sent to Canadian organizations. While discussions of threats in this region often focus on “North America” generally or just the United States, nearly 100 campaigns during this period were either specifically targeted at Canadian organizations or were customized for Canadian audiences. Much of this is due to Emotet. TA542, the primary actor behind Emotet, is known for the development of lures and malicious mail specific to given regions. However, we also saw customization ranging from French-language lures to brand abuse from a number of actors geo-targeting Canada.

In addition to campaigns that are specifically geo-targeted at Canada, we frequently observe Canadian organizations being affected by global or multinational campaigns. These campaigns are typically sent by financially motivated cybercriminals, but can also be orchestrated/sent by national, state-sponsored threat actors known as Advanced Persistent Threats (APT). Overall, the majority of malware being distributed to Canadian customers affects banking and financial services most directly.

Below is a brief of high-risk malware payloads that frequently impact Canadian interests.

Emotet is a type of general-purpose malware that evolved from a well-known banking Trojan, “Cridex”,  which was first discovered in 2014. Originally targeting Western European banks, it has since been developed into a robust global botnet that is comprised of several modules, each of which equips Emotet with different spamming, email logging, information stealing, bank fraud, downloading, and DDoS, among others.

Emotet activity in 2019 included several high-volume campaigns that collectively distributed tens of millions of messages primarily targeting the manufacturing and healthcare industries. Beginning in mid-January 2019, TA542 distributed millions of Emotet-laden emails in both English and German. 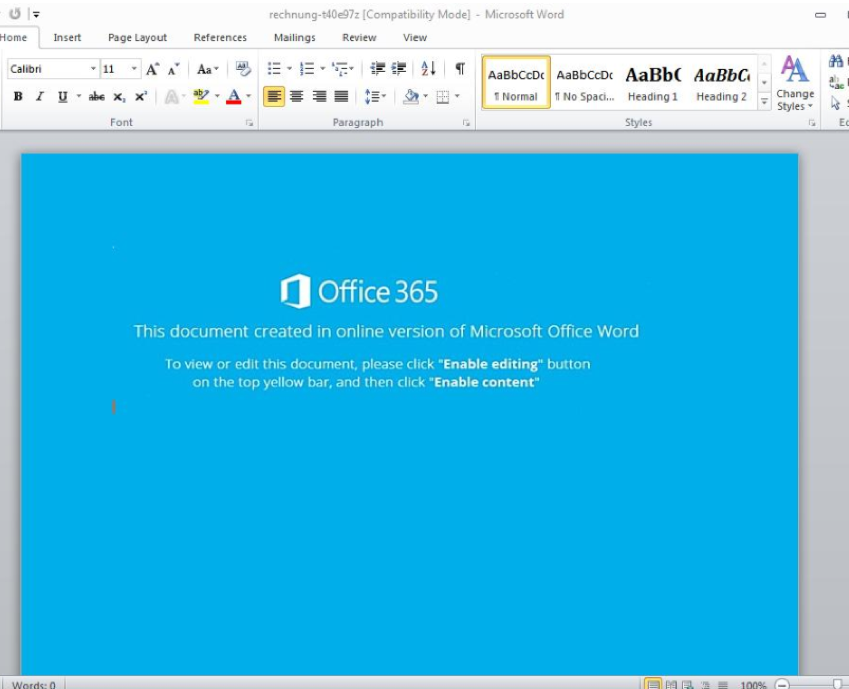 Figure 1: Word Document with macros, that once enabled, install Emotet

Ursnif is a Trojan that can be used to steal data from users of online banking websites, with the help of web injects, proxies, and VNC (remote access software) connections. It can steal data such as stored passwords as well as download updates, modules, or other malware on victim PCs.

There are now multiple variants of Ursnif in the wild, following the release of an earlier version’s source code (version 2.13.241). Variants include Dreambot, Gozi ISFB, and Papras.

While Emotet and Ursnif are the most common threats that geotarget North American countries including Canada, Proofpoint researchers are tracking several other malware strains with significantly smaller footprints that remain noteworthy threats for Canadian organizations. These include:

IcedID is a banking Trojan that Proofpoint researchers originally observed being distributed by Emotet in April of 2017. Since then, it has also been distributed by other unaffiliated actors. IcedID is international in scope and affects countries including the US, Canada, Italy, and others.

Between January 1 to May 1, 2019, several IcedID affiliates appeared to target Canadian organizations at higher rates than other geographies.

The Trick is a modular banking Trojan. The main bot enables persistent infections, downloading of additional modules, loading affiliate payloads, and loading updates for the malware. The Trick initially will attempt to disable any antivirus-related services by abusing PowerShell.

GandCrab is a type of ransomware that encrypts users' files, typically appending a ".gdcb" extension and leaving a ransom note "GDCB-DECRYPT.txt" in each directory of the client machine’s hard disk.

This malware appears to be shared among threat actors using an affiliate business model and is deployed via malicious advertising and malicious email attachments. While ransomware is now relatively rare in email, GandCrab has consistently appeared in email campaigns this year.

FormBook is a browser form stealer/keylogger that is under active development. This malware is notable in its use of "decoy domains" in its command and control (C&C) communications; typically it will connect to 15 randomly selected domains, one of which is replaced by the correct C&C.

Dridex is a banking Trojan that steals personal banking information and credentials for other sites, such as social media platforms and webmail. First spotted in November 2014, Dridex is considered to be a successor of Cridex, a similar banking Trojan.

The malware appears to be under the control of one group and is sold as a service to others. Each Dridex affiliate distributes the malware in a different manner. The distribution varies in sophistication and frequency. Observed delivery mechanisms include:

While this blog is focused specifically on malware threats affecting Canada, often among other regions, ubiquitous phishing attacks, Business Email Compromise (BEC), and other forms of imposter attacks remain ongoing threats, both internationally and in Canada. Organizations in Canada and elsewhere should remain vigilant of the following: 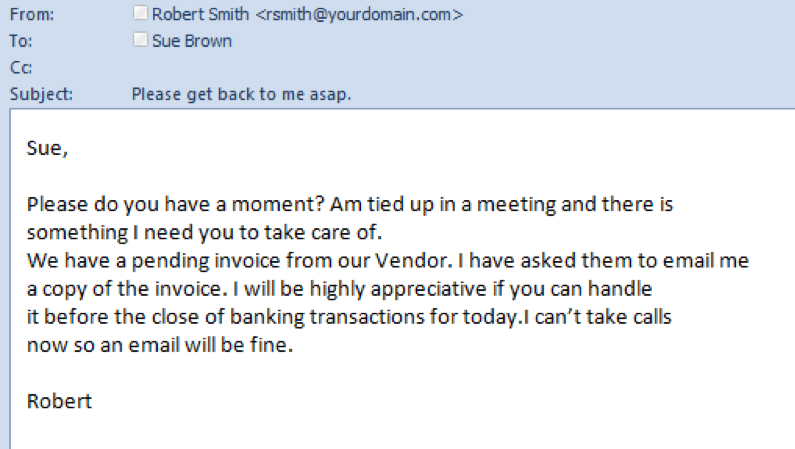 Figure 3: An example of a threat actor engaging in business email compromise (BEC), which is a type of known imposter activity.

In 2019, threats specific to Canadian interests, whether abusing Canadian brands, or affecting Canadian organizations through specific geo-targeting mean that defenders at Canadian companies must be cognizant of threats far more targeted than “North America.” Banking Trojan and the Emotet botnet lead the pack, creating risks for organizations and individuals with compelling lures and carefully crafted social engineering. While Canada-targeted threats are not new, Emotet in particular, with its frequent region-specific email campaigns, is bringing new attention to geo-targeting in Canada and beyond.