Among the key takeways from Proofpoint’s Q4 Threat Report:

Email remains by far the most common vector for malware attacks and phishing, while the frequency of email fraud continues to rise rapidly. As we observed throughout 2018, the email landscape contained a diverse group of threats, instead of being dominated by any one malware family as occurred in 2016 and 2017. As shown in Figure 1, bankers, downloaders, and information stealers comprised 90% of all malware payloads, but remote access Trojans (RATs) doubled relative to other malware families, appearing in 8% of all campaigns. 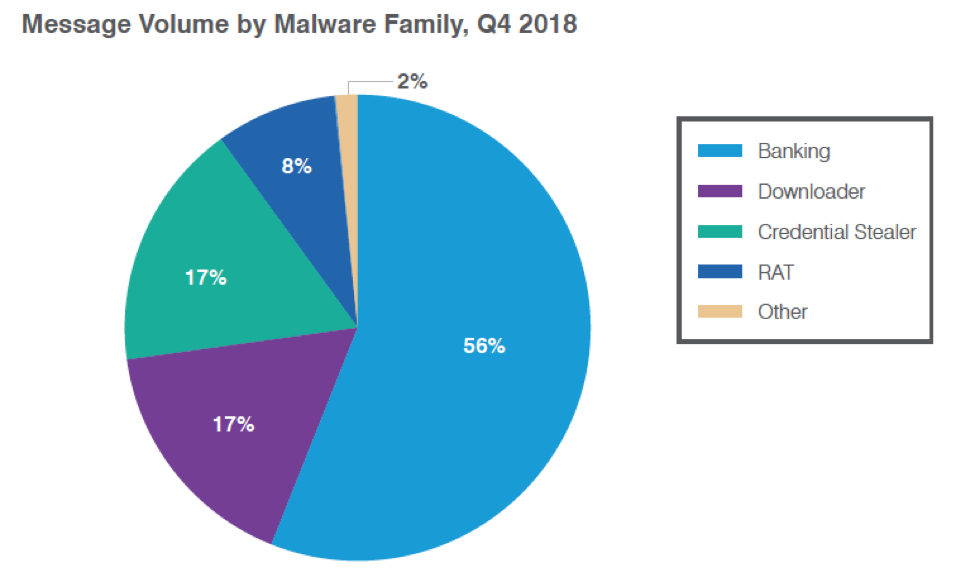 Figure 2 shows the steadily increasing overall message volumes throughout 2018, as well as the relatively steady mix of downloaders, stealers, and bankers across quarters. Note that the minor spike in ransomware in Q2 was basically wiped out in Q4, as ransomware comprised just one tenth of one percent of overall malicious payloads in email. 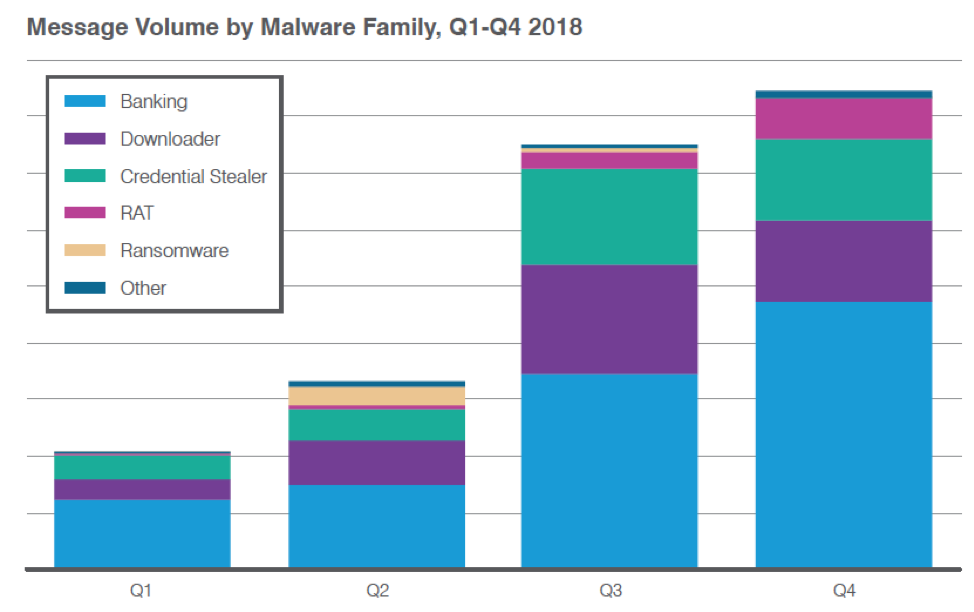 Figure 2: Indexed relative volume of malicious messages by family across quarters for 2018

Email fraud, also known as BEC, continued its rapid growth with the number of attacks per targeted organization increasing 226% vs. Q3 2018 and 476% year over year. Telecommunications, education, and transportation all saw above average growth in email fraud attacks, but no industry was immune and actors targeted companies of all sizes..

Coinive activity, which has grown continuously over the year, spiked at the end of Q4, with two weeks of activity 23 times the average for the quarter. Again, we will continue to monitor this activity to determine whether this represents a trend or a seasonal anomaly.

The Q4 Threat Report provides insight into the shifting threat landscape that can inform your cybersecurity strategy. Here are our top recommendations for how you can protect your company and brand in the coming months: