Even with recent volatility in the price of most cryptocurrencies, especially Bitcoin, interest among mainstream users and the media remains high. At the same time, Bitcoin alternatives like Monero and Ethereum continue their overall upward trend in value (Figure 1), putting them squarely in the crosshairs of threat actors looking for quick profits and anonymous transactions. Because obtaining these cryptocurrencies through legitimate mining mechanisms is quite resource-intensive, cybercriminals are stealing them, demanding ransomware payments in them, and harnessing other computers to mine them for free. Recently, Proofpoint researchers have been tracking the massive Smominru botnet, the combined computing power of which has earned millions of dollars for its operators.

Figure 1: Monero cryptocurrency values (top) and relative values of major cryptocurrencies, including Bitcoin, over the past year (bottom)

Since the end of May 2017, we have been monitoring a Monero miner that spreads using the EternalBlue Exploit (CVE-2017-0144). The miner itself, known as Smominru (aka Ismo [6]) has been well-documented  [1] [2] [3] [4] [5] [10], so we will not discuss its post-infection behavior. However, the miner’s use of Windows Management Infrastructure is unusual among coin mining malware.

The speed at which mining operations conduct mathematical operations to unlock new units of cryptocurrency is referred to as “hash power”. Based on the hash power associated with the Monero payment address for this operation, it appeared that this botnet was likely twice the size of Adylkuzz [9]. The operators had already mined approximately 8,900 Monero (valued this week between $2.8M and $3.6M). Each day, the botnet mined roughly 24 Monero, worth an average of $8,500 this week (Figure 2). 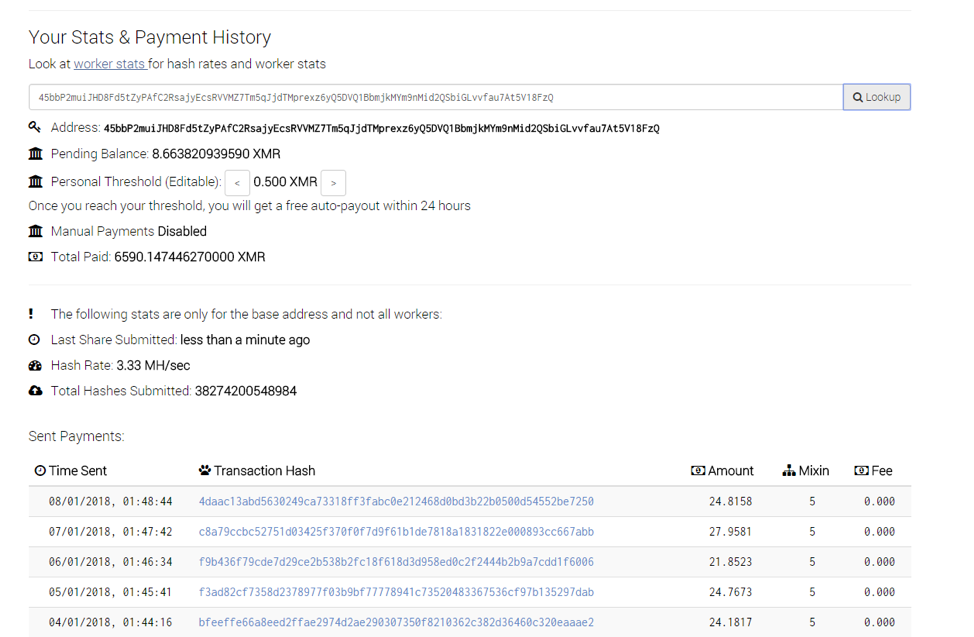 Figure 2: Smominru Stats and Payments on the MineXMR mining pool

We could also see that the average hash rate to date this year was quite high (Figure 3):

At least 25 hosts were conducting attacks via EternalBlue (CVE-2017-0144 SMB) to infect new nodes and increase the size of the botnet. The hosts all appear to sit behind the network autonomous system AS63199. Other researchers also reported attacks via SQL Server [3], and we believe the actors are also likely using EsteemAudit (CVE-2017-0176 RDP), like most other EternalBlue attackers. The botnet’s command and control (C&C) infrastructure is hosted behind SharkTech, who we notified of the abuse but did not receive a reply.

With the help of abuse.ch [7] and the ShadowServer Foundation [8], we conducted a sinkholing operation to determine the botnet size and location of the individual nodes. The botnet includes more than 526,000 infected Windows hosts, most of which we believe are servers. These nodes are distributed worldwide but we observed the highest numbers in Russia, India, and Taiwan (Figures 4 and 5). 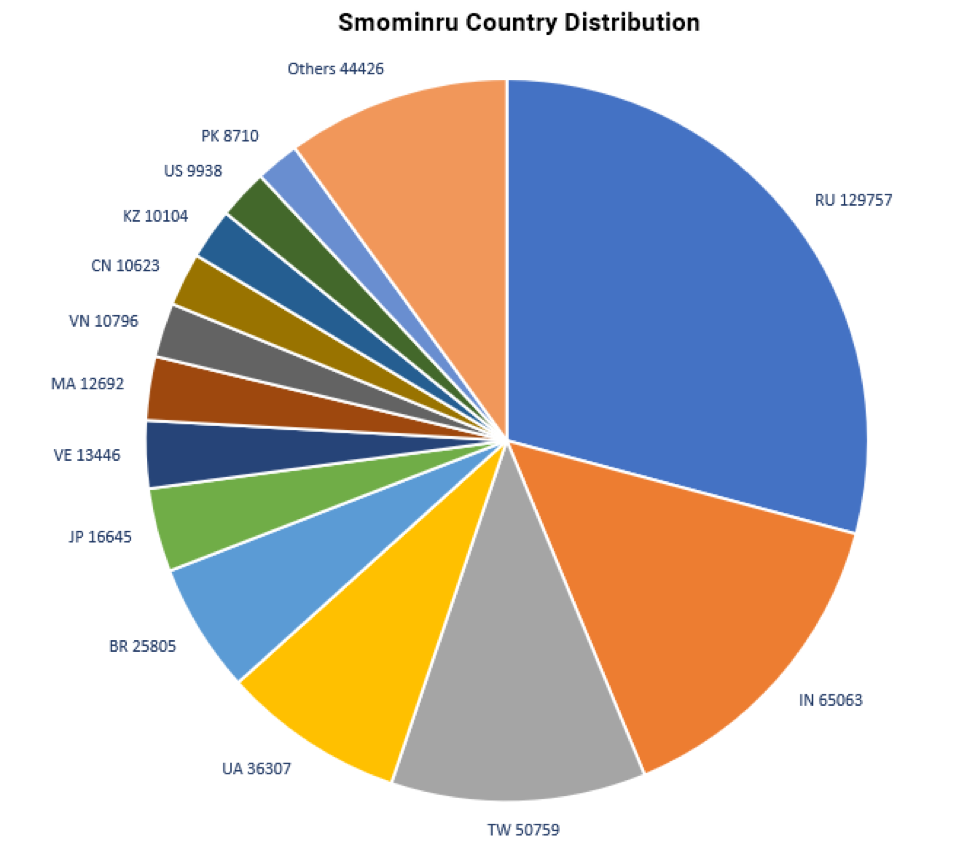 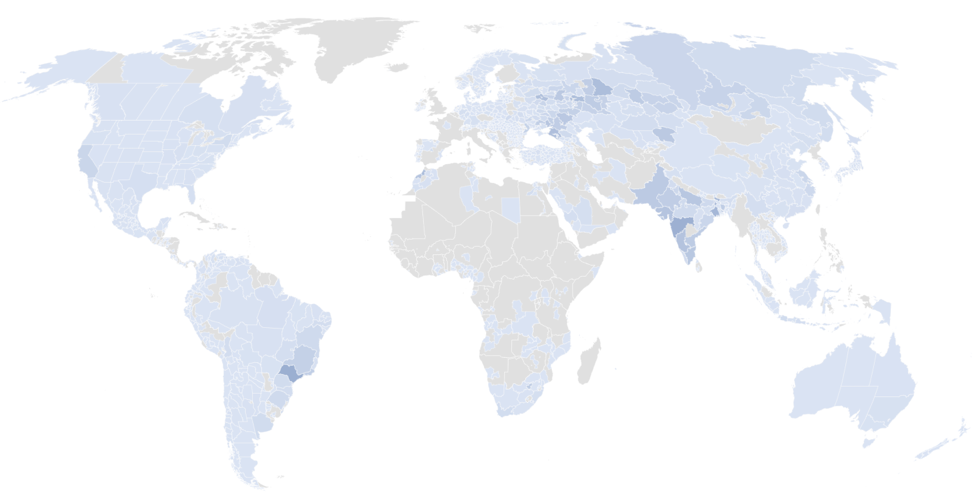 We contacted MineXMR to request that the current Monero address associated with Smominru be banned. The mining pool reacted several days after the beginning of the operation, after which we observed the botnet operators registering new domains and mining to a new address on the same pool. It appears that the group may have lost control over one third of the botnet in the process (Figure 6). 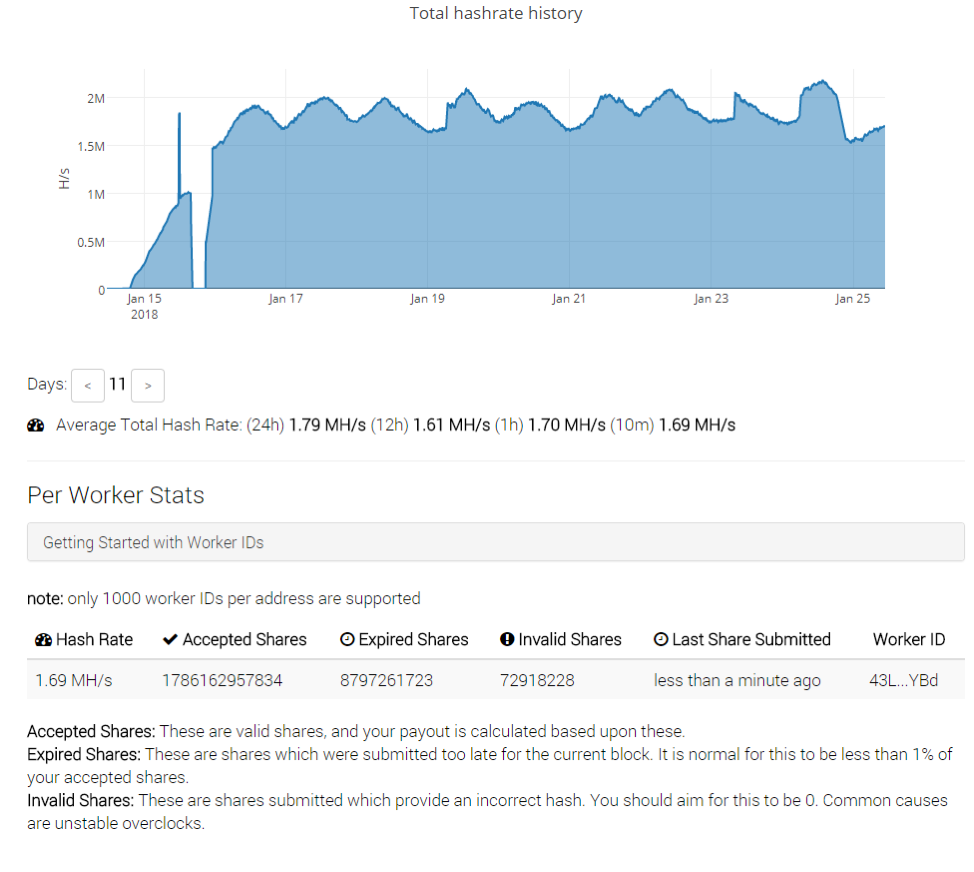 Figure 6: Smominru adapting to the sinkholing and returning to two thirds of its hash rate with a new Monero mining address 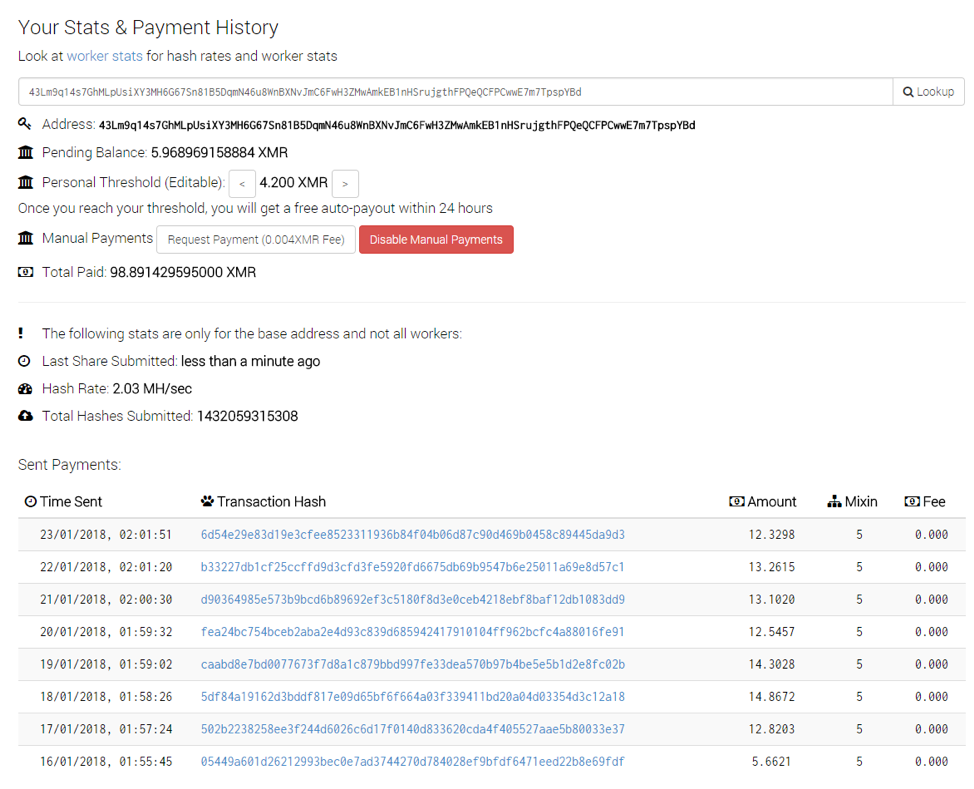 Cryptocurrencies have been used by cybercriminals for years in underground markets, but in the last year, we have observed standalone coin miners and coin mining modules in existing malware proliferate rapidly. As Bitcoin has become prohibitively resource-intensive to mine outside of dedicated mining farms, interest in Monero has increased dramatically. While Monero can no longer be mined effectively on desktop computers, a distributed botnet like that described here can prove quite lucrative for its operators.

Because most of the nodes in this botnet appear to be Windows servers, the performance impact on potentially critical business infrastructure may be high, as can the cost of increased energy usage by servers running much closer to capacity. The operators of this botnet are persistent, use all available exploits to expand their botnet, and have found multiple ways to recover after sinkhole operations. Given the significant profits available to the botnet operators and the resilience of the botnet and its infrastructure, we expect these activities to continue, along with their potential impacts on infected nodes. We also expect botnets like that described here to become more common and to continue growing in size.

We would like to thank abuse.ch and ShadowServer for their help.