Share with your network!
July 02, 2019 Matthew Mesa and Dennis Schwarz with the Proofpoint Threat Insight Team

Throughout 2018, Proofpoint researchers observed threat actors increasingly distributing downloaders, backdoors, information stealers, remote access trojans (RATs), and more as they abandoned ransomware as their primary payload. In November 2018, TA505, a prolific actor that has been at the forefront of this trend, began distributing a new backdoor we named “ServHelper”. ServHelper has two variants: one focused on remote desktop functions and a second that primarily functioned as a downloader.

In June 2019, TA505 appears to have introduced yet another new downloader malware, AndroMut, which has some similarities in code and behavior to Andromeda, a long-established malware family. Proofpoint research has observed AndroMut download malware referred to as “FlawedAmmyy.” FlawedAmmyy is a full-featured RAT that was first observed in early 2016 and is based on the leaked source code of a legitimate shareware tool, Ammyy.

The HTM or HTML attachments contained links to the download of an Office file. Depending on the specific case, the delivered Word or Excel file used macros to execute a Msiexec command that would download and execute either the FlawedAmmyy loader or AndroMut. In the cases that involved AndroMut, Proofpoint researchers observed it downloading FlawedAmmyy. 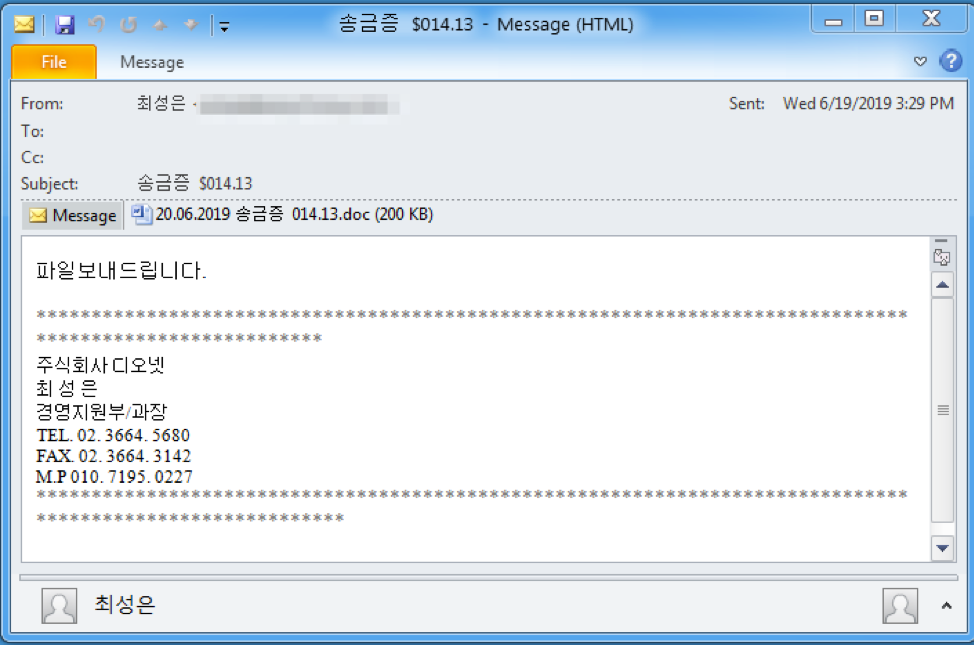 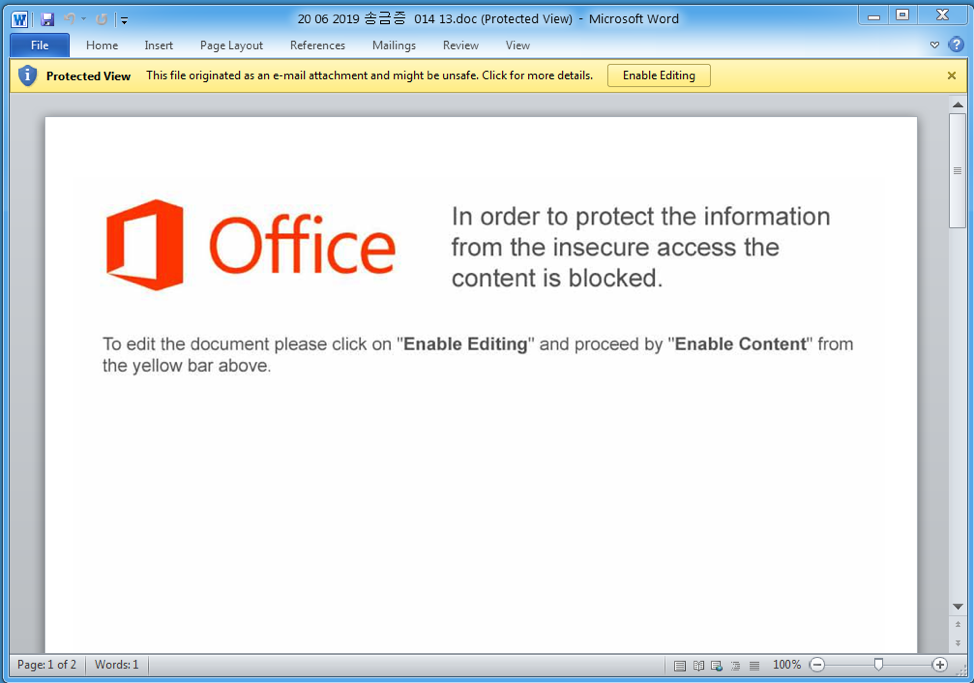 The second campaign targeted recipients at financial institutions in Singapore, UAE, and the USA. The message lures used the following details:

Again, depending on the specific case, the delivered Word or Excel file used macros to execute a Msiexec command that would download and execute either the FlawedAmmyy loader or AndroMut. In the cases that involved AndroMut, we observed it downloading FlawedAmmyy. 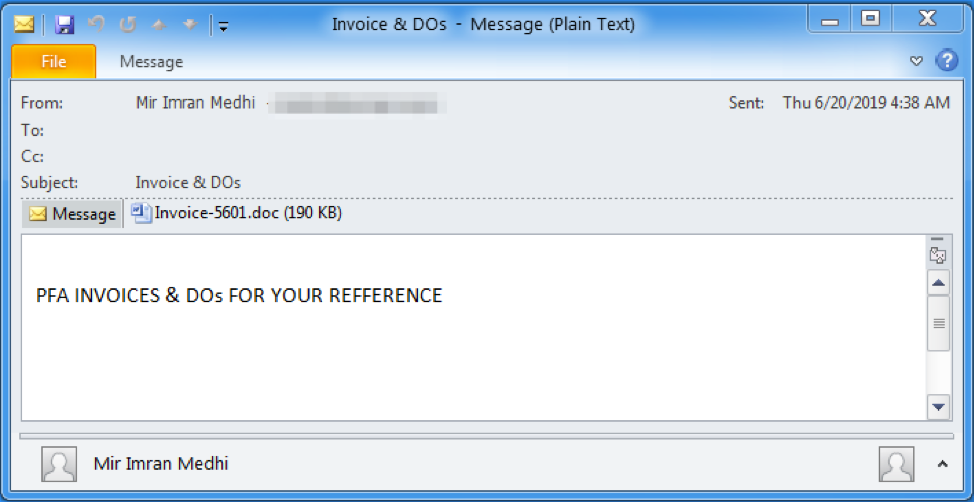 AndroMut is a new downloader malware written in C++ that Proofpoint researchers began observing in the wild in June 2019. The “Andro” part of the name comes from some of the pieces which bear resemblance to another downloader malware known as Andromeda [1] and “Mut” is based off a mutex that the analyzed sample creates: “mutshellmy777”.

The malware resolves most of its Windows API calls at runtime by hash. The hashing algorithm is called “ror13AddHash32Dll” by FireEye [2] and it rotates right (ROR) each character of the DLL and API name by 13 then adds them together. Some example API hashes are:

AndroMut decrypts strings in one of two ways:

Depending on user privileges the malware creates persistence by either scheduling a task that executes a created LNK file in the Recycle Bin or via the “Registry run” method.

The URL is constructed from the configuration and C&C communication is established using HTTP POST requests. An example response to such a request is depicted in Figure 6:

It is a JSON object that contains a data key which contains the following keys:

The “status” key maps to different commands. The rest of the keys are command-specific arguments. AndroMut is able to execute the following commands:

Other "status" codes include:

At the time of publication Proofpoint researchers have only seen AndroMut deliver the FlawedAmmyy Remote Access Trojan (RAT) [4] in the above TA505 campaigns.

Similarity to Other Malware

While Proofpoint researchers believe that AndroMut is a new malware family, it is worth mentioning in passing that some of its analysis felt familiar. Proofpoint has observed some low-confidence overlaps between it and two other malware downloaders: Andromeda [1] and QtLoader [5] [6]. The research into the latter malware also noted some similarities to Andromeda.

TA505 has helped shape the threat landscape for years, largely because of the massive volumes associated with their campaigns through the end of 2017 and into 2018. Over the last two years, Proofpoint researchers have observed TA505 and a number of other actors focus on downloaders, RATs, information stealers, and banking Trojans. With this new June 2019 push, commercial banking verticals in the United States, UAE, and Singapore appear to be the primary targets as part of TA505’s usual “follow the money” behavioral pattern. The new AndroMut downloader, when combined with the FlawedAmmy RAT as its payload appears to be TA505’s new pet for the summer of 2019.