Proofpoint researchers discovered and reported on the DanaBot banking malware in May 2018 [1]. In our October 2018 update [2], we speculated that DanaBot may be set up as a “malware as a service” in which one threat actor controls a global command and control (C&C) panel and infrastructure system and then sells access to other threat actors known as affiliates. Affiliates then target and distribute DanaBot malware as they see fit. While analyzing a component of this infrastructure, we discovered an interesting graphical client application that we believe to be a control panel used by affiliates to access the global C&C system. Once logged on to the system, they can configure and build their DanaBot malware; access infected devices; and sift through any stolen data including credentials, financial account information, and more.

Our current theory is that when an affiliate buys access to the DanaBot system, they are given the control panel application described here and a user account to the global C&C system.

Like the malware, the control panel is written in the Delphi programming language. It has a compilation date of “2019-02-04 22:33:42” and an internal name of “Client.exe”. The application is mostly a graphical frontend in which inputs are formatted as commands that are sent to a backend C&C server for processing. Once processed, the C&C server sends back the results, which are then displayed by the application.

Figures 1 through 6 give a tour of the main components of the control panel. While a valid login is required to send and receive data to and from the backend C&C server, the figures still illustrate some of the potential actions a DanaBot affiliate can execute via the control panel: 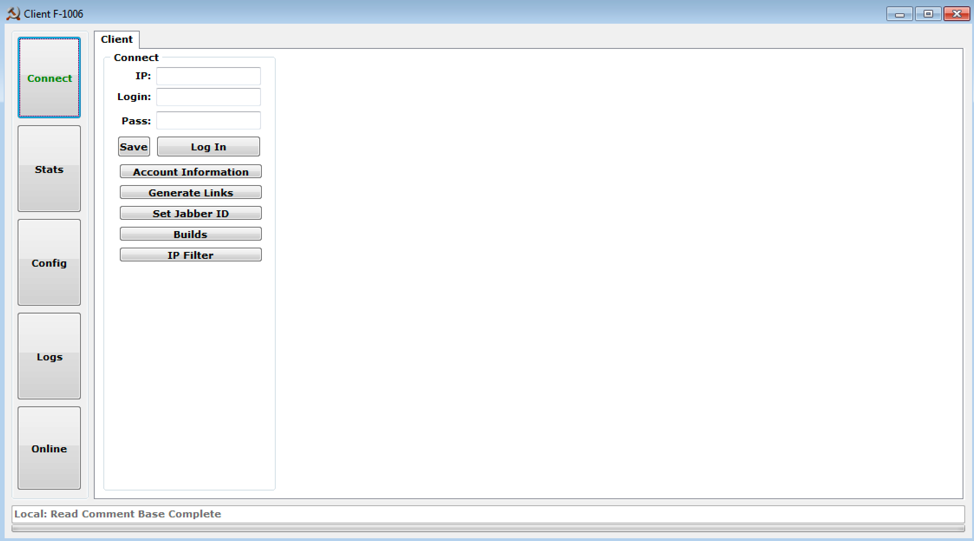 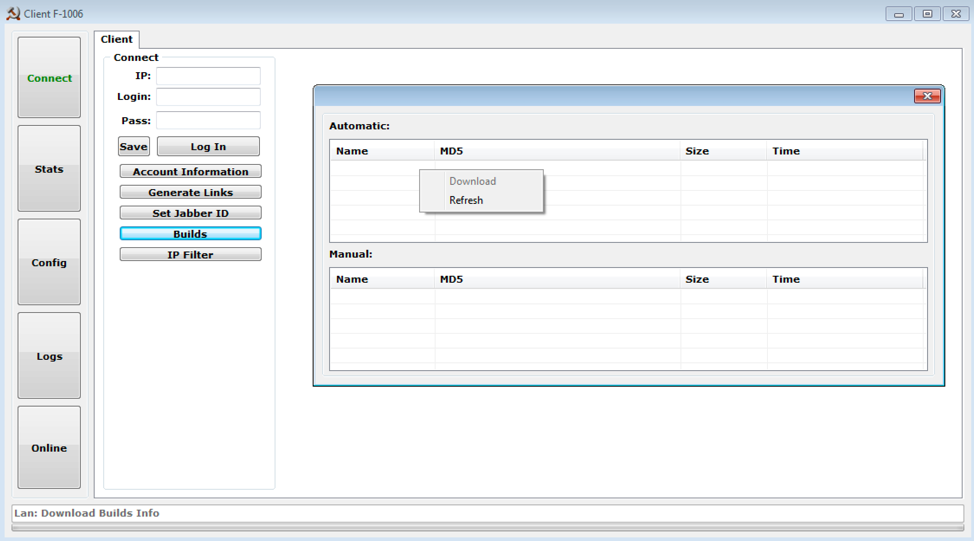 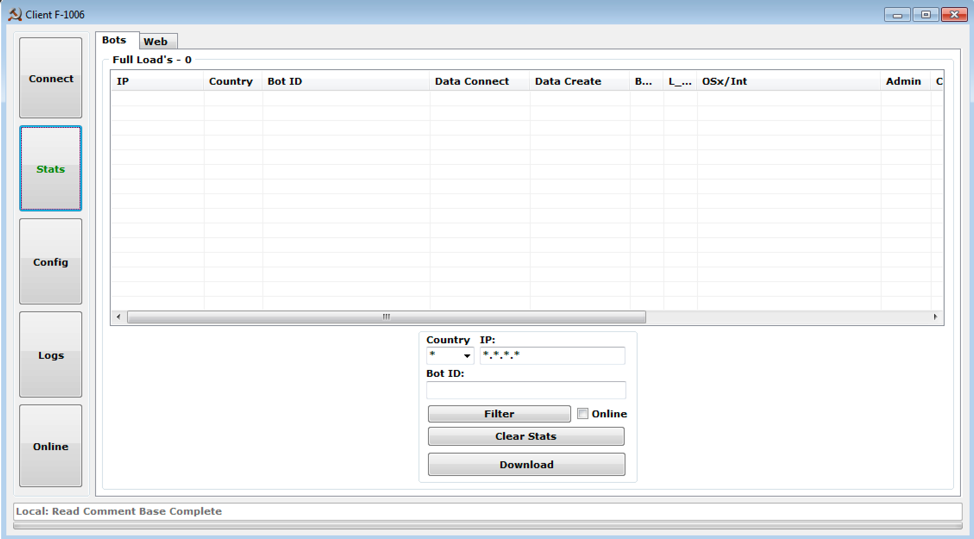 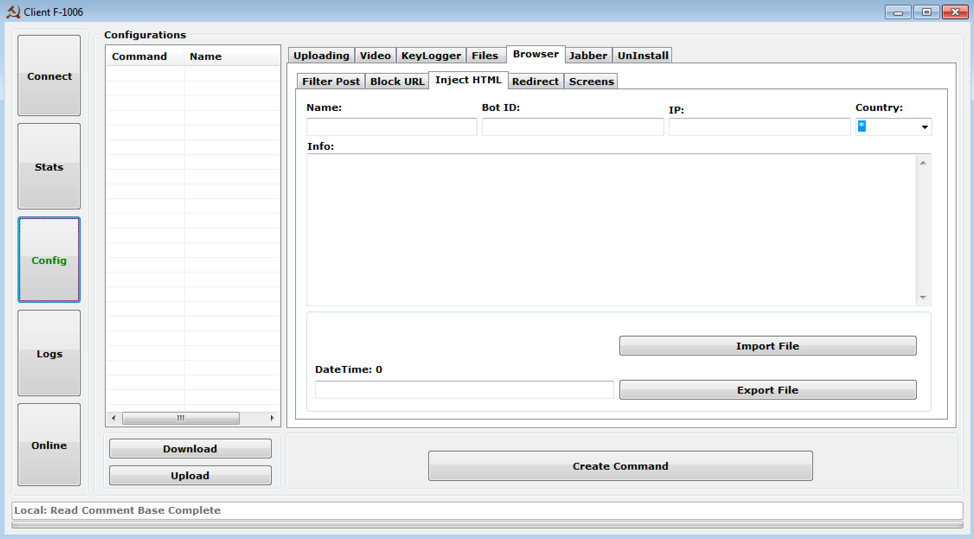 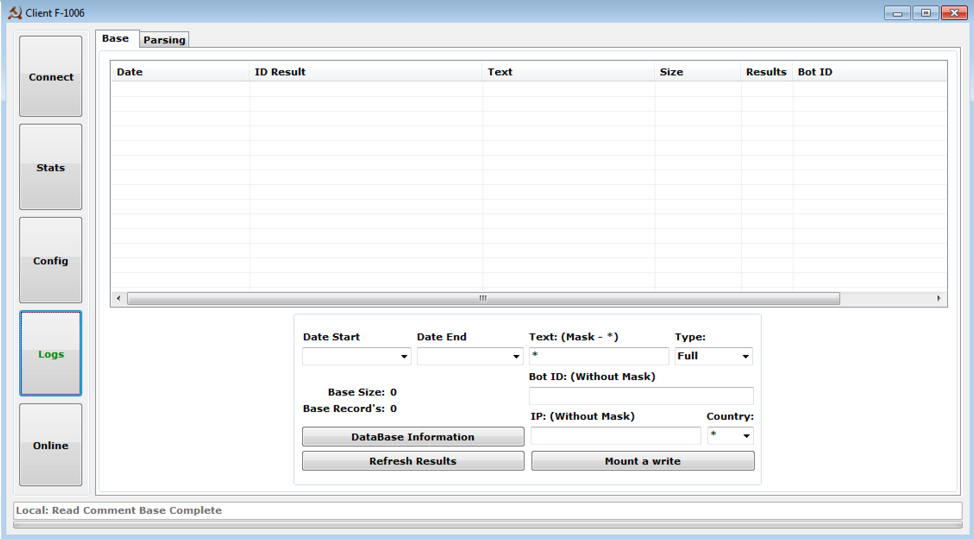 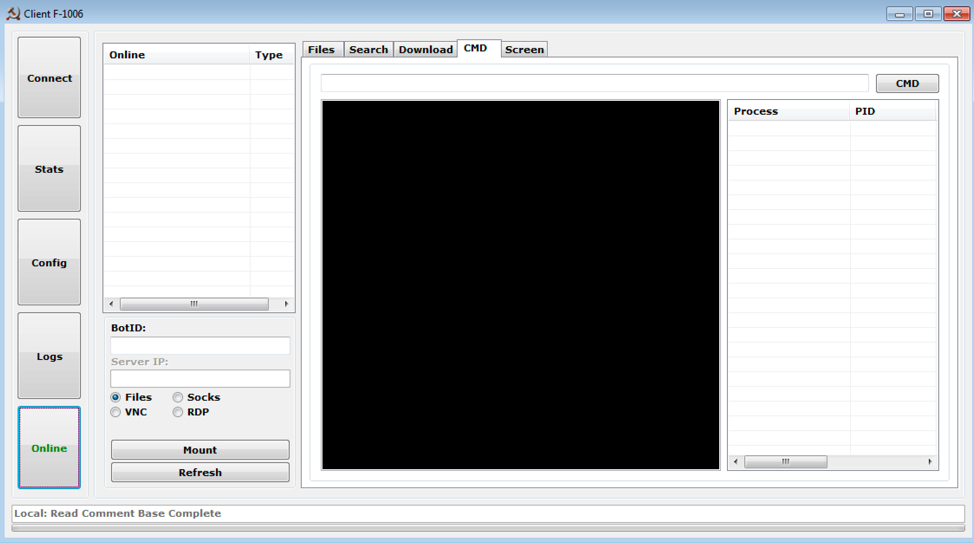 In February 2019, a new version of the DanaBot malware was spotted in the wild that contained a new C&C protocol. ESET researchers were the first to notice the update and published a blog post [3] detailing the changes. Since then all of the DanaBot affiliates into which we have visibility have switched to this new version.

Using ESET’s post as background, we can compare and contrast the network communications used in the control panel application (traffic generated when trying to login to a C&C server - Figure 7) and the C&C protocol used in the malware (initial beacon - Figure 8). 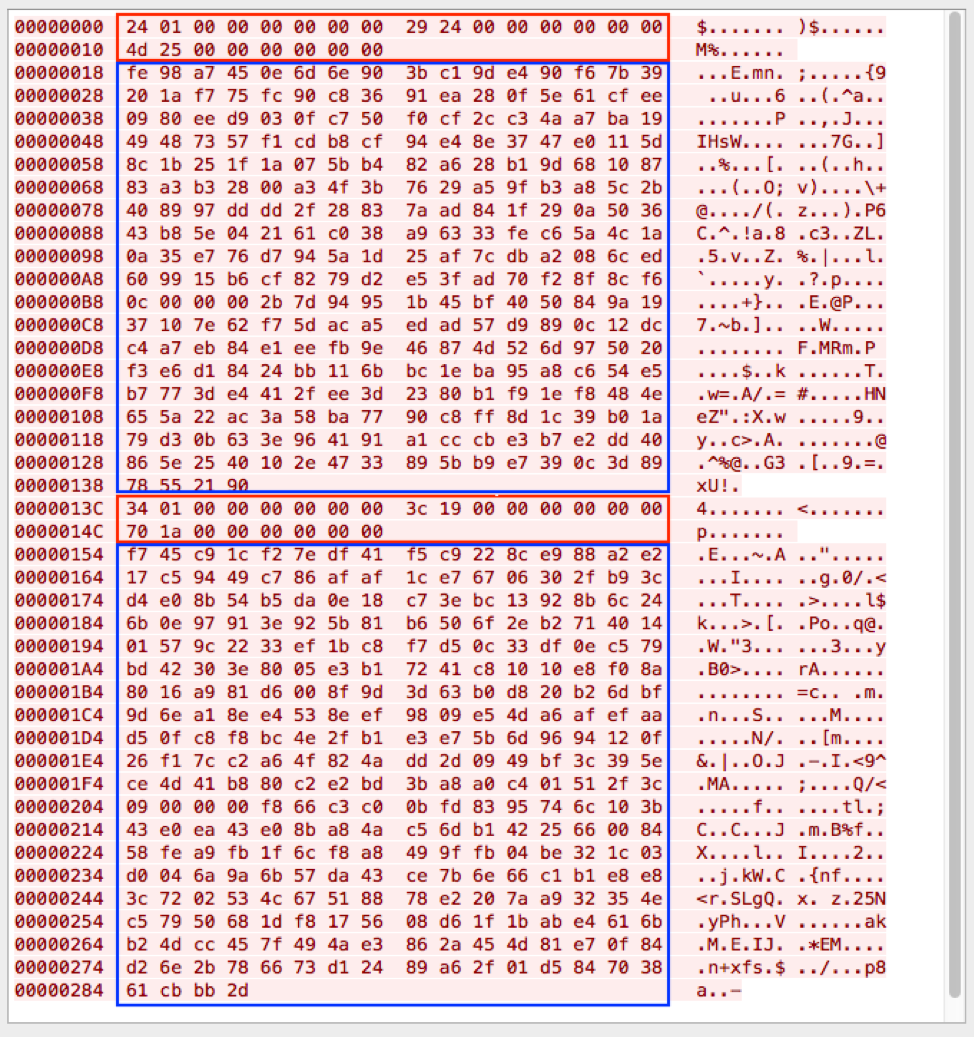 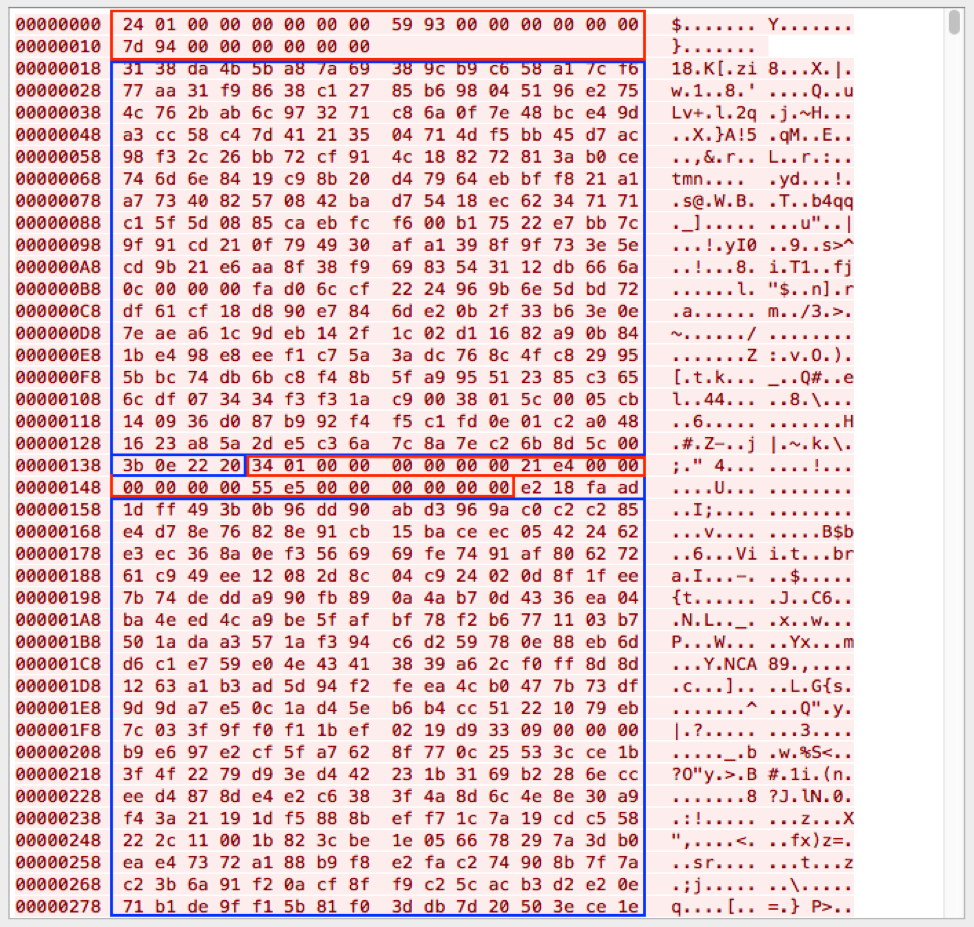 The encrypted data sections are composed of 3 pieces:

In the first set of communications, the AES encrypted data contains a second RSA public key that is generated by the control panel application and malware. This second RSA key is used to decrypt data sent back from the C&C server.

The second set of communications contains the initial commands “login command” for the control panel application and “initial beacon” for the malware. Both commands use a 167-byte structure and share many common fields as shown in Table 1. Some fields that only appear to apply to the malware such as architecture and process integrity are set to zero in the control panel.

The second major feature that the control panel application and malware have in common is an embedded RSA public key used for encrypting AES session keys in the C&C protocol:

This RSA public key has actually been used in all of the DanaBot malware samples we have observed since the upgrade in February. It is part of the reason we suspect that there is a single global C&C panel with which all affiliate malware communicates.

In addition to the overlapping C&C protocol and shared RSA key, the code in both the control panel and the malware share the same structure and style.

A stand-alone binary application through which affiliates access malware control panels is unusual, with malware developers generally opting for web-based control panels. Several factors, however, suggest that the application described here is used by DanaBot affiliates to build and configure their malware and then to access victim devices.

In either case, it is usually a careless OPSEC mistake by a threat actor or an intentional “leak” of the malware that exposes the control panel. Once exposed, however, they tend to provide useful insights into malware campaigns and a perspective usually hidden to defenders.